“It’s Never What You Expect.”

Oh yes, if you enjoyed watching the great show ‘Daybreak’ and are wondering if there will be more seasons to watch, you’ve come to the right place. Because we’re going to discuss why the show didn’t get any updates after the premiere of its first season. 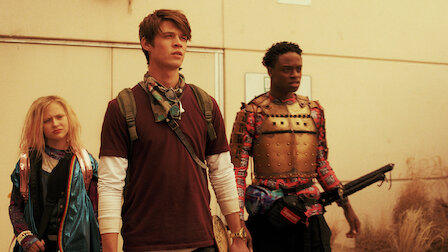 He is accompanied by a motley crew of crazies. Notably, Angelica, a 10-year-old pyromaniac, and Josh’s former high school bully Wesley, who is now a pacifist wanna be samurai. 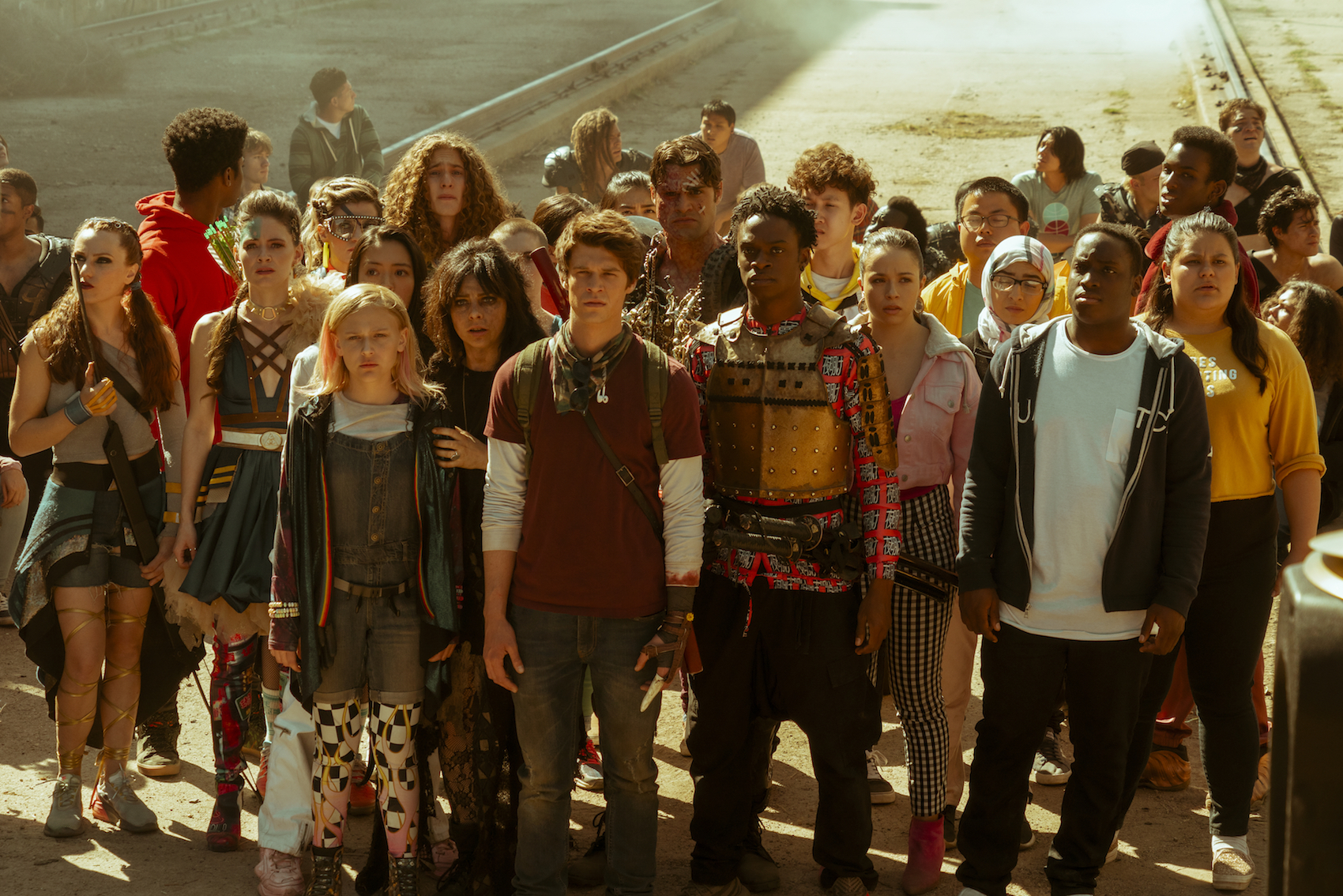 Josh tries to survive among the swarms of Mad Max-style gangs, grownups who have transformed into zombie-like creatures known as Ghoulies, and the enigmatic Baron Triumph. Too much thrill involved.

Daybreak Is Officially Cancelled By Netflix

We’ll go directly to the point now. Netflix officially canceled the show ‘Daybreak’ in December 2019, just after season one.

Aron Coleite, the show’s co-creator, revealed the information in a tweet following the termination of the show.

“We learned last week that Daybreak will not be returning for a second season. We’re so sorry we couldn’t share it with you sooner but also grateful that we got to hang out in these last few live-tweet sessions with all of you,” the statement reads. 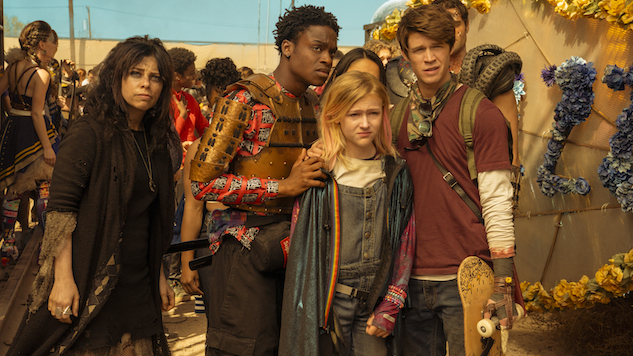 “Thank you for picking up what we put down, for running with it in all of your amazing, weird, monstrous ways, and for being such an important part of this show and our experience making it.”

He continued, “No one is as heartbroken as we are that we can’t share more of this ride with you. But we’re so grateful to have gotten to bring it this far.”

I don't even know how to say this, so we prepared a small statement. Love you all. Thank you! pic.twitter.com/rKXWxuaaFh

If you’re wondering why the show was canceled, nothing has been officially announced.

Fans Reaction On The Cancellation Of ‘Daybreak’

Understandably, supporters of the show are disappointed with the cancellation. Watch the post mentioned below; the comment area is practically overflowing with demands for a season two. But unfortunately, we won’t get any.

We never anticipated such a magnificent show to be canceled, let alone after only one season.

As explained previously, fans were disappointed with the show’s cancellation. They did, however, start a petition to renew the show. Surprisingly, over 38 thousand people have signed it. Look at the image below. 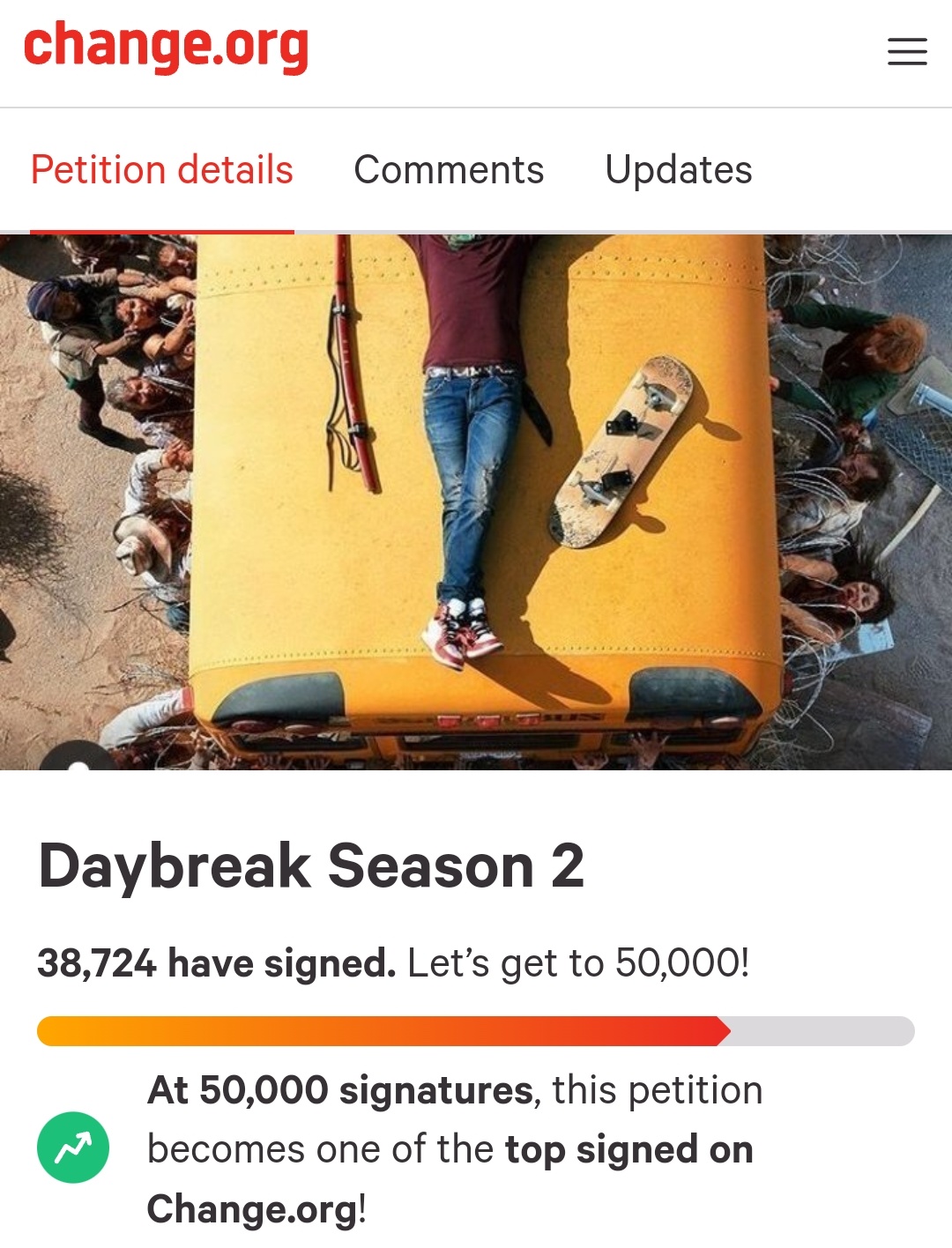 The petition webpage regarding the renewal of Season 2 reads, ‘Daybreak is an amazing show with a great cast and incredible fanbase. Season 1 ended with a cliffhanger and fans want to know what happened.’ 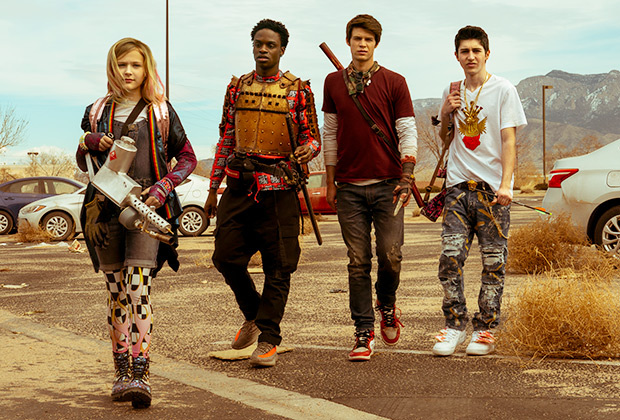 Do you intend to sign the petition? Because people took it to heart, and as a result, wonderful shows are being canceled, which is understandable to be serious about the cancelation.

For the time being, we know there will be no more seasons. However, we will keep you updated if a miracle happens. Till then, stay tuned with us.