The fifth season of Cobra Kai’s cast list includes enemies turning into allies or characters returning with their own storyline.

Anyone who has seen the Karate Kid Trilogy will be able to understand the show Cobra Kai much better. Because it displays flashbacks of everything you’ll need.

Now that the series’ fourth season has ended, fans are looking forward to season five, which will premiere on September 9, 2022. 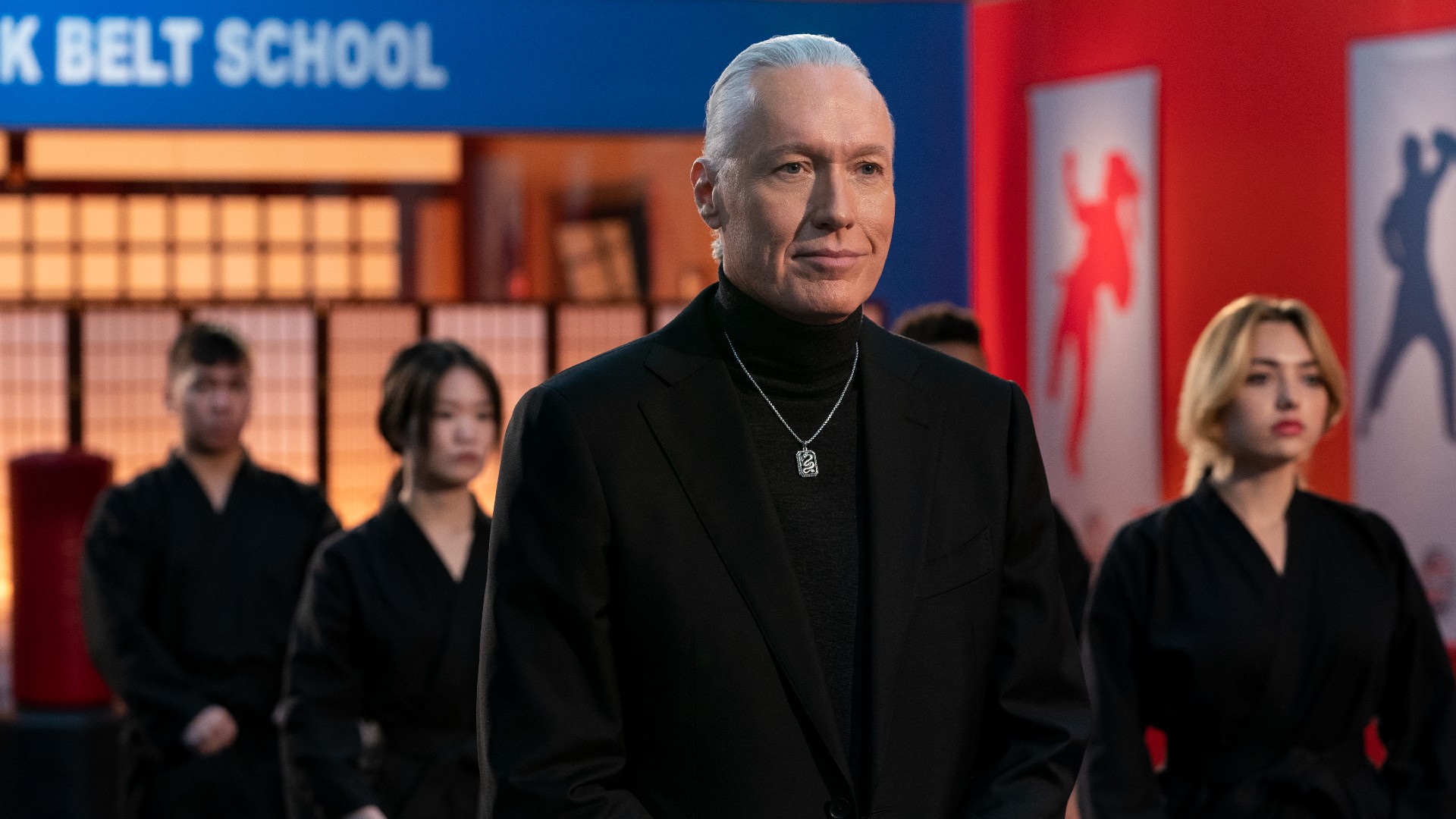 Every relationship on screen, whether negative or positive, is believable, and the show will quickly engross you and have you rooting for your favorite character. We know people whose favorite characters are the show’s most evil and villainous.

And now, with the show’s most interesting characters and the cast putting in such incredible effort, fans are eager to learn the cast list for season 5 of Cobra Kai, which, as always, we have. 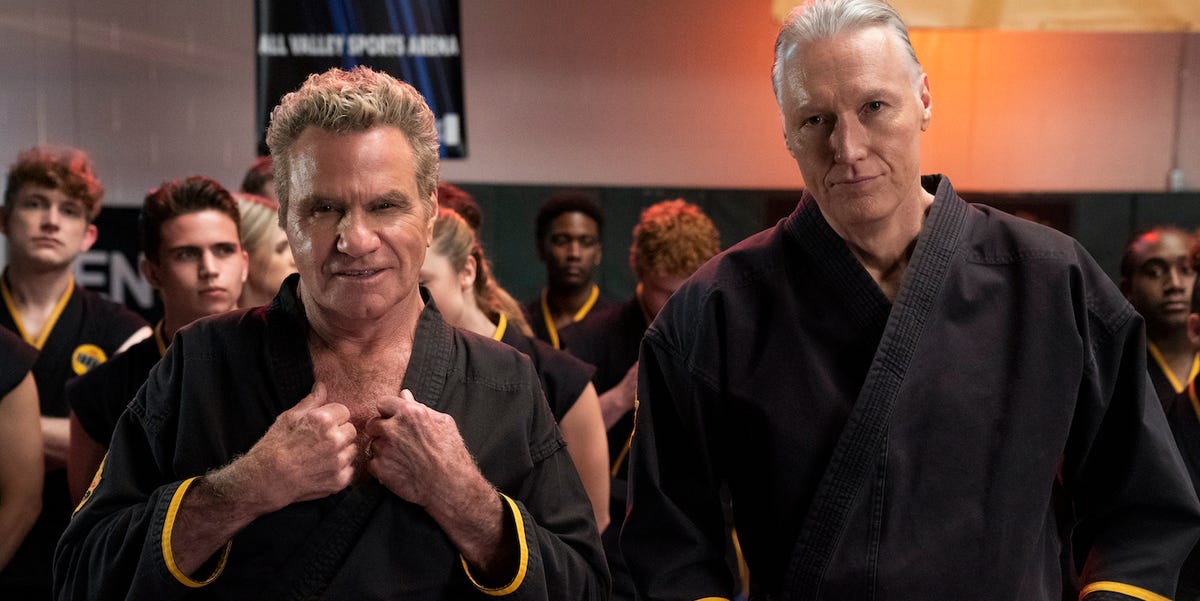 Let’s Talk About The Cast Of Cobra Kai Season 5

Are you ready to find out which of your favorite characters will return in season 5 of Cobra Kai?

Daniel is the owner of a prosperous car dealership in Southern California as a result of the events of Cobra Kai and given his rough upbringing past and the fact that he is the show’s main protagonist, we’re excited to see what story he has to portray in season 5. 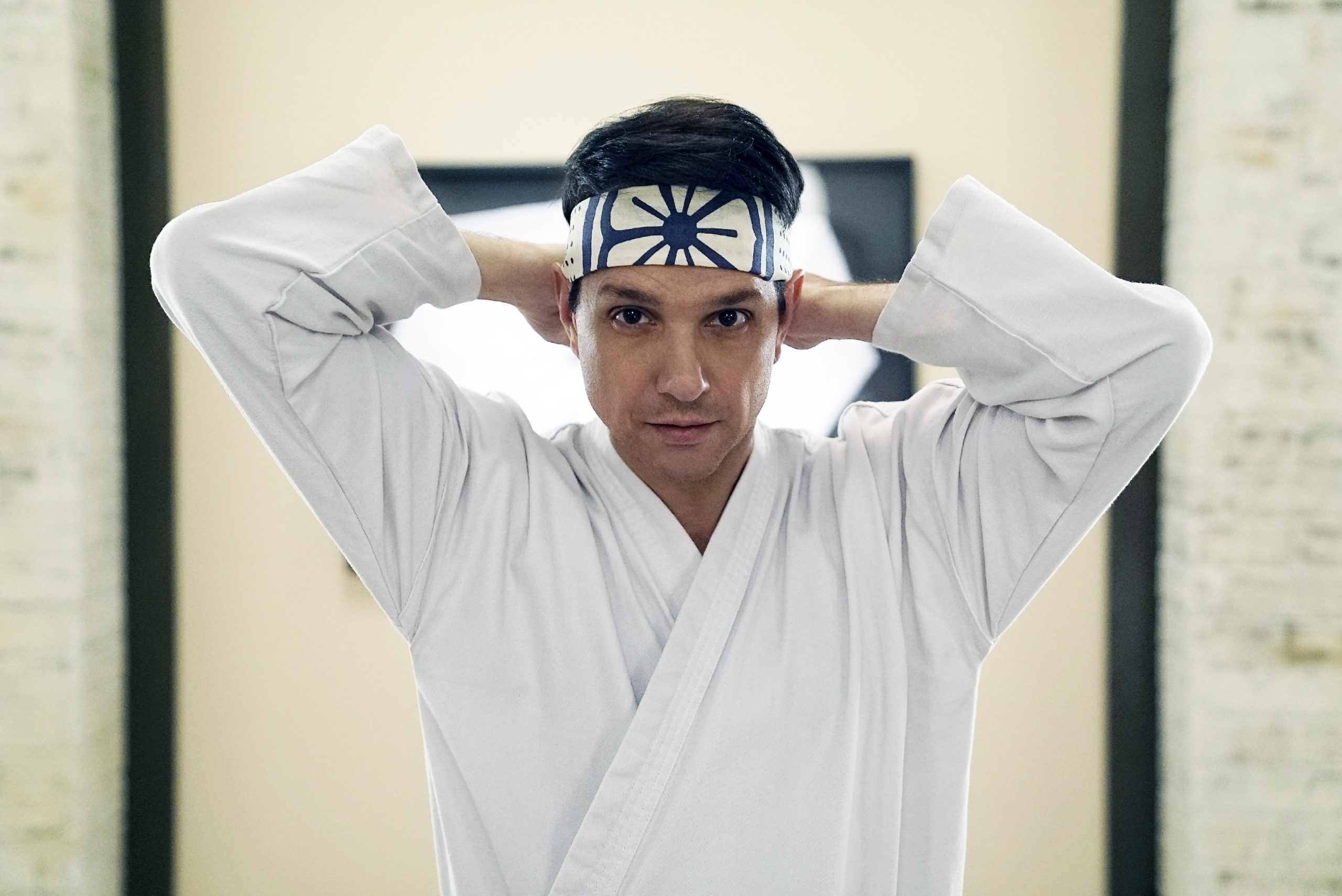 As we know Johnny Lawrence has been shown as the rival of Daniel LaRusso in the show. This occasionally led to prejudice. When it comes to Daniel and Johnny, the tide has turned.

Not enough to make Daniel appear horrible, but just enough to make him appear as someone who might be wrong at times. We learn from Johnny that life is not always as it appears and that he has nice qualities. 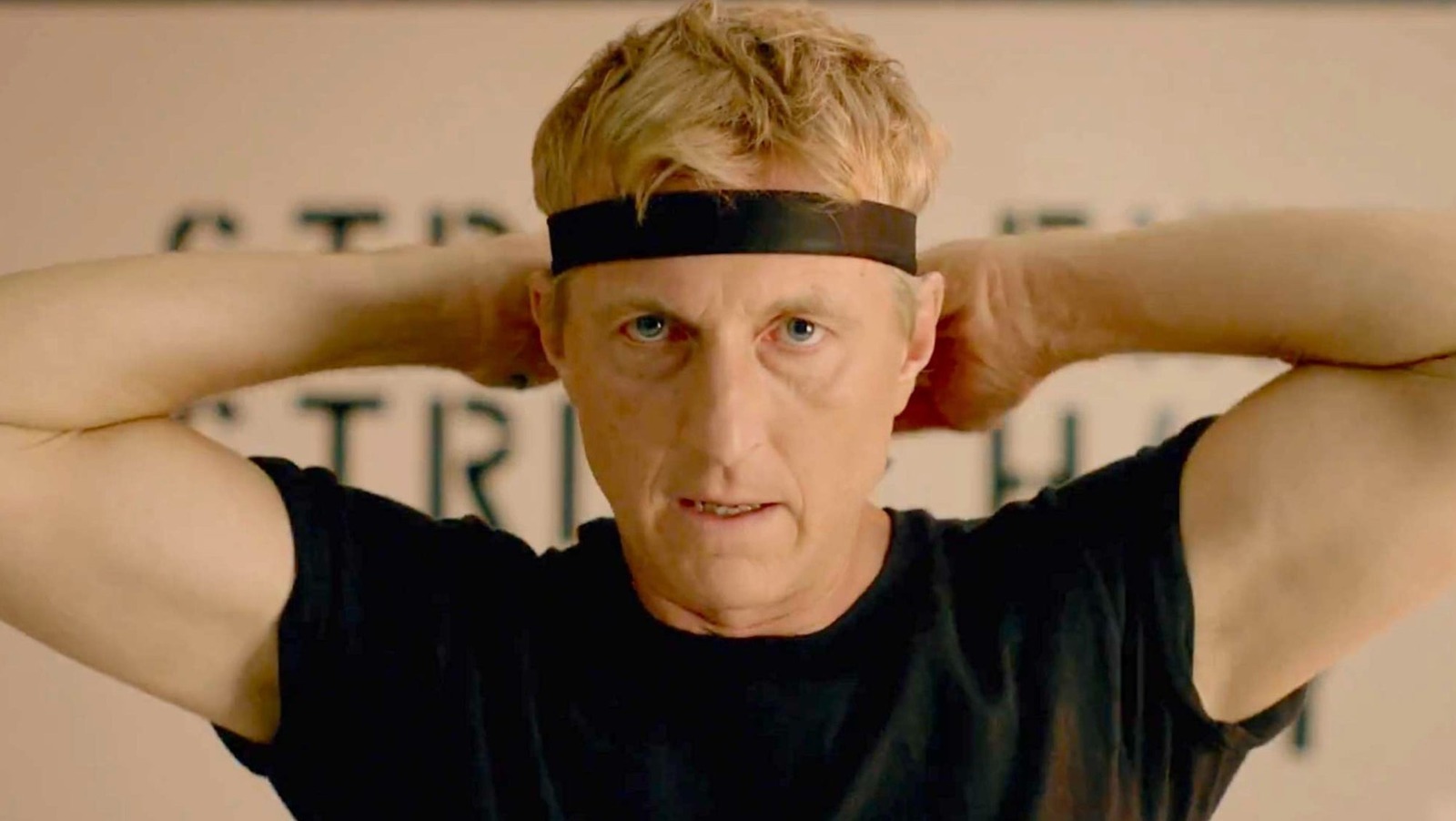 Since Daniel and Amanda have the same surname and appear to be from the same family, they are. They are therefore husband and wife.

As we all know, when Amanda tries to defend Sam for her conduct towards her during the home fight, she unintentionally gets Tory fired. Not only that but it was revealed at the end of Season 4 that Tory had been able to obtain help thanks to Amanda. 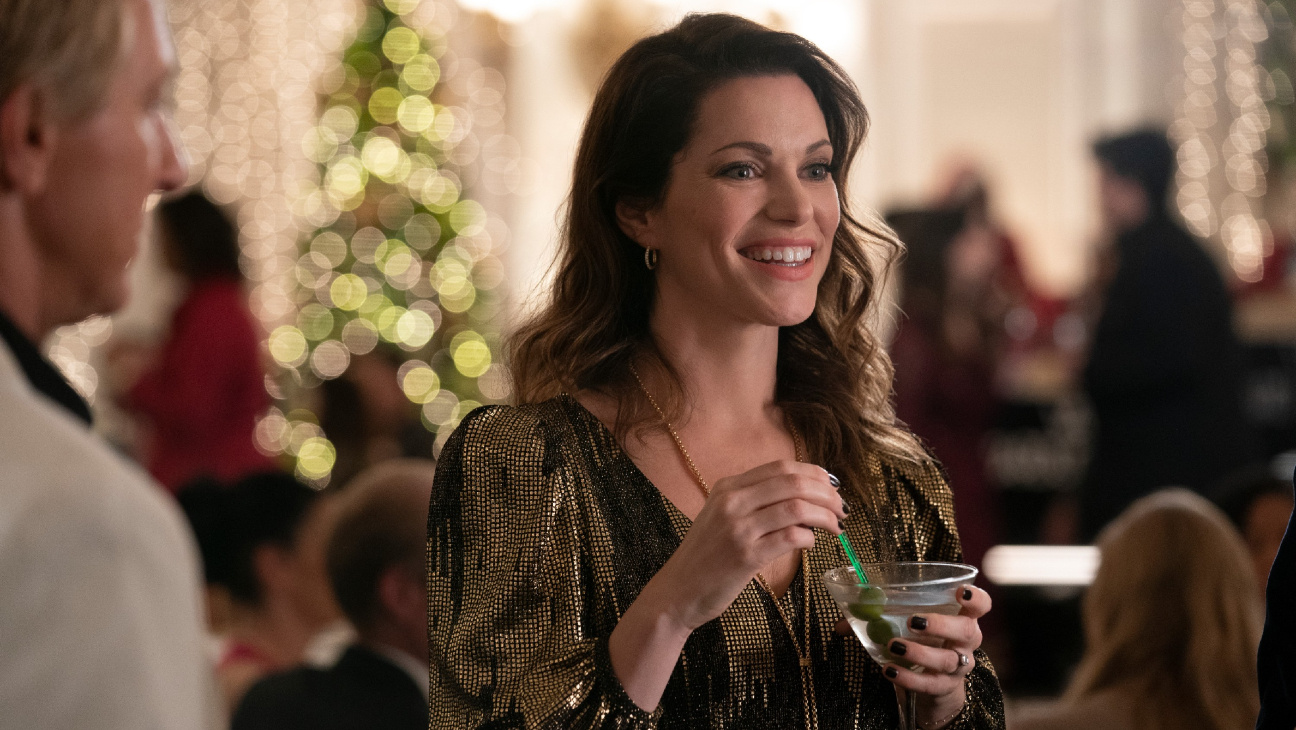 Amanda is the perfect wife. Smart, gutsy, knows what’s best for everyone, and has the patience of Buddha to tolerate all the members of her family.

Miguel, as we know from the beginning of the episode, is a low-self-esteem 16-year-old boy who lives with his mother and suffers from asthma, especially considering the fact that he is Johnny’s neighbor.

As we all know, Johnny has long been seen as Miguel’s father figure. When Miguel learns that Johnny is having an affair with his mother, things heat up. 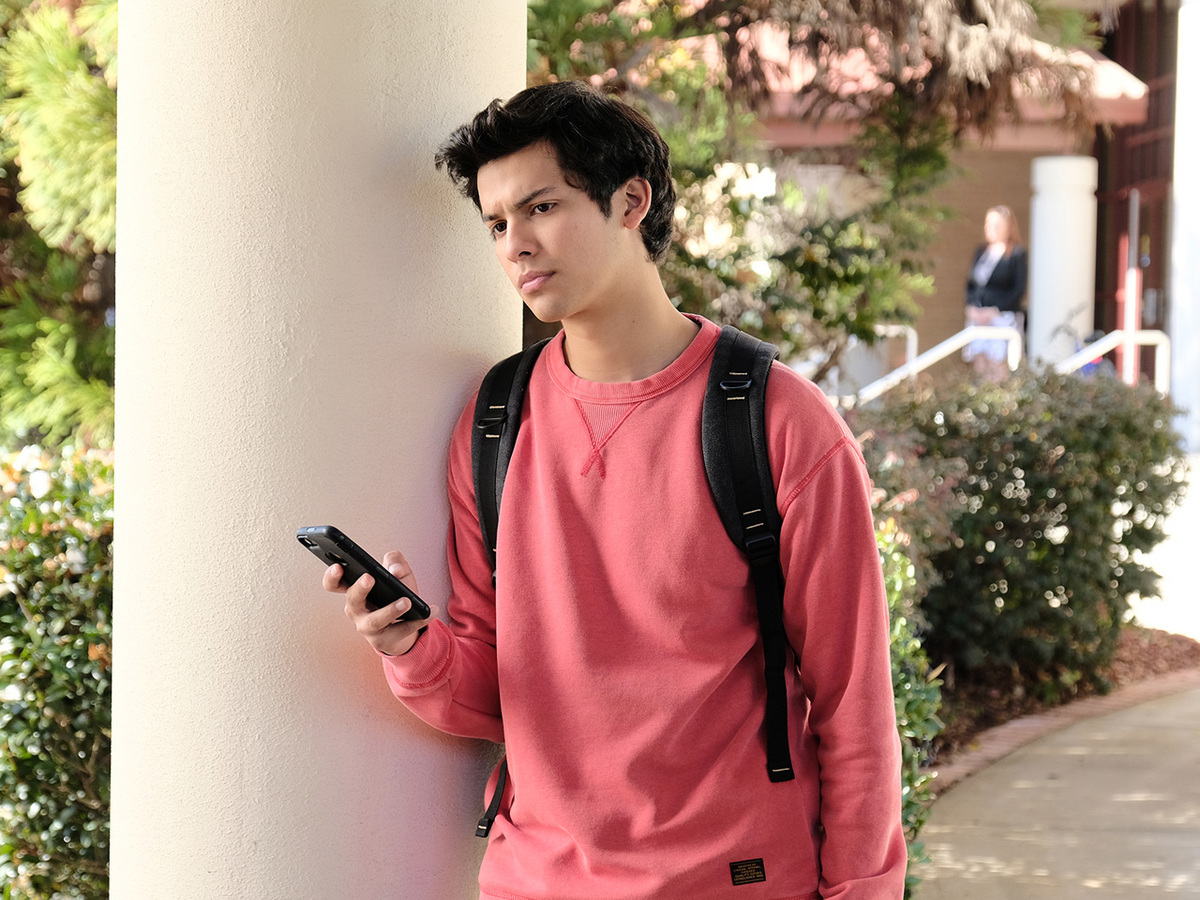 Robby was a character that few people liked or cared about, but by season 4, several people started to care about him and admired his writing for him.

Robby conversing with Kenny and understanding how much he resembles Miguel and Johnny is excellent character development. Yes, we have to admit that Robby and Tory are better compared to Miguel and Sam. 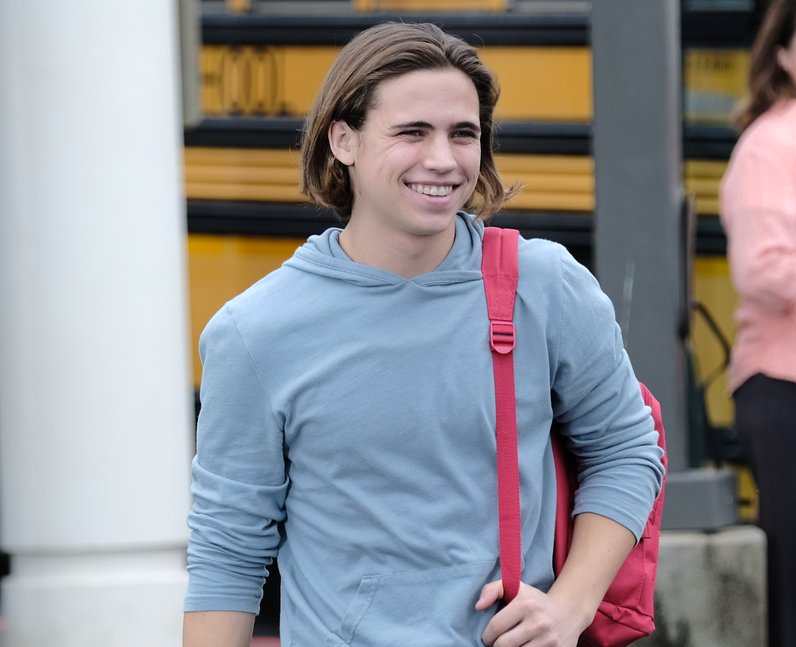 The majority of people appear to hate Sam because she is held responsible for almost everything. People start blaming Sam for showing up at the party with Robby.

According to viewers, “She should not have let Robby hold her hand as they walked down the slope, it was a bad decision because Miguel had a good possibility of seeing it.”

Hawk with his transformation just blows our mind.

As we all know, the hawk was bullied because of his lips, so he altered his personality and is now the bully who doesn’t care what other people think. Let’s see what more personalities he brings to Cobra Kai Season 5.

As we all know, Demetri is a total nerd in the show, but that doesn’t mean he doesn’t have friends. Eli’s best friend and a member of Miguel’s high school friend group are his closest buddies.

Apart from being friends, Demetri also has been shown to date Yasmine; the leader of the popular girls.

Even though he is in his 70s, John Kreese is still a strong combatant in seasons 2 and 3 of Cobra Kai. He appears to be in outstanding form for a man of his age, in addition to having a great fighting ability.

This, we believe, is due in part to Kreese’s heritage. John was a Vietnam War veteran with a lot of experience. He was a member of a special unit that participated in covert operations in Vietnam.

Following Nam Kreese’s involvement in martial arts. From 1970 through 1972, he was the Army Karate champion. His passion for martial arts would last for the rest of his life.

We see Kreese engaging in exercise a few times during the course of the Cobra Kai series such as when he is performing hammer curls with a pair of dumbbells when Miguel approaches him. We also see him working on his striking techniques

Terry is a brilliant strategist. He is more meticulous in his planning. He’s not like a character in other shows, who is usually aggressive and wants to fight. Fans are guessing that he will fight with Johnny and Daniel in Season 5. It is debatable.

Whether or not Terry Silver appears is dependent on whether the actor portraying him is capable, willing, or what path the show’s creators decide to take the story. 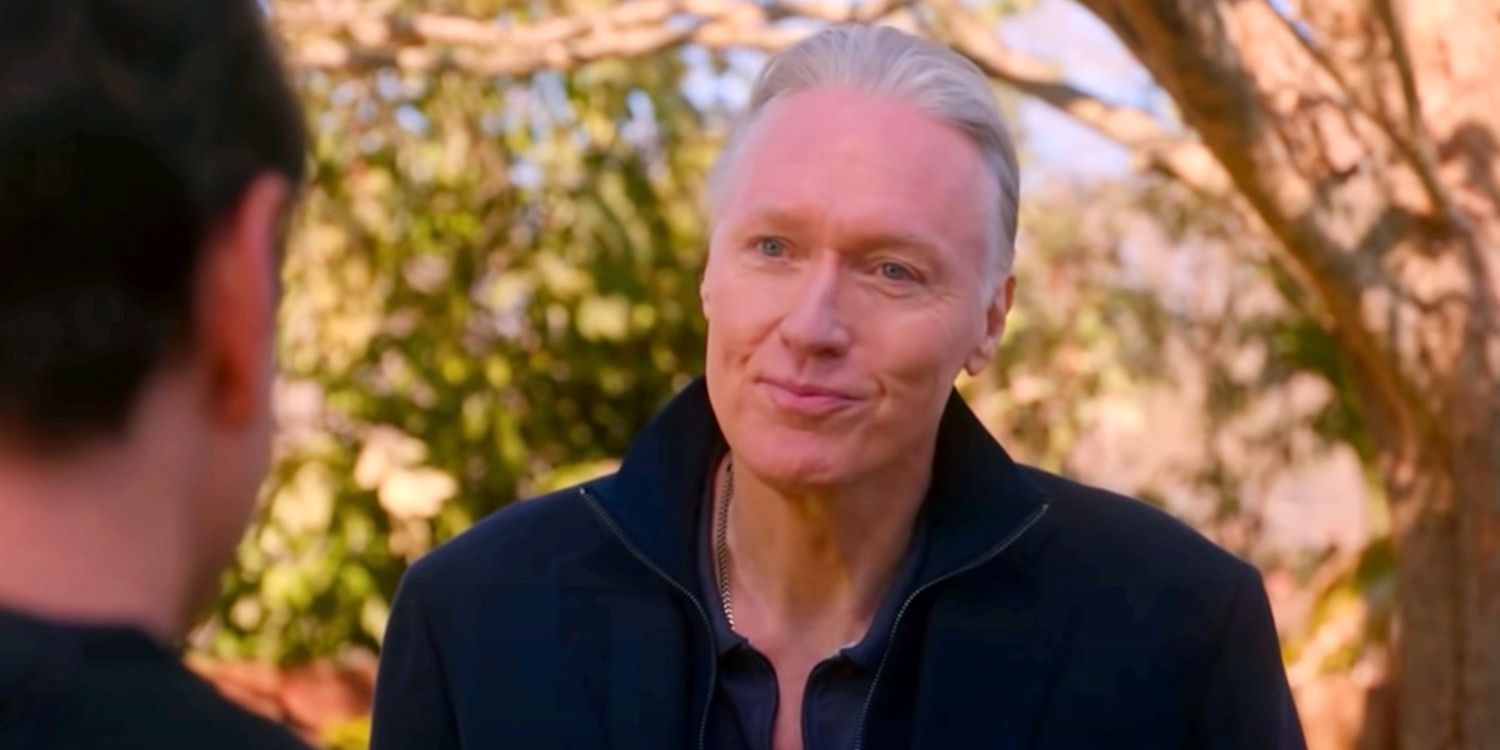 Kenny is the kid in the show, who has taken up Karate to defend himself from a bully. It has been amazing to watch Kenny do his thing and come into his own. We hope to see his personality get better and better in the upcoming seasons.

Bert has some lines, and he has some kind of questions and theories in the first season, but you can definitely see Bert’s evolution and he becomes more active with each season. And let’s see what change he has to show to his fans in season 5. 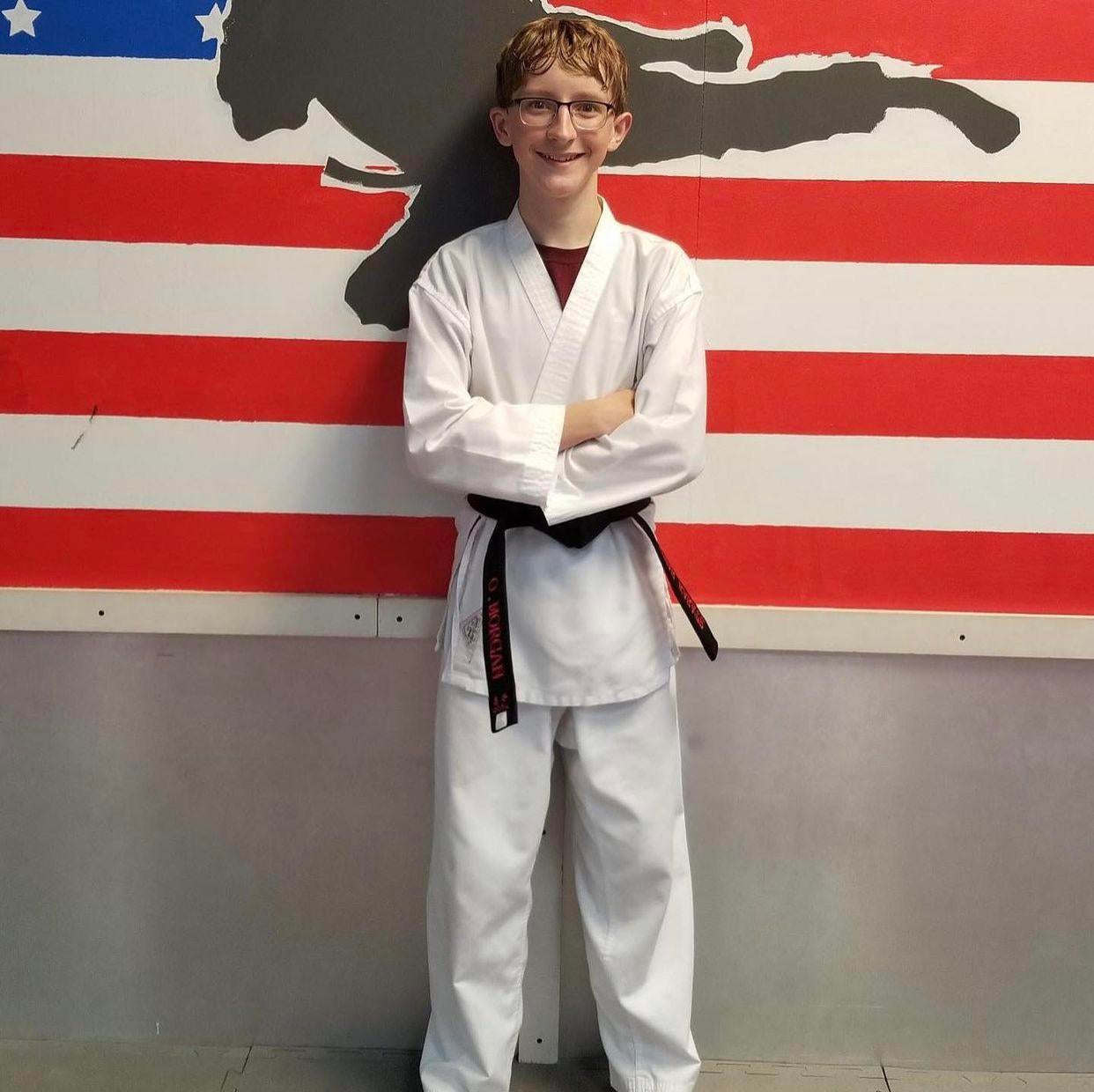 Basically, Mitch and Khalil were supposed to be brothers, and they were two brothers that liked wrestling and grew up doing it. He was acting like a hawk’s goon at the time, till he was kicked out, after which he was trying to make his own way. 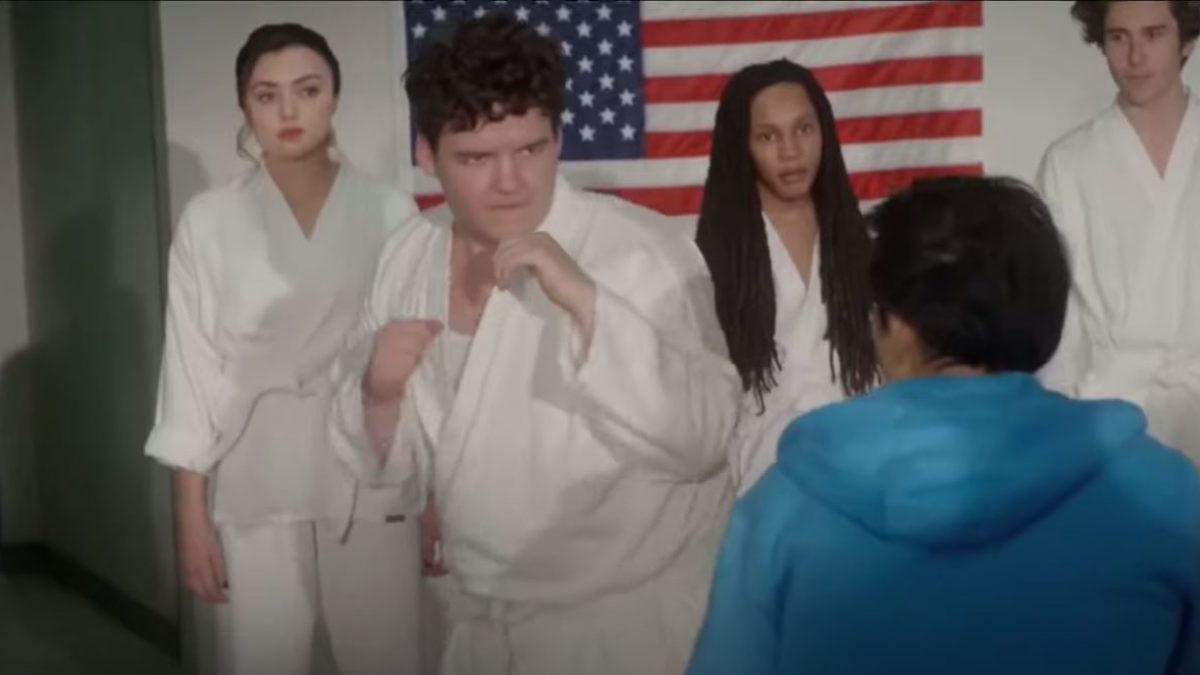 Carmen, Miguel Diaz’s single mother became pregnant and was abandoned by her husband, who is still unknown in the episode. Carmen is against violence and is constantly worried mother who’s concerned about his only child, Miguel, being wounded. Don’t get me started on Peyton’s List; she has grown into this amazing, beautiful woman. Seeing her on Jessie in 2011 and Bunked in 2018, made fans stunned as they never expected to see Peyton in such a fantastic role. Peyton is a truly remarkable woman; we can’t believe how well she has grown.

Tory is in a horrible situation at home, and her hunger is, at first, pitting her against the world. Then it’s against Samantha LaRusso’s. 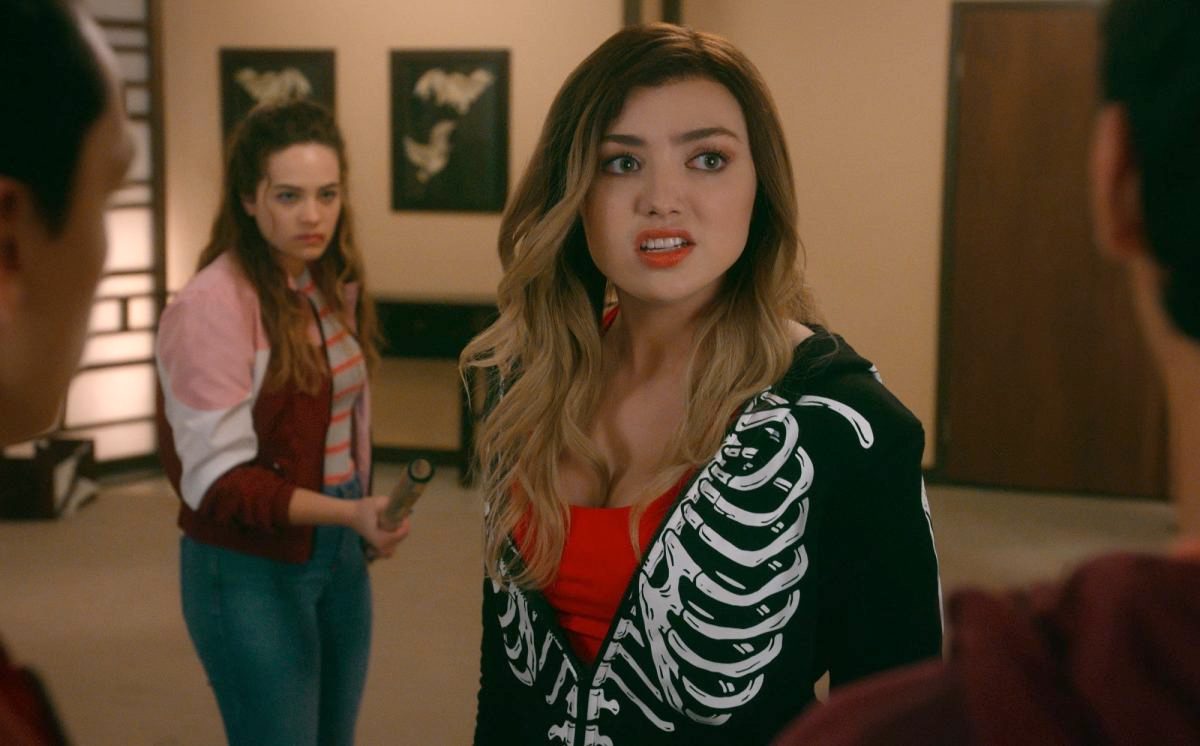 When it comes to Samantha LaRusso, there’s a hefty dose of jealousy between them, and they’re practically instant rivals from the moment they meet.

Chris is Mitch’s best friend in the show, as well as the one who is bothered by Hawk’s thuggish behavior. Let’s see if Chris’s hatred towards Hawk grows or diminishes in the future seasons. 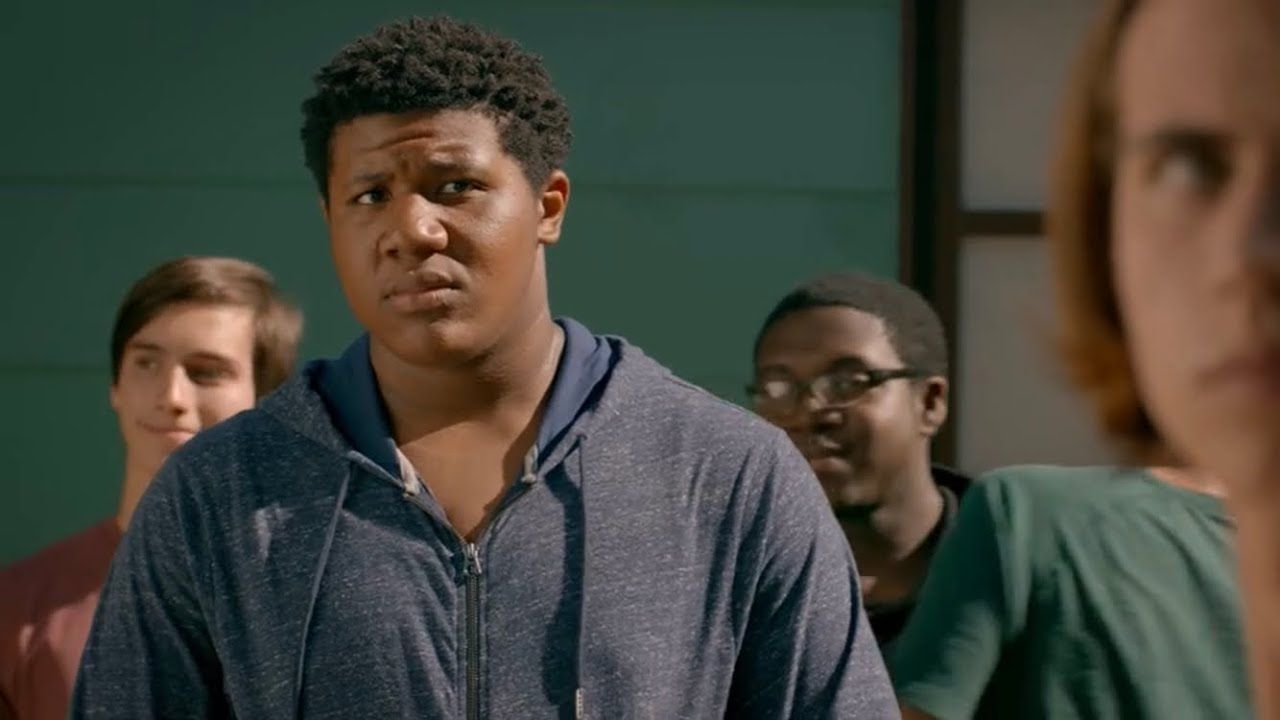 Kyler appears to be an intriguing guy who also does a fantastic job as a villain. Joe Seo is the polar opposite of Kyler in real life; he’s a lovely and genuine guy who is adored by his admirers. Many fans also want Kyler to develop into a more likable character than merely a ‘bully.’ 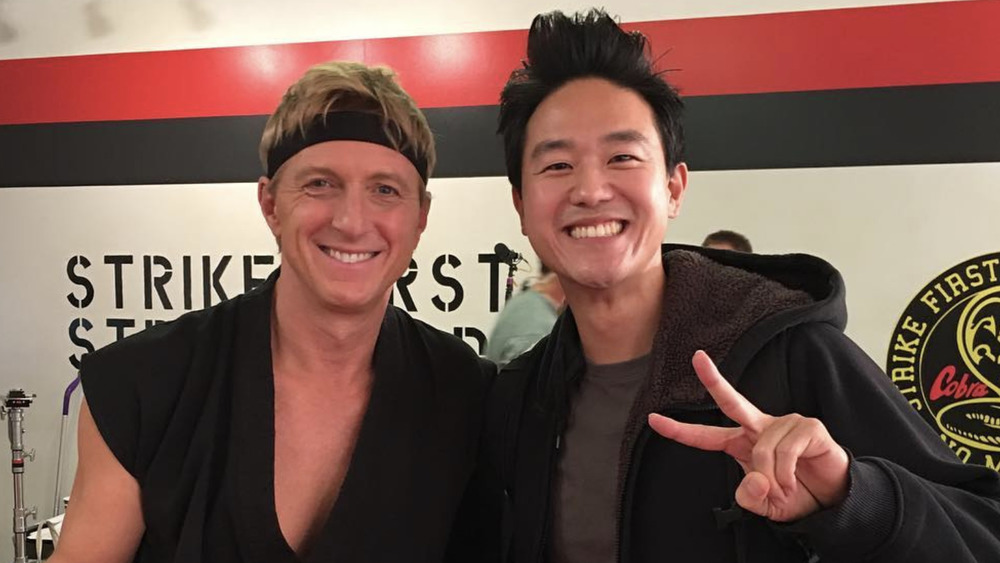 Moon has some of the best character development in the whole show. She starts off as a mindless servant to Yasmine but eventually becomes her own person who can think for herself and decide what she wants for herself.

We hope they keep her that way only in the upcoming seasons. And also mention, something about the moon’s smile is totally adorable. Moon was the best girlfriend in the whole show, we hope Hawk can teach her how to fight and be violent stuff in season 5. 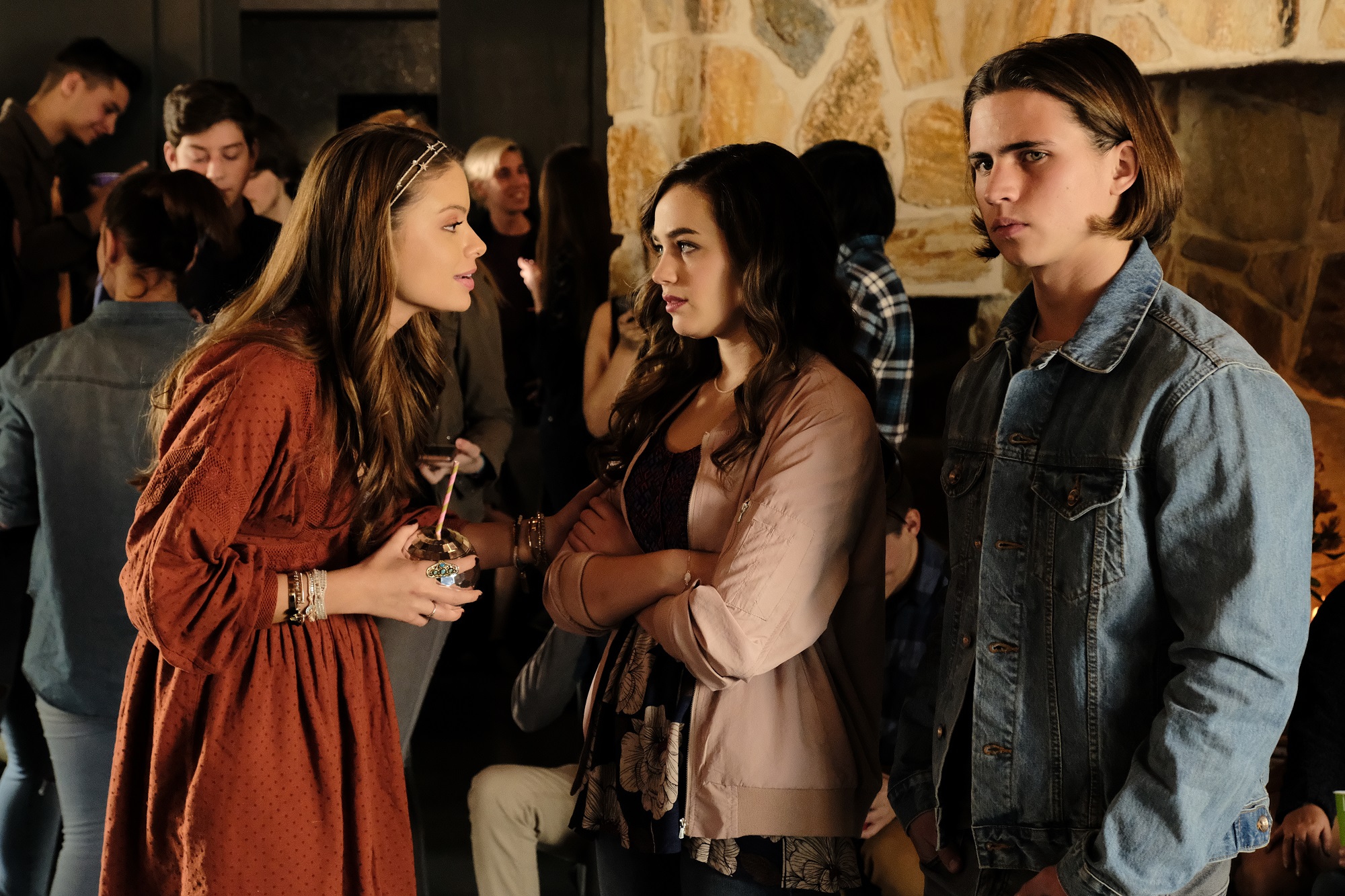 So, now that we’ve listed the cast and some thoughts on them, we’d like to know what you think of each character and who your favorite is.

What do you think season 5 of Cobra Kai will bring? Don’t forget to leave your answers in the comments area below.