After being together for nearly 7 long years, the Latin pop boy band CNCO has decided to split up. The band made the big announcement on Thursday, July 21, 2022.

We just want to say that we have seen this scenario before and we cannot take another boy band breakup. Keep scrolling down to know what the members of the band CNCO have to say about splitting up. 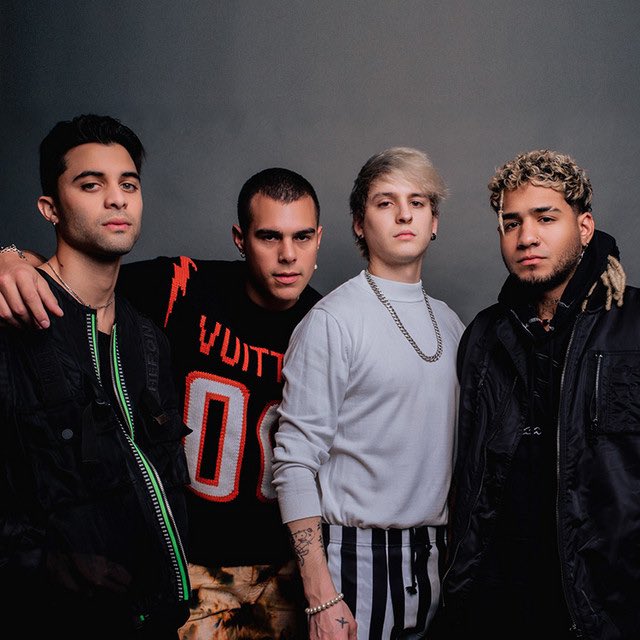 The band announced that they were officially breaking up during Univision’s Premios Juventud award show. The announcement comes almost a year after their former member Joel Pimentel decided to leave the band. Joey said his goodbyes to the band in May 2021.

During an interaction with Billboard, Christopher Velez, Erick Brian Colon, Richard Camacho, and Zabdiel de Jesus spilled the beans on their decision to disband and stated it was an amicable decision. Colon said, “We are feeling nervous but at the same time, we feel excited, anxious.” De Jesus added, “We’re ready to try new things. We always thought that if we split, it had to be natural, and that’s how it happened.”

The band further added, “We can’t wait to share our new music. We are doing things that we have never done before and pushing ourselves to create everlasting memories for our fans. This new era is full of surprises. It will be the best you’ve seen from CNCO so far.”

The band was very busy during the last year

Yes, you read that right. In 2021, CNCO had quite a busy schedule. Last year, the band dropped their upbeat single Toa La Noche. They also released Party Humo y Alcohol in January.  At that point, the band told Rolling Stone that they were all set to begin a new chapter as a band.

The group CNCO was formed in the year 2015. The band members started their journey together in the same year by auditioning for the first season of a singing contest named La Banda. How did the fans react to the break-up of the band CNCO?

One user tweeted, “Cnco is gone, one direction is gone, pretty much is non-existent, five seconds of summer irrelevant, but bangtan sonyeondan is still standing.” Another user added, “I can’t believe this is how I found out CNCO is disbanding”

Followed by a user who penned, “CNCO JUST ANNOUNCED THEIR BREAK UP AFTER WINNING AN AWARD AT PREMIOS JUVENTUD OMG” One user added, “Cnco, the flop band that spoke on bts and tried to act edgy shading them breaking up after 7 (!) years. Bora justice all around.” Another user wrote, “cnco announcing they’re disbanding and momoland is just clapping behind them MY CHEST” A user tweeted, “CNCO JUST ANNOUNCED THEYRE BREAKING UP NO ONE TOUCH ME IM DEVASTATED I CANT TAKE ANOTHER BOY BAND BREAK UP”

These were a few reactions of the fans to CNCO’s breakup announcement. CNCO breaking up seems like the end of an era to us. Don’t forget to stay tuned with us for the latest updates from the world of showbiz.