Looks like Lala Kent and 50 Cent have let bygones be bygones. The two were recently seen hanging out on the set of 50 Cent’s upcoming horror film Skill House. The union comes years after the rapper had a nasty feud with Kent’s (now) ex-fiancé Randall Emmett.

It has been reported that Kent does not have a role in the film, and visited the set just to meet the In da Club rapper. Read on to see the photos of the ‘new friends’ in town.

Kent and 50 Cent Pose Together for Photos

The rapper and the actress were spotted together at Sway House, Los Angeles. As per witnesses from the sets, this was not Kent’s first visit to the set. She had been popping up ‘multiple times’ to visit the rapper as he shot for his flick. 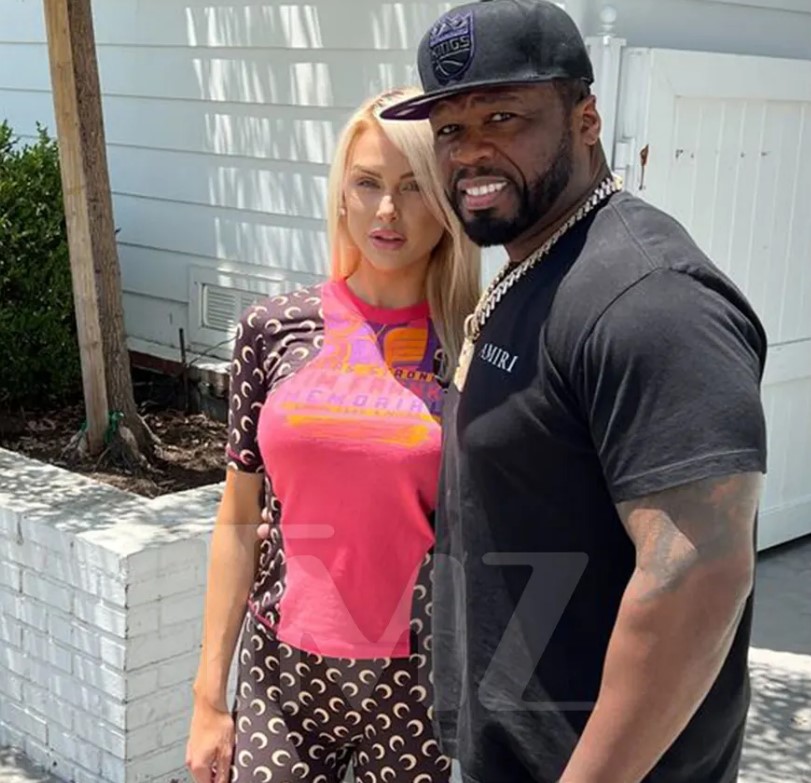 The two were seen smiling in each other’s company and even posed for pictures together. In one of the photos obtained by TMZ, 50 Cent was seen kissing the Vanderpump Rules star’s head. In another photo, the actress placed her hand on the rapper’s stomach. 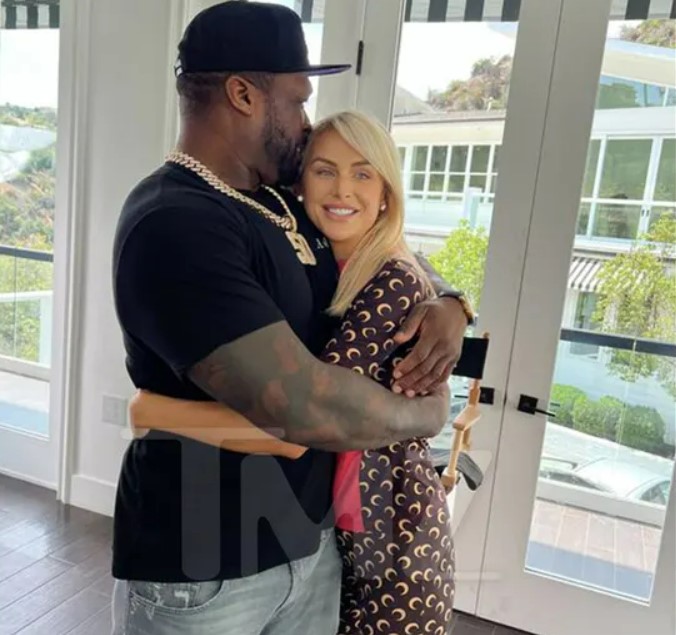 Kent also made headlines in February this year when she danced to 50 Cent’s song during Super Bowl. 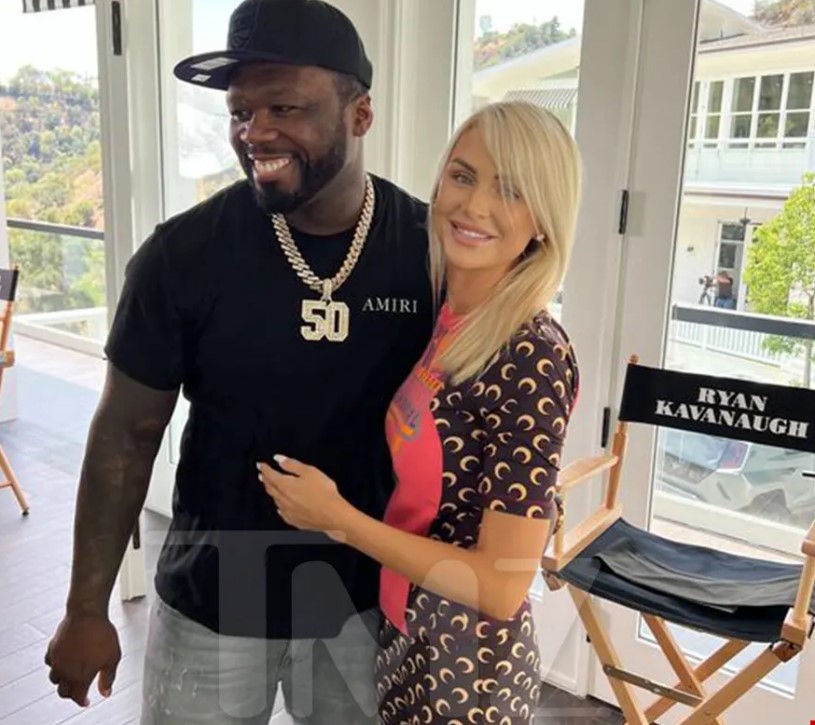 The 47 year old rapper got into an ugly social media fight with film producer Randall Emmett in 2019. 50 Cent claimed that Emmett had not paid him off a loan of $1 million. The rapper posted screenshots of his conversation with the producer on social media, in which Randall was seen apologizing to him.

50 Cent soon dragged Lala Kent into the fight, who was dating the producer at the time. He posted a clip of Kent from Vanderpump Rules in which she was talking about her relationship with Rendall. Kent was heard saying in the video, “I let him hit it the first time and we were inseparable, He would just send me, like, really expensive gifts. The first night we banged, I got a car the next day. He was like, ‘Do you want a Range Rover?'”

50 Cent took a dig at the actress and wrote in the caption, “10 seconds left in the 4 quarter hoe’s are Winning. Do you want A range rover, yes, b*tch yassss. Then just run out and suck a d**k. LOL smh.”

Shortly after the online feud, the musician confirmed that he received the $1 million from the producer. 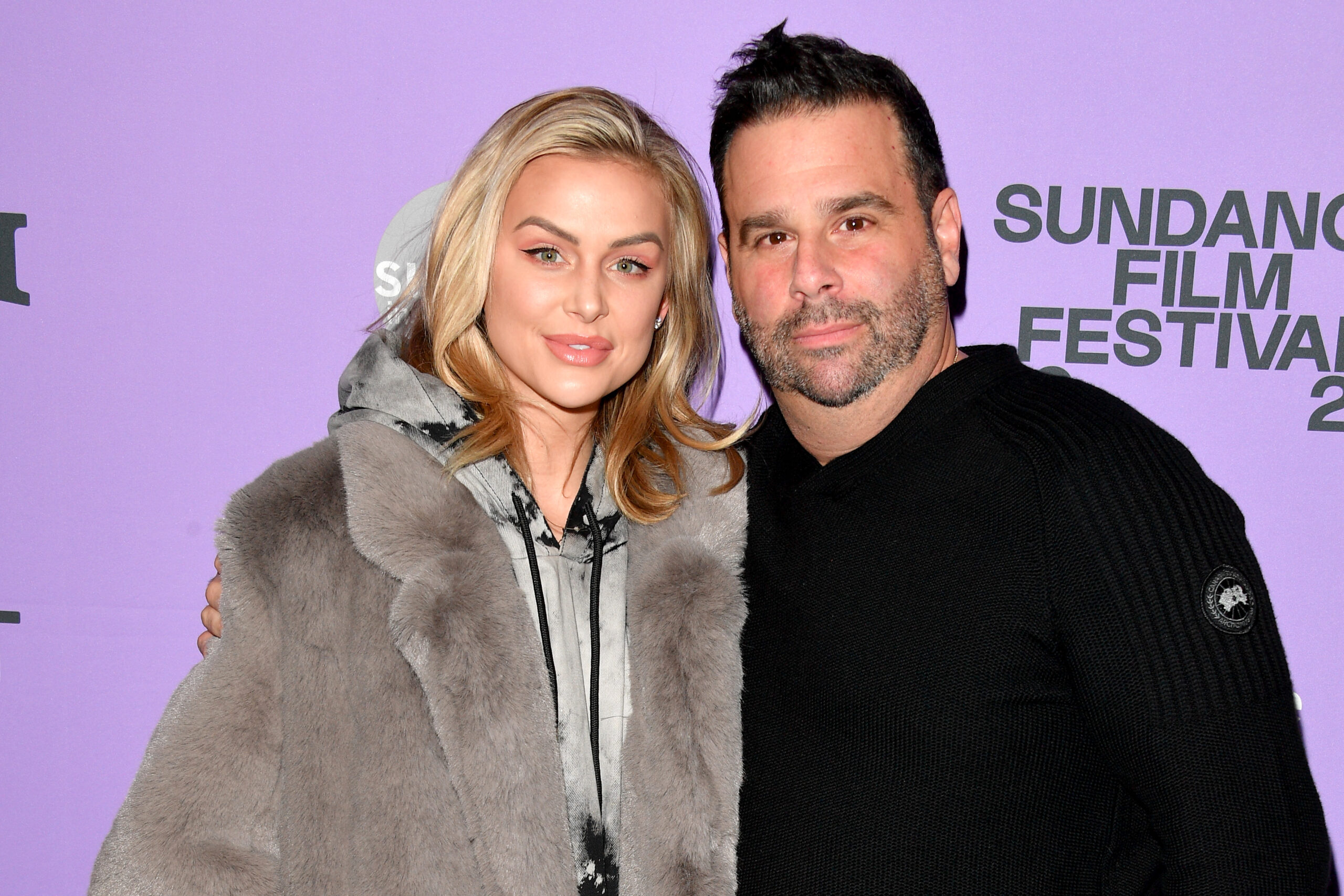 Lala Kent dumped Rendall in 2021 after three years of engagement. The couple broke up after Rendall allegedly cheated on Kent in Nashville. The two have a 17 month old daughter together, named Ocean.

After the split, Kent opened up about her plans for the future. She said, “I have no desire to be in a relationship. I do feel very guarded. I think if someone, like, the perfect man could step into my atmosphere and I would still be like, ‘The timing is just not right.'”

She added, “Ocean’s gonna wanna go to college one day. I have to make sure I can provide that for her. Timing is everything, and I don’t think it’s the right time for a guy to come into my life. Any extra energy is going straight to my kid.”

What do you think of Lala and 50 Cent’s newly formed bond? Let us know in the comments section.

Vernon Presley – The Father Who Stood Like a Rock for his Son, Elvis