Lacey Chabert, who played Gretchen Wieners in “Mean Girls” stopped by “The Tonight Show” and revealed her thoughts on doing a reboot of her famous movie. The 40-year-old actress also told Jimmy about how the famous “That’s so fetch” line from her 2004 film has become a part of her everyday life. The ‘Queen Of Hallmark’ also shared about her new Hallmark-movie Haul Out The Holly and major spoilers from “The Wedding Veil” trilogy. 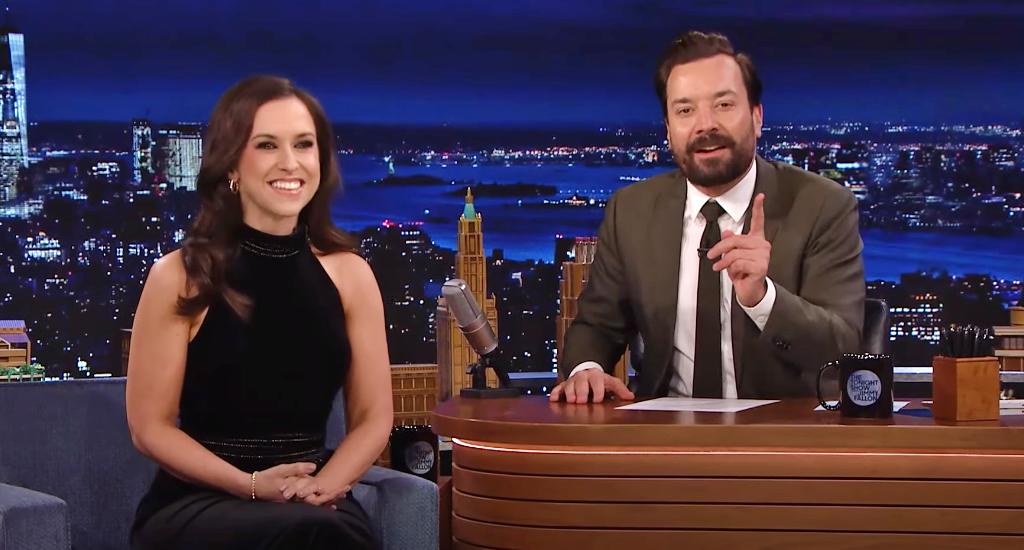 While showing her a picture of the “Jingle Bell Rock” scene from “Mean Girls”, Jimmy Fallon straightaway asked Lacey Chabert if she would ever do a Mean Girl reboot. Lacey responded, “Oh, absolutely, I think it–would be so much fun to see where these girls are right now and if their kids are the new Mean Girls.”

Jimmy posed another question, “Do people always come up to you and go, “You can’t make fetch happen.” She said, “yes, every day of my life…Everyone’s like, Oh, that’s so fetch.” She then narrated a story when she was picking up a prescription and the pharmacist goes like, “Oh, you look like you don’t feel very fetchy today.”

So many quotes from Mean Girls have become so ingrained in popular culture, that it’s hard to remember a time before the film. If you still didn’t get a hang of it, Lacey, who played Gretchen Wieners,  desperately tries to make ‘fetch’ happen in the movie.

‘Fetch’ is a slang term that Gretchen repeatedly uses throughout the film, hoping it will become a new it-word for ‘cool’ or ‘awesome’. Well, arguably, Gretchen Wieners did make it happen, and this became an iconic line from the movie, still cherished by many fans.

The Queen Of Hallmark…

Jimmy Fallon asked the “Black Christmas” star about the number of Hallmark movies she’s already done. A proud Lacey responded that she has done 33 for Hallmark now. Jimmy replied, “I’ve seen them all”. Lacey even offered Jimmy to work with her in one of these movies next year. An excited Jimmy said, “yes, I’d love to!”

Asking about her love for Hallmark movies, Jimmy said, “You love these movies so much because it makes you happy, or what is it? Lacey said, “I think, now more than ever, like, we just need some goodness in the world. And, it’s like people sitting down in their living rooms for two hours. They give you their time. And they’re left feeling uplifted. And, you know it’s joyful. That’s why I love being a part of them.” According to her, these movies bring families together.

How do you do 33, what’s the schedule like? Jimmy asked. Lacey replied, “Oh, my word. The schedule is fast and furious. We do them in 15 days and it’s–really really long days–and sometimes they air two months after we filmed them. “But you’re all around the world? Like, you’re in Italy, or…” Jimmy questioned.

Lacey Chabert replied, “yes, oftentimes, we are.” She revealed that she did one movie in Belgium, and one in South Africa. As for the latter, she revealed that it was amazing because they were staying at a reserve. “And you’d have to peek out of the door to make sure the giraffe wasn’t right in front of your door. It was magical. Everything that my character discovered in that movie was really me,” she added.

Appearing in over 33 Hallmark Channel films, Chabert has been referred to as the ‘Queen of Hallmark Christmas Movies’ by The New York Post and other media outlets. Hallmark Channel refers to Chabert as “one of the best young actresses of her generation” going on to say that her “resume is as extensive as it is versatile”.

About her love for this channel, Chabert previously revealed in an interview, “one of the things I love about [working with Hallmark] is you’re guaranteed a happy ending. I think in the world we’re living in today, to be a part of a project that adds a little love and light and levity into the world is something I’m very proud of”. More recently, Chabert signed an exclusive multi-film deal with Hallmark Channel’s parent Crown Media Family Networks 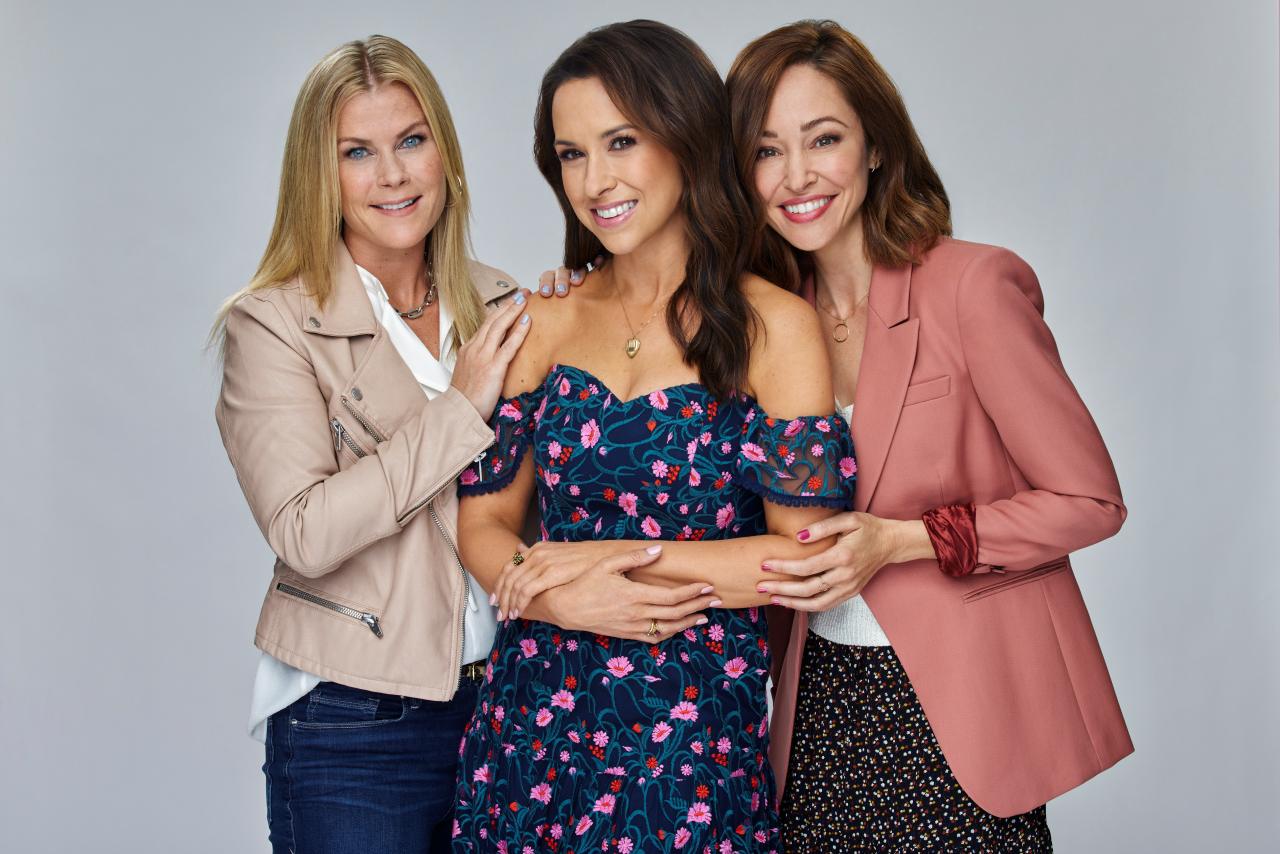 Jimmy then revealed that Chabert’s “The Wedding Veil” trilogy is the most-watched Hallmark movie, and he himself is a big fan. Lacey then announced that Autumn Reeser, Ali Sweeney and herself are coming with three more “Wedding Veils” and are currently filming them.

“We’re about to actually head to Greece this weekend to film the last one but Ali is the lead-in, and we are so excited to bring these characters back to life because the movies always ended with a kiss,” she added. Now, it’s time to see what happens after that. She hinted, “There might be babies, and the friendships are deeper”. After a brief pause, Chabert announced the release date of the first of the new trilogy, as January 7th, 2023. Naturally, Jimmy’s audience went wild. 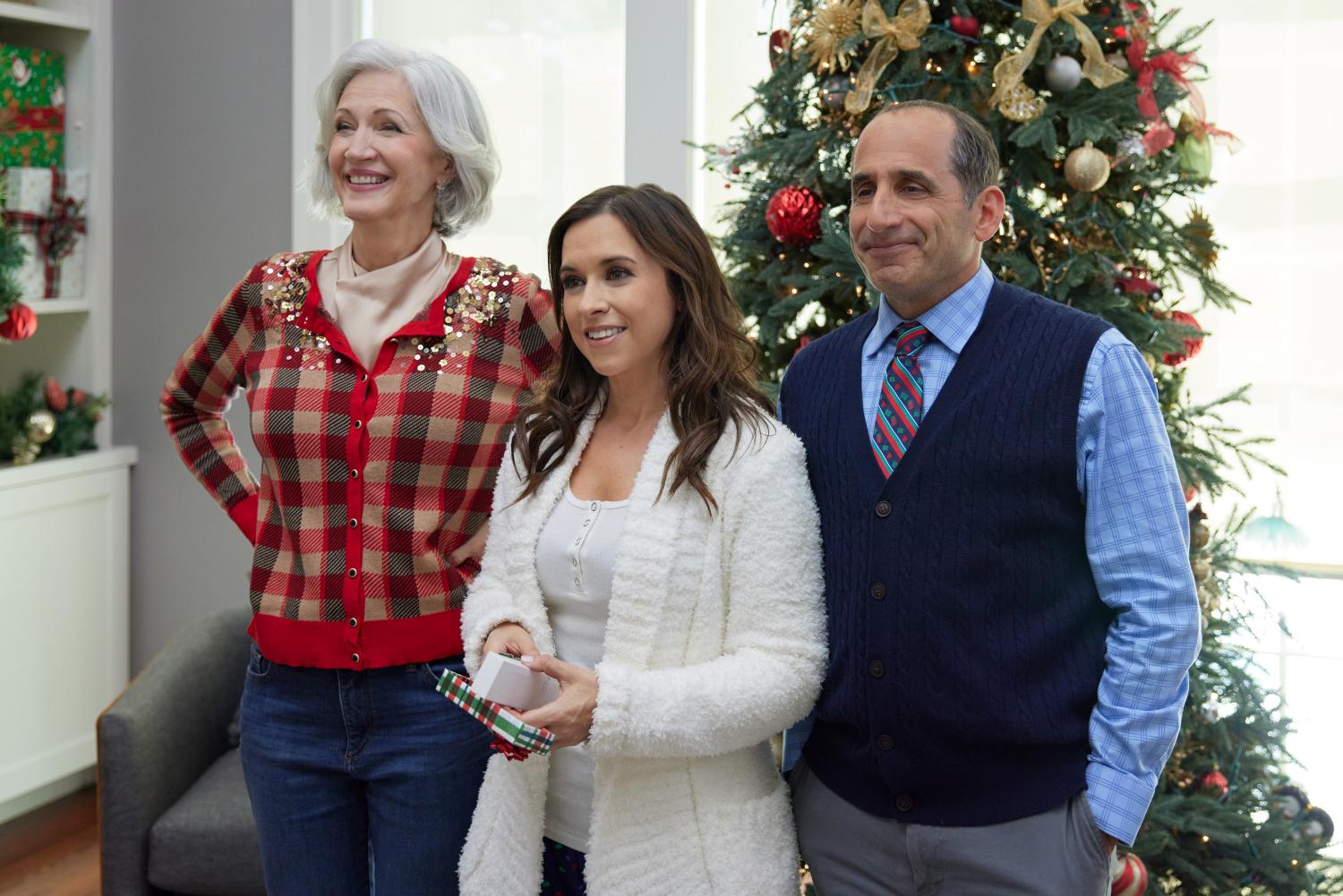 The Queen of Hallmark is all set to dazzle fans with her new film “Haul Out The Holly”, which releases on November 26, 2022. “Can you tell everyone what this is about?” Jimmy asked. Lacey responded, “My character is all about going back home and hoping to relax, watch Christmas movies and do nothing Christmas-related in the neighbourhood.”

She continued, “Coz the character is from the HOA department of the cul-a-sac is like, crazy about Christmas. They go all out. She gets pulled into activities…and so on.” It’s her first Christmas comedy, and the star cast includes stellar actors like Melissa Peterman, Wes Brown, Stephen Tobolowsky and Ellen Travolta. The movie premiers this Saturday (Nov. 26) on the Hallmark channel.