Since Kris Jenner started her way onto our screens back in 2007, we have all been a big part of her life, as she has been a big part of all our lives for years. Kris Jenner, probably one of the most influential people in Hollywood, has always been regarded as the mastermind behind the Kardashian-Jenners’ stunning celebrity dynasty.

There are so many aspects of her personal life that are presented to the public on reality television that it is hard to know how much you know about the six-year relationship that Kris Jenner has had with her boyfriend, Corey Gamble.

Since Kris’s divorce, Corey Gamble has become Kris Jenner’s new boyfriend. Jenner and Gamble were introduced at a 2014 party when she was separating from Caitlyn Jenner, the former husband of the Kardashian family matriarch. However, it did not stop Gamble from introducing himself to Jenner; the rest is history, as they say. They soon became friends.

From Kris’s most recent update to the latest info on Corey and Kris’s relationship, here’s everything we know about their relationship. 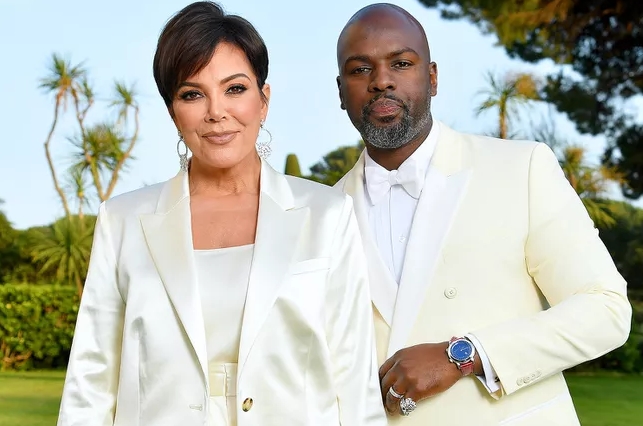 The first time Jenner and Gamble got to know each other was when both of them attended the 40th birthday celebration of Riccardo Tisci, a mutually dear friend of theirs. It was the middle of the divorce proceedings between Jenner and her then-husband, Caitlyn Jenner, both of whom were separated. At the time of this incident, Gamble was working for Scooter Braun as Justin Bieber’s tour manager and was employed by Scooter Braun.

A fan took several pictures of Jenner and Gamble at a dinner in Sherman Oaks, California, during the first half of October. According to Gamble, after a journalist approached him to discuss the trip, he expressed an interest in continuing their relationship deeper and looked forward to it.

Despite it not being confirmed when Jenner and Gamble were dating, the couple has been spotted spending time together at a music festival a few months after meeting at the Life Is Beautiful festival in Las Vegas, where Jenner was attending with Gamble.

Kim Kardashian shared a photo on her social media account in which Jenner and Gamble can be seen posing closely together as they boarded their private jet for the event. After watching Kanye West’s set at the festival, Kim and Kanye sat on a bench at the Tao Las Vegas party, where Kim celebrated her 34th birthday. 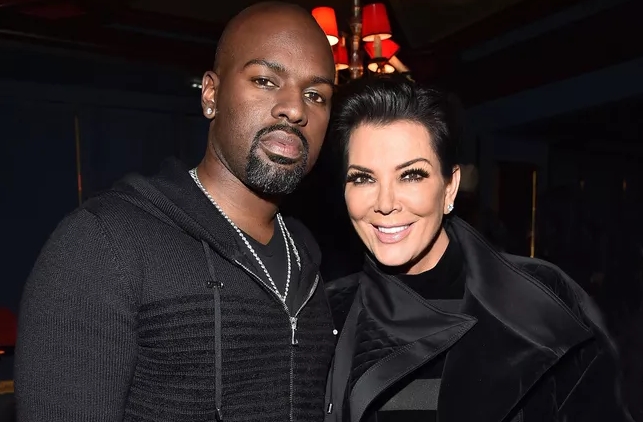 As part of her birthday celebrations, Gamble and Jenner visited Mexico in advance of her 59th birthday. As the rumoured couple returned to Los Angeles after their flight from Paris, they displayed a great deal of PDA while unloading their suitcases and unpacking their clothes.

As Jenner and Gamble still had not officially begun dating, Gamble accompanied Jenner to celebrate her birthday on November 5 in Las Vegas, eating at Stack and spending the evening at 1 OAK.

The Keeping Up With The Kardashians Debuts Corey Gamble On March 22, 2015

There was an enormous buzz surrounding Gamble’s KUWTK debut back in March. In addition to talking about Jenner’s new relationship, Jenner’s daughters also shared some TMI about the couple, along with some information that has been kept under wraps.

While Gamble was staying over at Kris’ house during that time, Kim, her daughter, revealed she was overheard talking intimately to Jenner and expressed concern about their intimacies. In addition, the sisters are also concerned about the apparent age gap between the couple and the potential for Jenner to rush into things.

After seeing a photo of the double date Jenner and Gamble had with Billy Ray Cyrus and his then-wife Tish in April, Jenner’s friends and family got a little insight into Jenner and Gamble’s relationship for the first time.

The Met Gala Red Carpet Debuts Kris Jenner And Corey Gamble On May 2, 2016 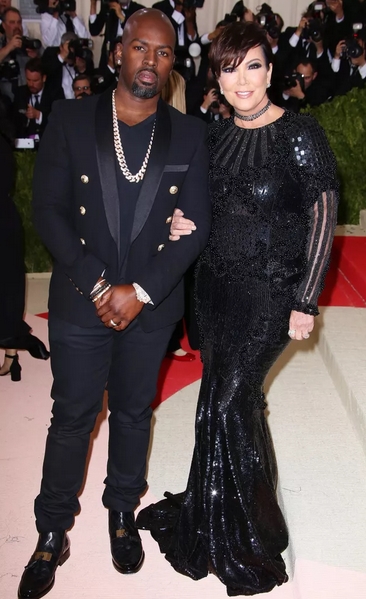 There was a brief period after Kim Kardashian shared a picture of her mom and wrote, “Caption this…. mine is SWF,” which stands for Single White Female, which led to fans thinking that Jenner and Gamble were splitting up. A short while later, Kardashian seemed to realise that she was stirring up a lot of controversy with her caption, so she removed the phrase “SWF” from her note.

The daughters of the Kardashian family were initially unsure that their mom was having a love affair with Gamble. Khloé stayed neutral throughout the partnership, even though she grew closer to Gamble over time. Khloé asked Gamble why he was often distant with her at one point during an episode of KUWTK, which aired in the month of January 2018. She said it was vital for her to feel “at ease” with him and that she wanted him to be more relaxed with her.

In response to the question, Gamble responded on the show with the following statement: “I like all of you all, but y’all are girls. I’m a dude, and I know how that s— can go, I’m a young dude dating your mom. Y’all are not really my f—ing kids. We are technically peers,” 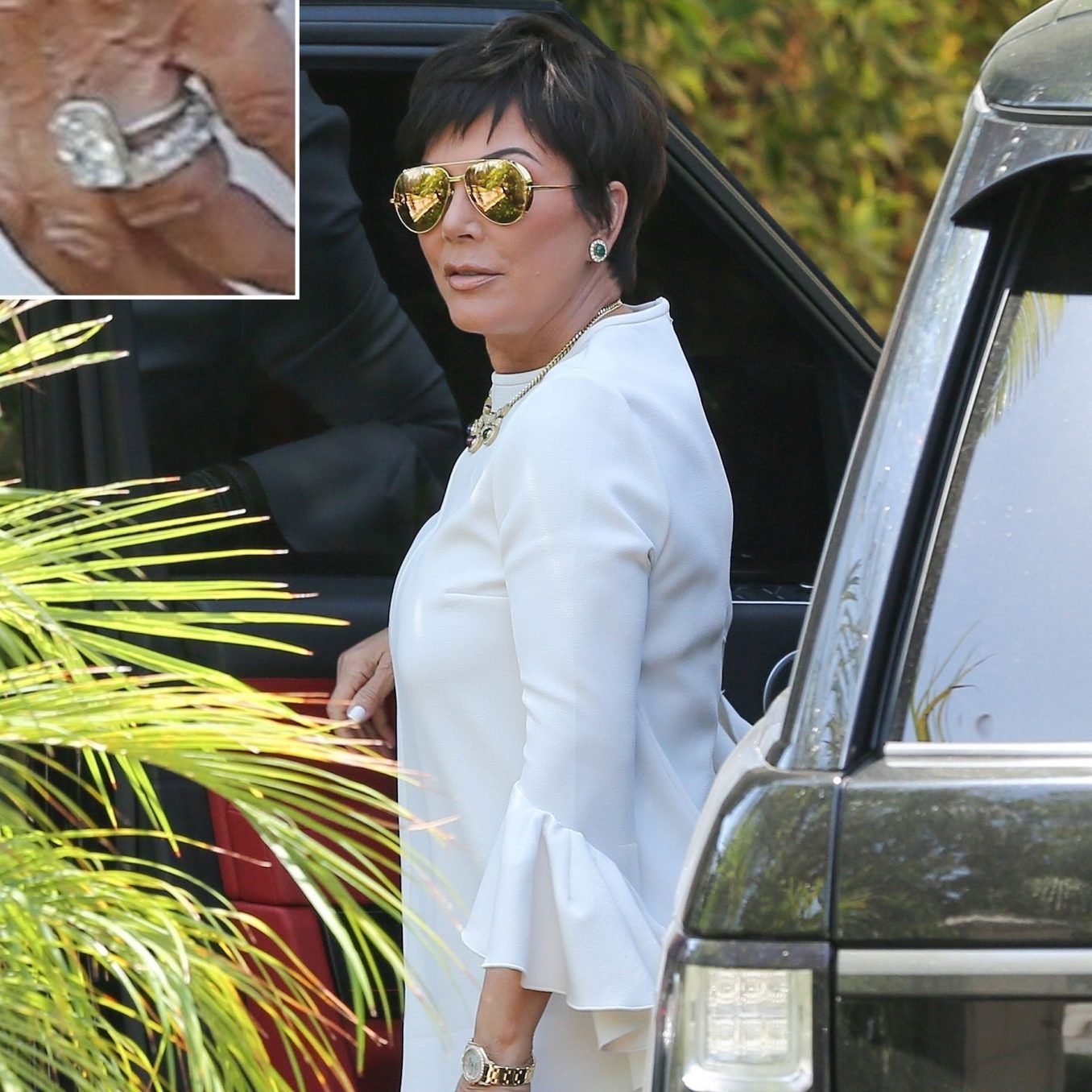 A large diamond was spotted on Jenner’s ring finger shortly after they returned from their French vacation, which caused engagement rumours to spread like wildfire. On The Late Late Show With James Corden, the reality star didn’t seem to do much to dispel any gossip about the issue when she was asked about it.

As Jenner was playing Spill Your Guts or Fill Your Guts on the show, the host mentioned the ring and asked Jenner if she would like to answer any questions, but Jenner decided to take a bite out of cricket instead.

After her divorce from Caitlyn Jenner, Jenner revealed that she had no plans to get married again shortly. According to Jenner, she believed she had already done “the big wedding” and did not see a need to do it again. She stated this during an appearance on celebrity lawyer Laura Wasser’s podcast, Divorce Sucks with Laura Wasser. 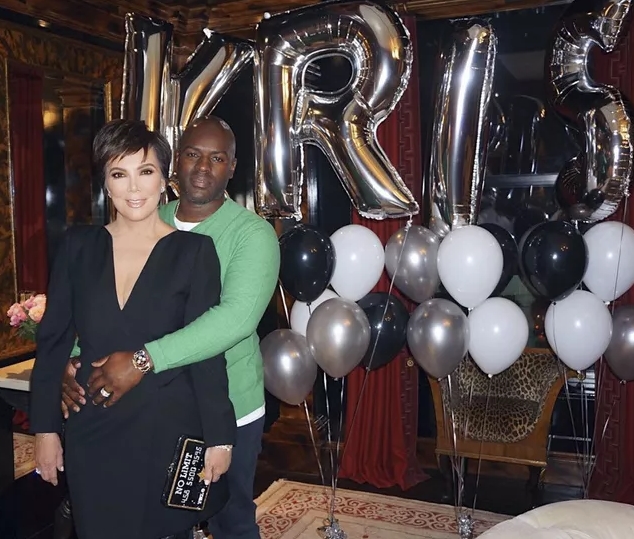 It is said that Gamble chose to surprise Jenner with a full day of surprises for Jenner’s 63rd birthday, which began with a ride on Tommy Hilfiger’s private. As the couple enjoyed a slice of cake at 35,000 feet, they later returned home to celebrate with their friends and family.

Jenner wrote a sweet tribute to Gamble on the occasion of his 39th birthday, which she dedicated to him. “Happy Birthday @coreygamble!!! I love you, babe! Thank you for holding us all down and being such a rock. You are the most amazing partner, best friend and ride or die, and I am truly blessed to have you in my life. Thanks for being on this crazy journey with me. I love you❤️🙏,” she captioned the post.

On March 23, 2021, Kris Jenner Described Corey Gamble As One Of Her “Support Systems” 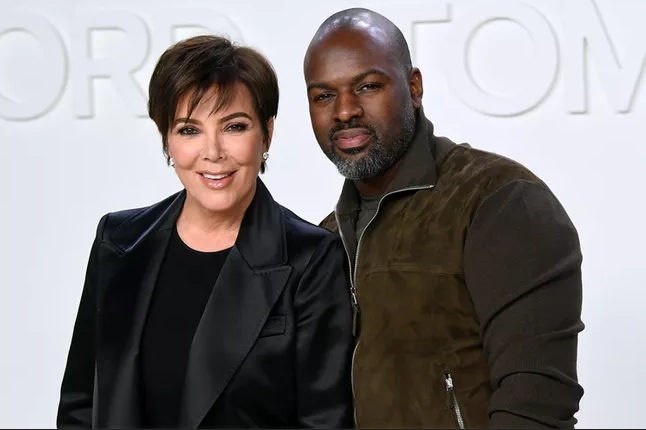 At the beginning of 2021, Jenner was still on good terms with Gamble, as she discussed him with the Wall Street Journal in an interview. During a Q&A session, Jenner talked about her relationship with Gamble, how he had been a great support system for her, and how beloved he was by her entire family. 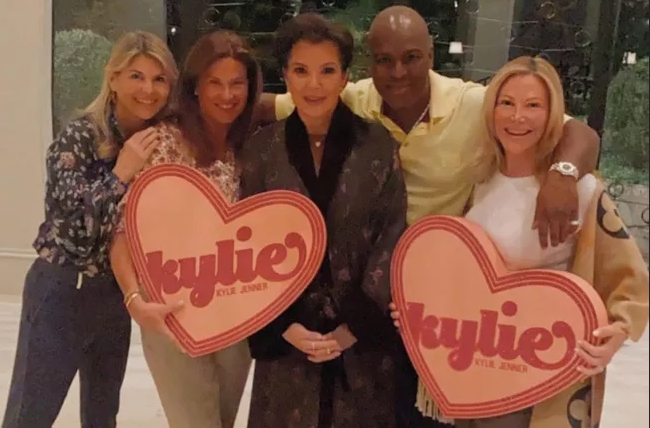 As part of their Valentine’s Day celebration, Jenner and Gamble hosted an intimate dinner with friends including Lori Loughlin, Tammy Hughes Gustavson, and Kym Douglas, whose husband passed away recently, and people who were close to them.

It was in response to those friends who wouldn’t let Douglas spend the holiday alone that the super sweet evening was hosted, according to a now-deleted Instagram post that Douglas created.

A Conversation With Kris Jenner About The Support She Receives From Corey Gamble On July 15, 2022

Jenner opened up about her longtime boyfriend, who she has been dating for a long time, in a recent interview to discuss the launch of her new personal branding, MasterClass. Aside from the fact that Gamble was very knowledgeable and supportive of her career, she also noted how helpful he was.

She said in a statement, “I think Corey is super. He’s an amazing guy. He’s really supportive, and he’s really dialled into a lot of the different things. He’s very knowledgeable about a lot of the things that I work on, and he really helps me in trying to think through some of the decisions I make. He’s such a great person to bounce things off of. I really love his point of view on things.”

No one can comprehend something totally different about Jenner and Gamble’s relationship. Still, the two are always by the side of each other throughout every phase of their lives. When it comes to love, sometimes it may not be the answer to getting married, but to be in love forever could be the answer.

The couple seems to have good chemistry together. Do you agree or disagree? Feel free to share your thoughts in the comment section below.