A big congratulations to Kourtney Kardashian and Travis Barker for officially getting engaged!

The eldest Kardashian sister and the drummer for the rock band Blink-182, who have been in the news for quite some time now have finally made their relationship official by getting engaged. 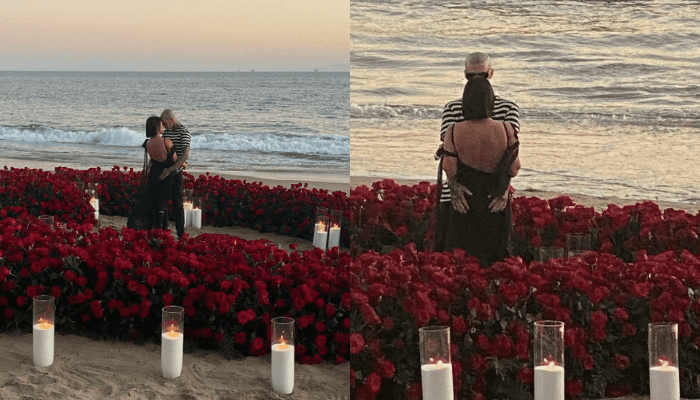 The “Keeping Up With the Kardashians” star made the announcement of her engagement with her boyfriend Travis Barker on social media by sharing beautiful pictures of the two on the beach.

Kourtney Kardashian and Travis Barker Are Officially Engaged! Check out the Pics 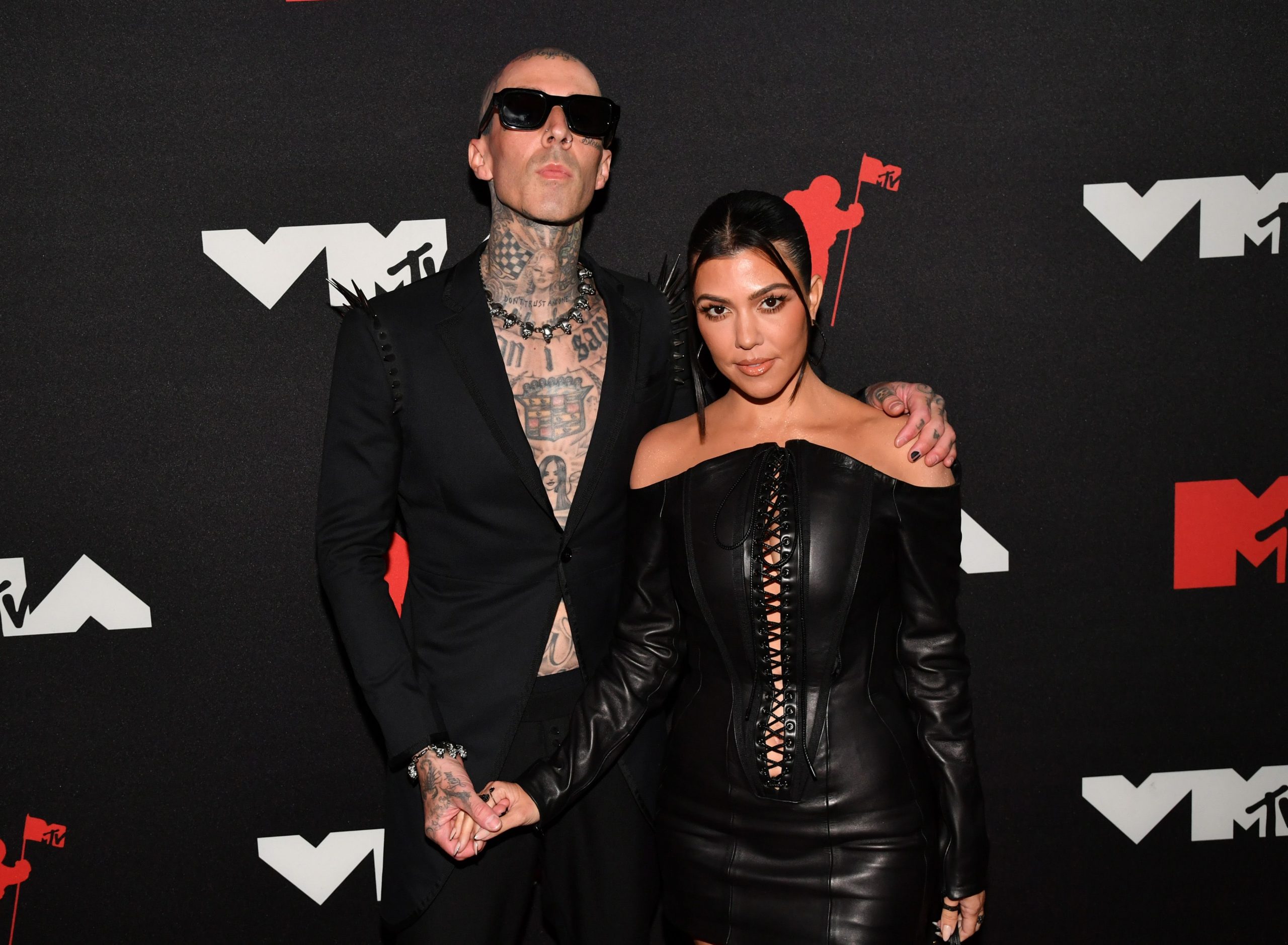 The 42-year old American media personality headed to her Instagram handle on Sunday and shared the good news by posting a couple of pictures of her beachside dreamy engagement ceremony.

She captioned her pictures by writing, “Forever Travis Barker.”

Well, the couple was surrounded by beautiful red roses in the shape of a heart and candles on the beach. They both seemed to be lost in each other as they posed for the picture.

Below is a post shared by Kim Kardashian on her Twitter handle on Monday, which gives us a glimpse of the diamond ring of Kourtney Kardashian. We can see Kourtney madly in love with Travis.

Alabama, the 15-year-old daughter of Travis (with his ex-wife Shanna Moakler) also shared an adorable picture of the duo which showed off the ring. Sharing the picture, Alabama wrote, “So happy for you guys. Love you both.” 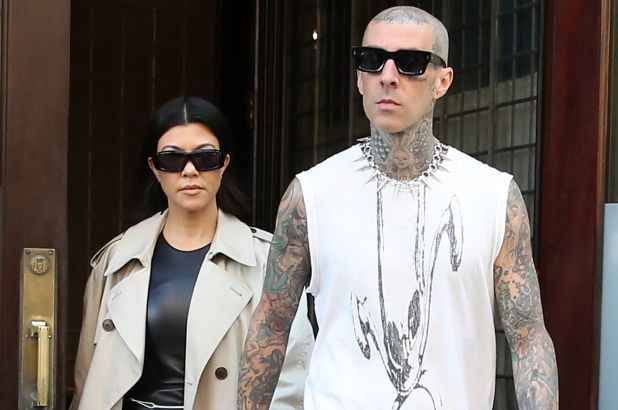 Kourtney Kardashian and Travis Barker who have been rumored to be dating each other made it Instagram official in April 2021. Kourtney shared a picture of her name that was tattooed on Travis’ body.

And since then, she has been sharing a number of intimate and mushy pictures of the duo from their outings (vacations).

Below are some of the posts shared by Kourtney.

Kourtney also shared a few pictures and a video in May this year wherein she was tattooing “I love you” on Barker’s arm. Check out the post below:

The duo was also spotted at MTV VMAs in September this year while making their red carpet debut together. Below is the post:

Kourtney Kardashian shares three children with her ex Scott Disick. The two were in a relationship for almost 9 years from 2006 to 2015.

Travis Barker was first married to actress Melissa Kennedy in 2001 and the two separated in less than a year in 2002. He shares two kids with model Shanna Moakler, with whom he was married for around 4 years (2004 to 2008).