Kourtney Kardashian revealed a weird obsession with her son Reign’s hair. The “Poosh” founder appeared with her sister Khloe Kardashian in a joint conversation with a magazine and revealed about her son’s hair. She shared that she still has a long braid in a secret drawer, stating, “I smell it often”. While Kourtney had a hard time accepting his short hair, Reign has been sporting some new looks, courtesy of his stepdad, Travis Barker. Such Is A Mother’s Love… Kourtney Kardashian didn’t cut her son Reign’s hair until he turned 5. Appearing in a joint conversation with her sister Khloe, the “Poosh” founder revealed that she still keeps his hair in a “secret drawer” after he cut it for the first time two years ago.

“I have Reign’s hair because we didn’t cut his hair until he was five,” the 43-year-old social-media personality revealed. “So I have his long braid and I smell it often,” she added. Reign is the son of Kortney and her ex Scott Disick. One fan asked her what would she do with the hair, she responded, “It will be with me forever.” Well, Kourtney truly loved her son’s long hair and was pretty disappointed after he cut them short in 2020. Back then, she posted her son’s transformation on social media and announced that she was “not okay”. While his mother had a hard time accepting this change, Reign (7) seems to be embracing his new look by trying out some new styles, courtesy of his stepdad Travis Barker.

In summer, Reign was seen sporting a mohawk similar to his stepdad’s signature 2000s look. On the other hand, Reign’s older sister Penelope waited until her 6th birthday to get a cut for her long tresses. Kourtney, however, praised the look and called it “enchanting”.

Back then, she posted Penelope’s blunt cut look and wrote: “First ever hair cut in all of her enchanting six years.” Well, Penelope is not less than her sibling when it comes to styling her hair. Last year, she dyed her tresses red and was praised by her mother for the gorgeous look. But hey, too early for such fashion experiments, isn’t it? That’s the drawback of being a Kardashian kid.

Kourtney’s Desire For Another Child… 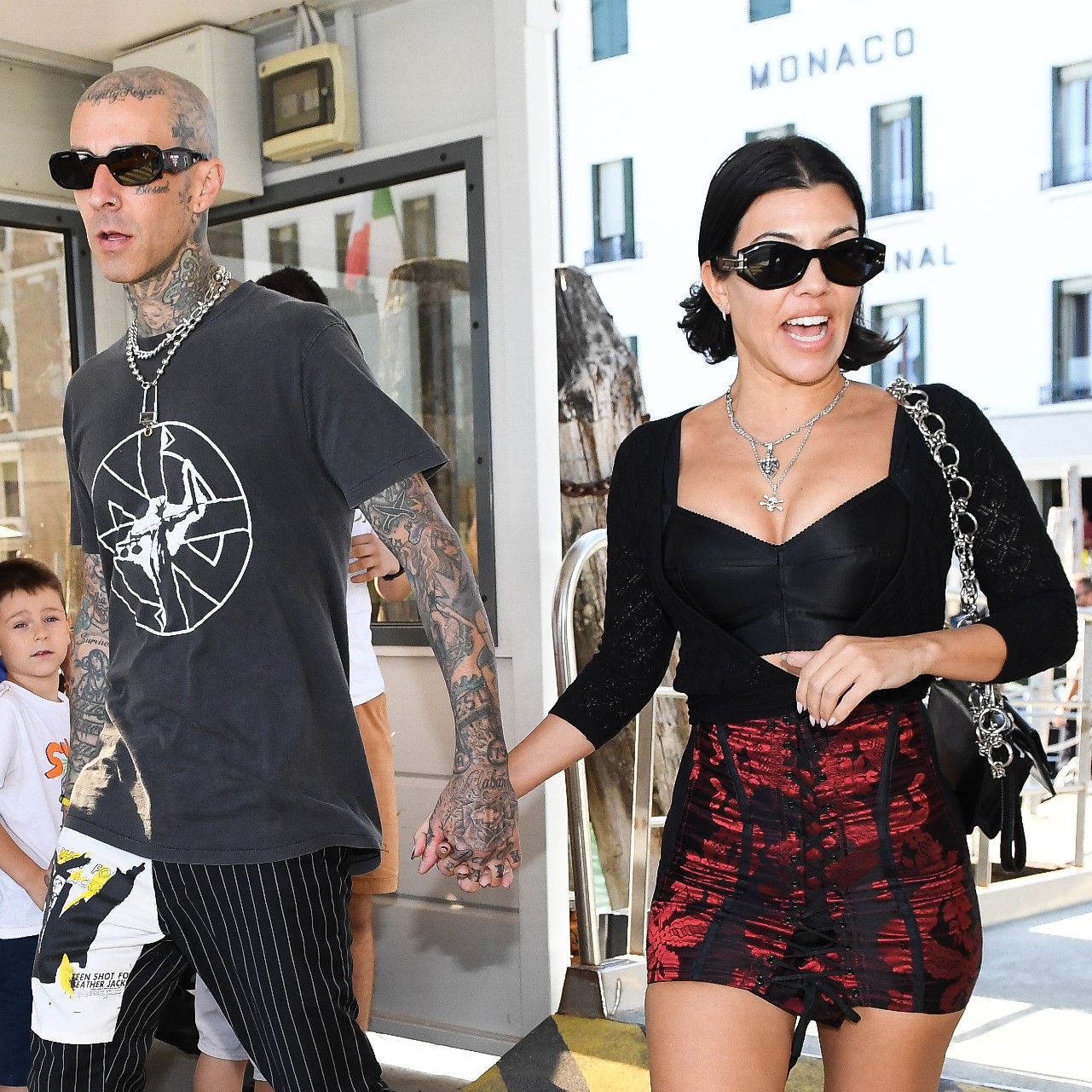 Earlier on “The Kardashians”, Kourtney, who shares three children with ex Scott Disick, shared her desire to have a fourth child with now-husband Travis Barket. “If you even look anything up online about things you can do to help get pregnant … it says on there, like, ‘If you’re over 40’ — or it might even say something younger — it says, ‘Go right away,” she said.

After her dramatic split from Scott, Kourtney married musician, Travis Barker in May in Portofino, Italy. Barker, on the other hand, shares two children as well as a stepdaughter with his ex-wife Shanna Moakler. And guess what? Kourtney is as close to his children as he is to Scott’s children.

During a previous interview, the socialite stated that she’s had her own relationship with his kids for about 10 years, so it makes it really easy. “We all know each other and know each other’s intentions, and I think it makes it easy,” she added. Kourtney and Travis share a strong bond and are hoping to expand their family soon.