The latest trailer for Komi Can’t Communicate Season 2 has just dropped and the otaku world can’t do anything but scream Kawaiiiiiii!!!

The newest trailer on the block just dropped, and it is full of radiance and vibrance. While the trailer was surely amazing, the new confirmed release date and the timings for the show are much more exciting to bite on. 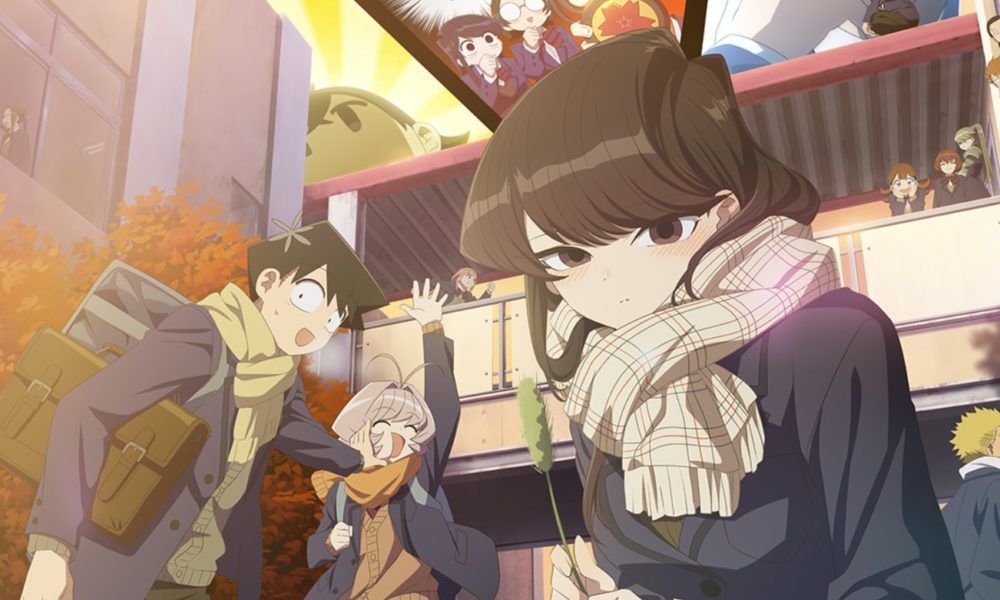 It’s been confirmed that starting April 6th at 12:00 PM JST, the new episode will start rolling. You can watch Komi Can’t Communicate Season 2 on Netflix, hopefully after the premiere launch on TV Tokyo and then the simulcast on Netflix.

Now let’s get down to the meat and potatoes of this matter, the trailer. The trailer is accompanied by the gorgeous opening and ending songs of the new season. The whole trailer is filled with such magnificent colours that it is a sight to behold.

The whole season will be circling around the Winters and the school trip that Komi’s school will be taking them to. The trailer explodes with the proclamation of every student wanting to be in Komi’s group and we see Komi awkwardly shy around the subject.

There are plenty of new characters that have been introduced in the trailer as well.

The over-achiever and a complete parody of any main character of any anime, whether it be shonen or shoujo, he opens his first dialogue with ‘I’m the main protagonist of this anime’, which made me instantly laugh at the sheer idiocracy.

Being played by Katsuyuki Miura, Shisuto Naruse looks like a helluva fun character that will surely be trolled over all the main protagonist stuff that he is going to utter.

The other character that is going to be associated with Mr. main protagonist for most of his scenes to call out all the motions and actions of Shisuto is Chūshaku Kometani.

Played sarcastically by Shotaro Uzawa he is referred to as the compulsive note-taker, and we will see what happens in the show.

This is Ayami Sasaki, a classmate of Komi who is going to accompany her during the school trip, it will be exciting to see what interactions does she have with our resident heroine, Komi.

Played by Minami Takahashi, the character lacks any depth in presentation but only time will tell if she’s as bland as her character appearance or is she going to steal the show.

This is Mikuni Katō, another classmate that joins Komi on the school trip, it will be exciting to see what kind of expressions and reactions does she bring out from Komi and what ends up being the reason for these two forming their friendship.

Played by Fumiko Uchimura, this character looks like a teacher’s pet at first glance, but let’s see if she turns out to be a golden swan in between black crows.

As always whenever the trailer for something releases the internet has to talk about it, but when it comes to Komi Can’t Communicate Season 2, even the haters are turning shifts and hoping to see the next season as soon as possible.

I am so excited for Komi can't communicate S2😭

Another one of a wandering fan looking for Komi Can’t Communicate Season 2 just like us.

Komi has the power to even shift the haters to her side, the great invincible Komi.

For more information on anime or mangas or Komi, don’t worry The Teal Mango will cover it for you.