North West is taking her impersonation skills to another level. In a new video, Kanye West and Kim Kardashian’s daughter dressed up as a dad. Well, the eldest daughter is known for poking a little fun at her parents and is truly a queen of impersonation. Read on to know her bang-on “Kanye West look” in her latest TikTok video. 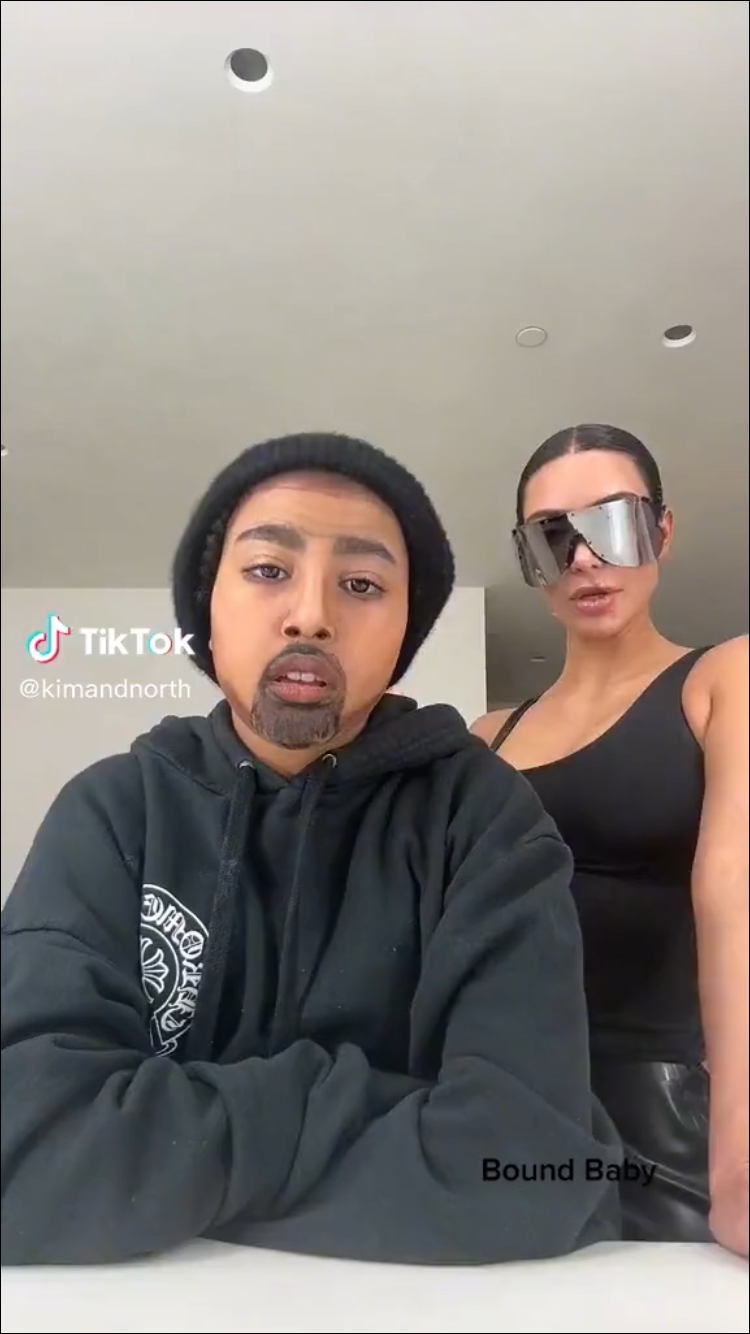 North West, the eldest daughter of Kim Kardashian and Kanye West, is their biggest fashion critic, and once again, she proved that no one can beat her at the impersonation game. The 9-year-old celebrity kid dressed up as her controversial dad, Kanye West in a recent TikTok video. Well, what’s worth noting is how well she impersonated Kanye’s ‘poker face’ expression.

In the video, North pulled off her dad’s look, putting her best effort to ensure Kanye’s beard and attire. She was seen wearing a beanie over the head and a baggy sweatshirt, which seems to belong to her dad.

She imitated Kanye’s poker face and in the background, her dramatic mother, Kim Kardashian was seen moving weirdly on a creepy choice of background music. So yea, the only thing worth noticing was North. Fans have mixed reactions to the video amid Kanye’s ongoing controversies.

One fan wrote, “This is a bit weird.” Another wrote, “I wish people would stop caring about this family.” One chimed, “Okay, this is a little cringe.” One expressed, “yo north really be the willing cause why she put Kim up to this lmaoo.” A critic wrote, “aside from all the weirdness regarding their situation, man, what a fucking awful choice of song.” One wrote, “Yo you daddy daughter lol.” One called Kim “shady”.

North, The Queen Of Impersonification North West has a pretty good sense of humour for her age. Despite being surrounded by her parents’ numerous controversies, she always finds a way to poke some fun at her own family. This is not the first time that North has pulled such an impersonification game.

North, at 9, is truly a queen of personification and seems to have a fair chance at sketch comedy. In Sept. 2022, she imitated her mother and was seen sporting long blond locks, a pair of familiar-looking black shades, and a makeshift shirt devised from the same yellow Balenciaga body tape, that Kim was seen wearing earlier in 2022. With this perfect impression of her mom, North started by saying: “Hi I’m Kim Kardashian West.”

Apart from this, she is truly a daddy’s girl and has worn Kanye-like clothes on numerous occasions. From his fur jacket, denim shirt, to the ripped jeans look, North West has been captured wearing daddy-like clothes since her childhood. When asked about who her favourite rapper was, North once said “Kanye West is my dad”. Well, keeping aside Ye’s several controversies, Kanye is a loving dad and loves his children to the core.