Kim Kardashian isn’t ready yet to dive back into the dating game! The “SKIMS” founder has come forward to clarify her stance amid several speculations following her split from “SNL” alum Pete Davidson. The 41-year-old reality star revealed on “Live With Kelly And Ryan” that she has no plans to date anyone. Kim’s Not Looking For Anything… 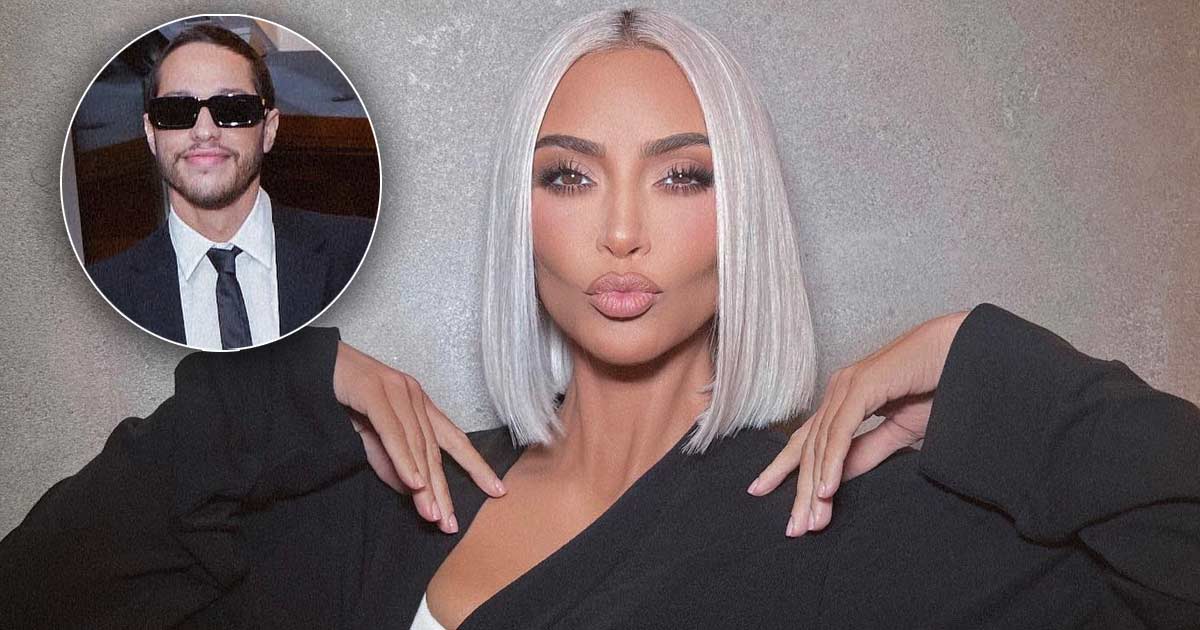 Kim Kardashian wants to devote more time to herself and her kids following her split from Pete Davidson. During her appearance on “Live With Kelly And Ryan” on Monday (Sept. 26), the “SKIMS” founder was asked about ” what kind of man she sees herself with next.” Kim immediately responded, “Absolutely no one.” The mother-of-four went on to reveal that she is taking a break from dating after Pete.

When asked by Kelly Ripa about “staying off dating apps”, Kim mentioned that that “wasn’t even an option.” Kim and Pete’s relationship ended this August after nine months of dating. Since their meeting on “SNL”, Kim and Pete were seen as a “true couple” but then things went for a toss. Well, Pete got some real tattoos for her queen.

Not only this, but Kim recently quoted that she would love to date someone who is from fields other than the celebrity world. Kim revealed that she’d like to date a scientist, an attorney etc. Stating that “a bunch of men” reached out to her, Kim is not yet ready to give someone a chance.

Stating that she has no room for a boyfriend in her life, Kim stated: “I’m not looking for anything,” she said. “I think I really just need to be by myself and focus and finish [law] school and [focus on] my kids.” FYI, Kim recently bought a lavish $70 million beach house in Malibu and is focussing on decorating it all by herself.

Why Did Kim And Pete Davidson Break Up? Kim and Pete Davidson, who looked like a perfect couple a few months back, ended up their relationship this August. The pair sparked romance rumours after Kim hosted “Saturday Night Live” in October 2021. After nine months of dating, it came out that distance remained big trouble in their relationship.

One close source revealed, “Pete being away for so long was hard for them. Kim is doing well and she knows she has a lot going on. Pete has been super busy as well.” Pete even got several tattoos on his body for Kim and her children. The Kardashian family absolutely loved him, but then, the two decided to move on, choosing their respective professional lives.

Last week, Kim Kardashian bought a lavish Malibu house for a whopping $70 million. The luxurious property will be a dream summer house for Kim’s kids. It has been reported that Kim consulted Kanye West before this purchase, and Ye generously offered help to Kim to revamp this house. It has come out that Kim wants to completely immerse herself in decorating her gorgeous $70 million Malibu house. Well, that’s her plan for now, but I think Kanye will surely have some place in it. And hey, it’s Kim and she is too unpredictable. Do you think she plans to reconcile with Kanye? Well, he is just hoping for it.