The fans are keeping an eye on every move of Kim Kardashian! Not long ago, the former Keeping Up With The Kardashians star posted a carousel of pictures on the social media platform.

The reality star posted a series of pictures of herself with her mom, Kris Jenner, and sisters, Kourtney Kardashian, Khloe Kardashian, Kendall Jenner, and Kylie Jenner from the family’s party which took place on Christmas Eve. 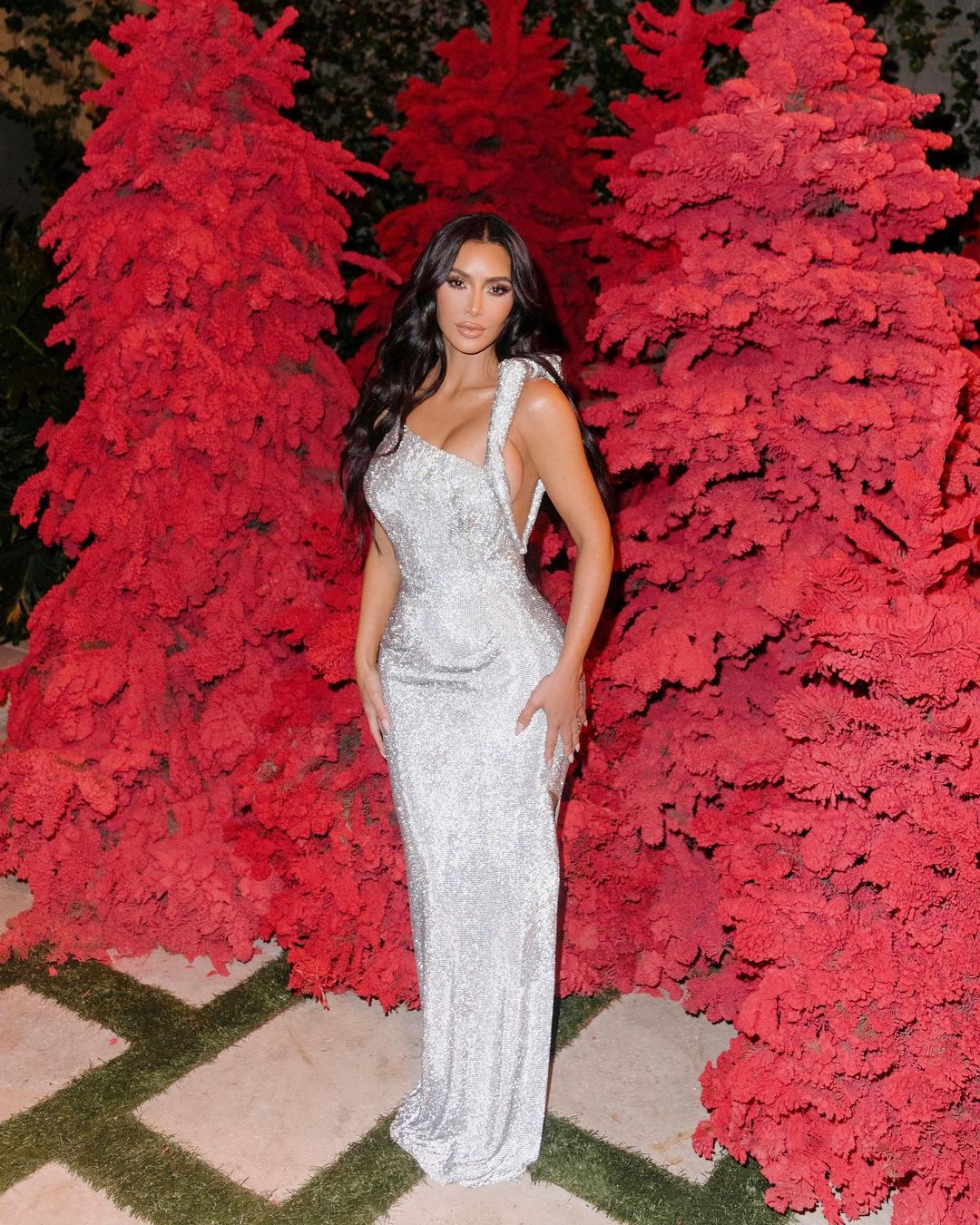 The followers of the Kardashian clan raved over their festive looks, but a couple of eagle-eyed social media users noticed that some of the pictures looked distorted and heavily edited. Read on to know more about the whole thing.

A few days ago, the Skims founder took to her Instagram profile to share a couple of pictures of her from a holiday party that was held on Christmas Eve. She posted photos of herself with her mom Kris and all of her sisters: Kourtney, Khloe, Kendall, and Kylie on the social networking platform Instagram.

Soon after, some fans noticed that a few pictures of the reality TV star seemed edited as well as distorted. In one of the photos, the whole Kardashian-Jenner clan can be seen posing in red, white, nude, and black formal attires.

The fans asked why Kendall’s feet looked edited and whether everyone had been Photoshopped together. One social media user commented, “Why though? It’s so hard to take a picture together? Isn’t it harder to photoshop each and every one in? This family is baffling.”

Followed by a user who penned, “Every single jawline is photoshopped looks like there [sic] heads been cut an [sic] pasted on.” Another user agreed and wrote, “This does look photoshopped. Either way noone looks happy..”

A third one chimed in and further added, “Look at Kendall’s foot Hahahah. Not edited at all. They were all edited in 😂😂.” A fourth social media user went on to say, “Y’all look photoshopped in. Especially u kim. From another picture.” As of this moment, Kim Kardashian has not addressed the speculations about photos being photoshopped. Hopefully, she will put out an official comment on the same in the times to come.

Kim has been accused of photoshopping pictures several times

In the past, the beauty mogul has been accused of photoshopping her photos many times. Earlier this year, in April, the social media users spotted that Kim’s belly button was missing when she shared images of herself wearing a new Skims set.

Later on, The Kardashians star shut down the allegations on Instagram. At that point, she wrote, “Come on guys… Seriously! This is so dumb! Claiming I photoshopped out my belly button????”

Over the summer, Kim was accused of editing out her trapezius muscle around her neck and shoulder while promoting her Beats by Dre collaboration.

Do you think Kim photoshopped the family’s Christmas photo? Kindly let us know your thoughts in the comments section below. Don’t forget to stay tuned with us for the latest updates from the world of showbiz.