Kim Kardashian Dressed Up As X-Men’s Mystique, Got Trolled For Kids Costumes

Although Kim Kardashian is often trolled for being famous because she is “famous”, she does make her time in the limelight quite entertaining. The reality star puts a lot of effort into her attire and it shows. Kim Kardashian does not miss a chance to dress up. Since Halloween is all about dressing up in the quirkiest ways possible, fans awaited Kim Kardashian’s dress for the night.

The 42-year-old took to Instagram to share her outfit for the night. She revealed that she was dressed in an all-blue costume that required a lot of blue paint. She was dressed as the X-Men villain Mystique. She went all out and even had red-flaming hair to combine the look. She also adorned her body with scales and ridges to make the costume look as real as possible. To complete the look, she even had yellow contacts in.

Mystique’s superpowers include taking the shape of other humans and animals through her ability to “molecularly shift the formation of her biological cells at will to change her appearance.”

As Kim Kardashian shared stories of her Halloween costume on Instagram stories, she added Marvel’s background music. She was not the only person to sport an X-Men costume. The 24-year-old singer Chloe Bailey dressed up as Storm for Halloween and also got Halle Berry’s approval for it.

Before Kim Kardashian, the British singer Jade Thirlwall wore the Marvel blue costume back in 2014. The blue-hued glory was her choice of Halloween costume that certainly gathered a lot of attention.

While Kim shared her costume only on stories, she did post her children’s costumes on her Instagram. It has well over 6.2 million likes.

The proud mother wrote in the caption “THE ICONS – AALIYAH, SADE, SNOOP, EAZY E.” She had dressed her kids North 9, Saint 6, Chicago 4, and the youngest Psalm 3, as music legends.

While most of the comments were positive, the reality star did get trolled for dressing up her kids as adults. Halloween is all about dressing up in the weirdest costumes and kids are most excited about it. 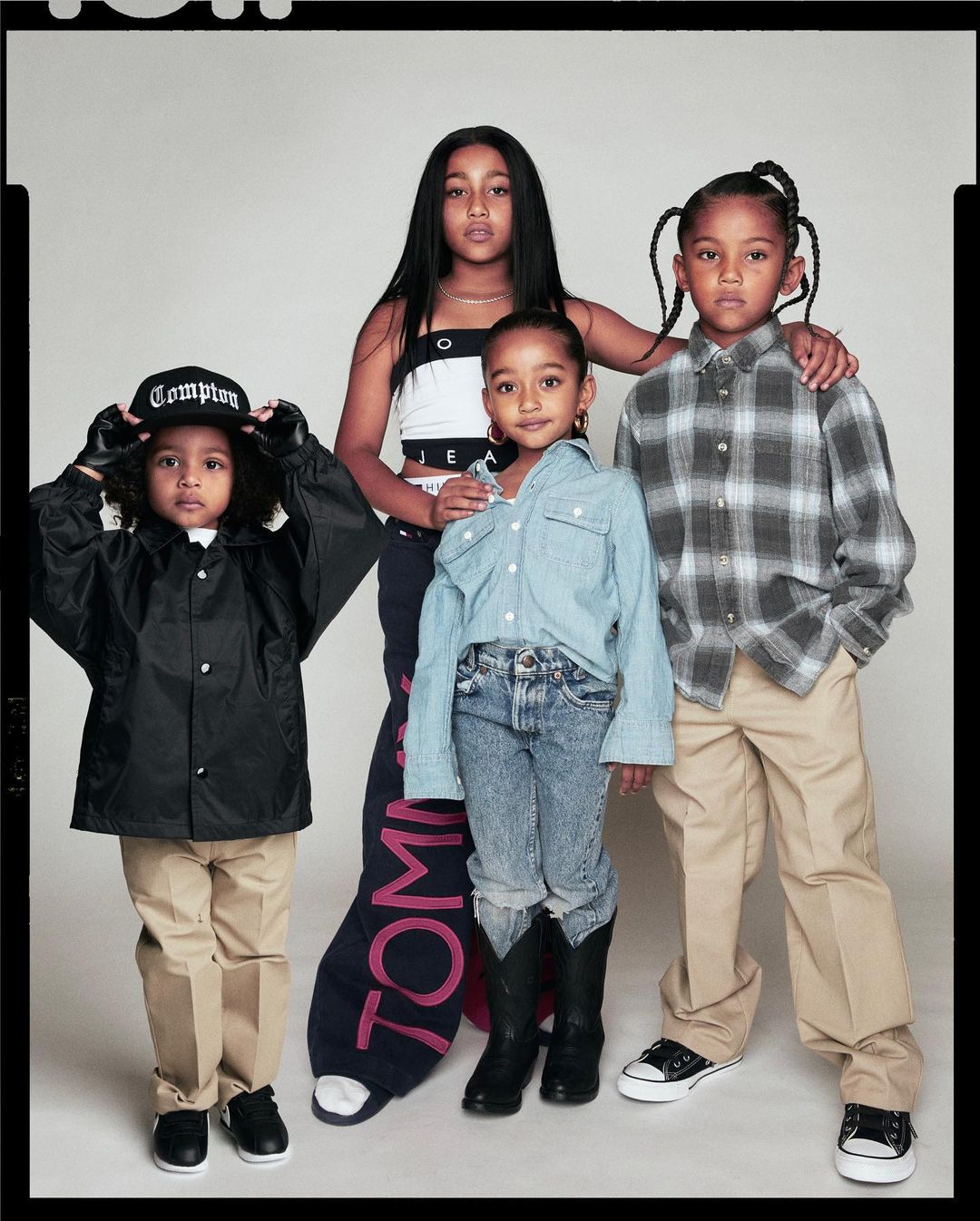 One person commented “they wanted to be fortnite characters kimberly,” suggesting that the kids probably wanted to dress up in something childish and not as musical legends. Another user zoomed in on Saint’s face and commented “He looking like I wanted to be Spider-man”.

One user appreciated the costumes but added “She has no idea who Sade is but she killed it”.

While many people dress up as Kim Kardashian on Halloween, she has to come up with something new and innovative each year. Although her dress is not entirely “new”, Kim goes all out and usually stands out from people who may have done the same thing.

In September, she was trolled for wearing a body-hugging sparkling suit to the Milan Fashion Week. She could be seen wobbling around as she was unable to walk or even climb the stairs. A video of her struggling at the staircase went viral and she got heavily trolled for it.

But that does not stop her from still trying her best to stand out and dressing fancy any chance she gets.