‘Keeping Up With the Kardashians’ star Kim Kardashian has made her relationship with SNL comedian Pete Davidson Instagram official. This is the first time that Kim has posted a picture with her beau on her Instagram account. She just become legally single but now she is taken on the gram. 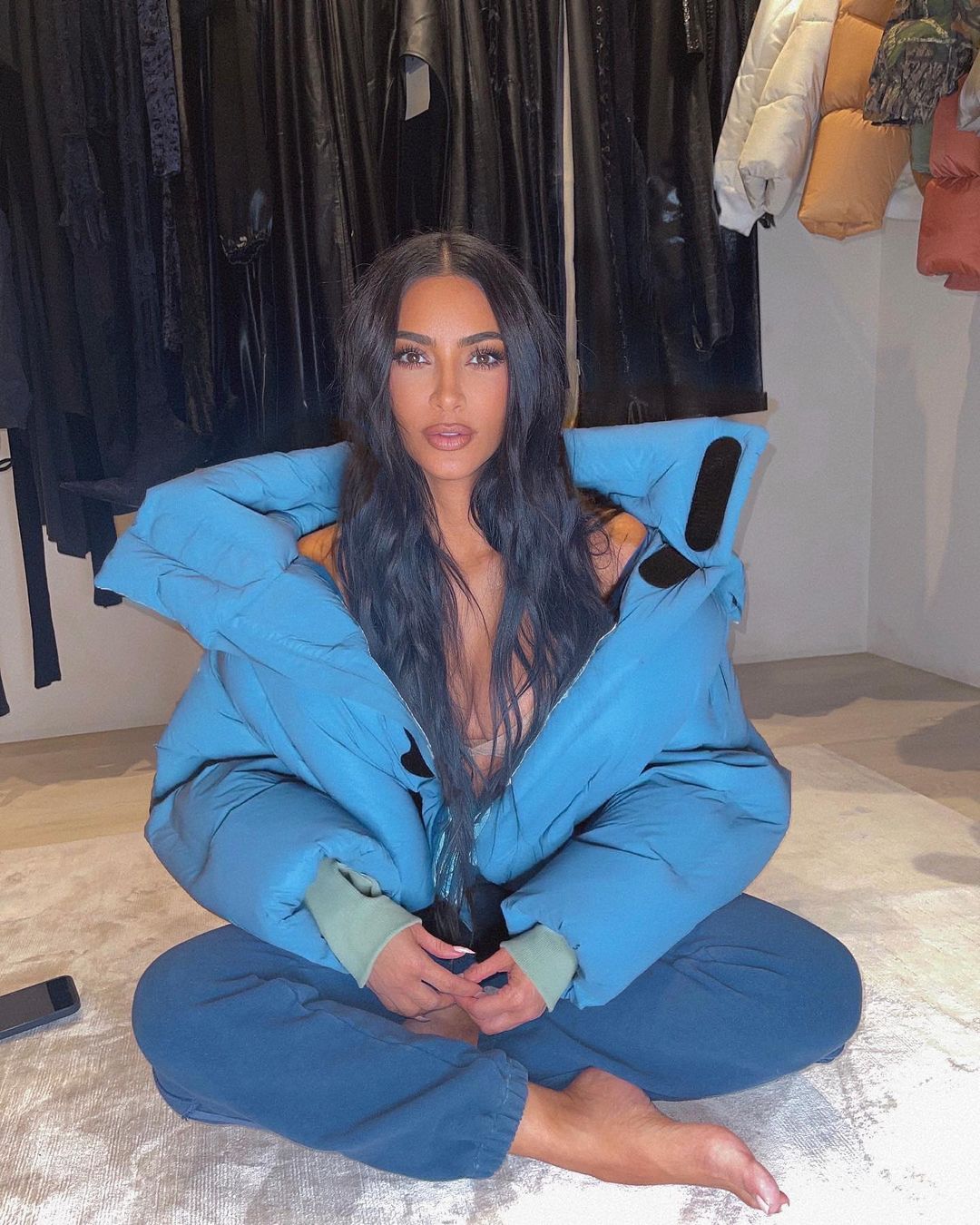 Check out Kim’s announcement below

Kardashian took to her Instagram handle on Friday and shared a couple of pictures of her and her boyfriend Pete. “Whose car are we gonna take?!”, she captioned the post. It looks like the photos are from one of the couple’s many Valentine’s day weekend date nights.

Kim and Pete look madly in love with each other. In the first shot, we see Kim posing in a shimmery silver fringe coat and nailing it as usual. On the other hand, ‘The King of Staten Island’ actor is seen wearing a brown jacket with flannel underneath.

In the next picture, we witness the lovely pair sitting on the floor and making kissy faces at each other.  It seems like the businesswoman and her guy were about to kiss. They look too adorable for words. 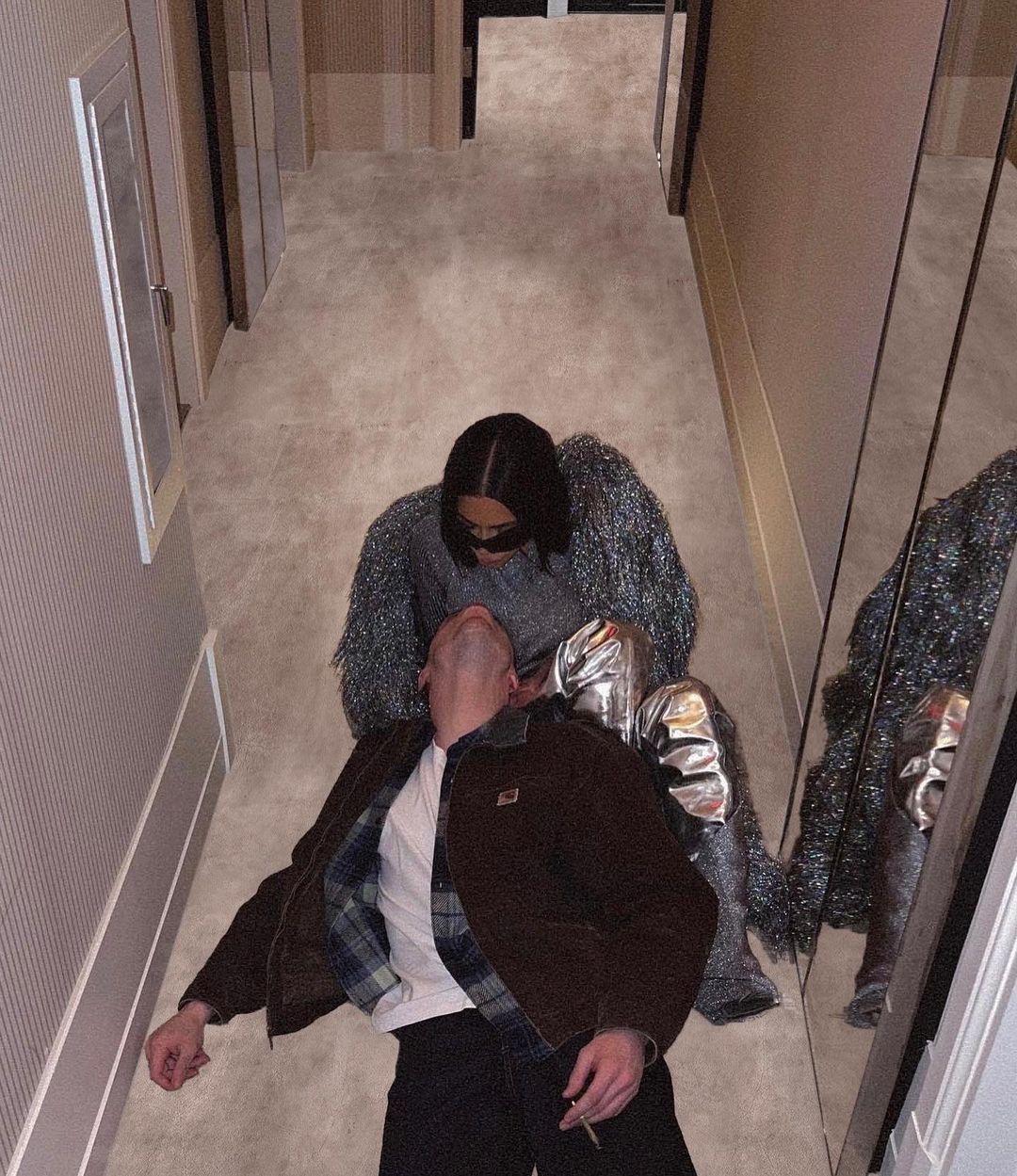 After that, the 41-year old put up a solo shot of herself, followed by a cute black and white selfie of the couple. The photos of the pair have been taken at a lavish hotel. In the shots, we can Kim and Pete just goofing around with one another. 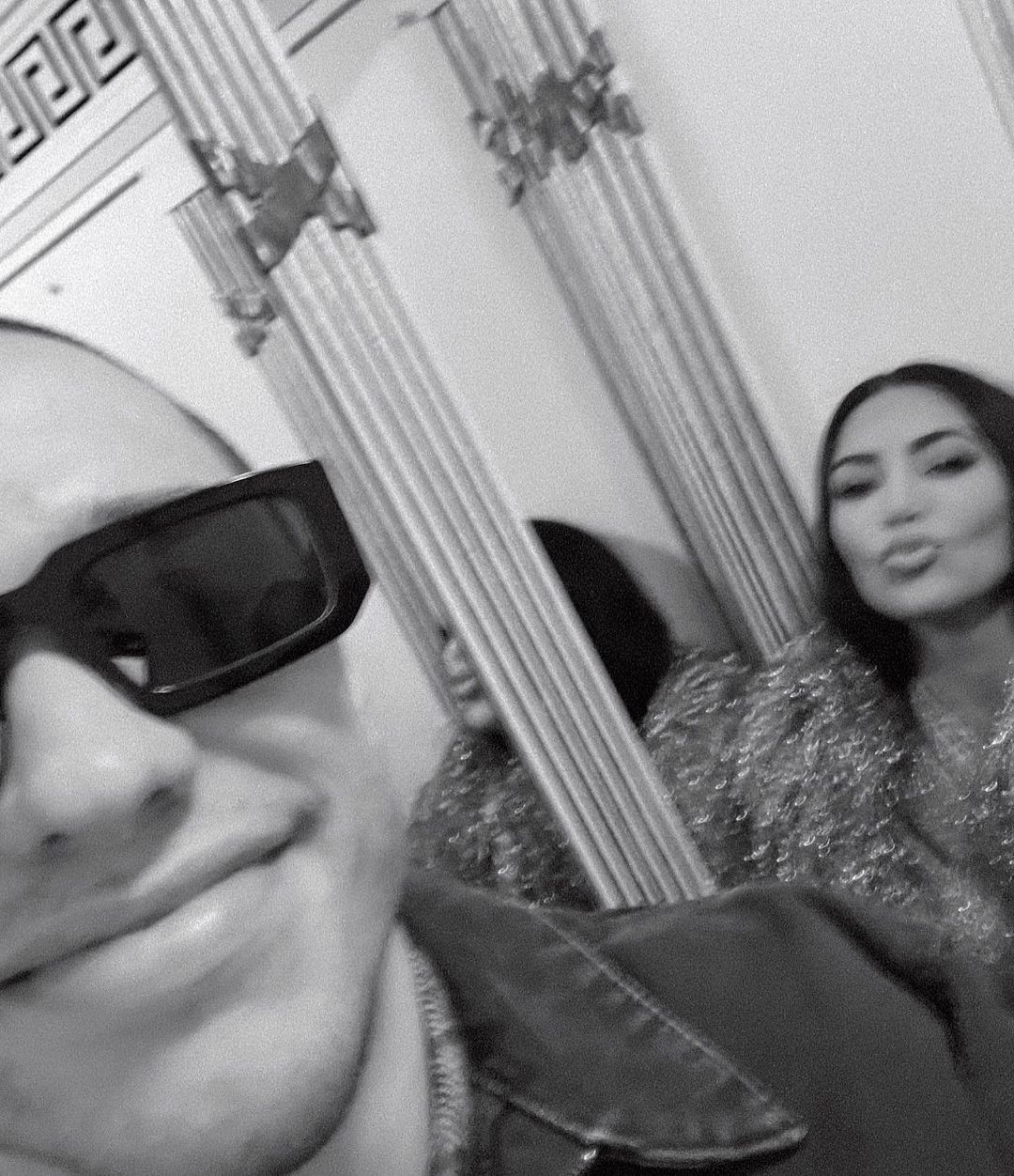 The rumors regarding Kardashian and Pete started spiraling in the air after she made an appearance on ‘SNL’.  Kim hosted the show, in a skit, she essayed the role of Princess Jasmine and Pete portrayed the character of Aladdin. The duo shared a kiss during the SNL skit. 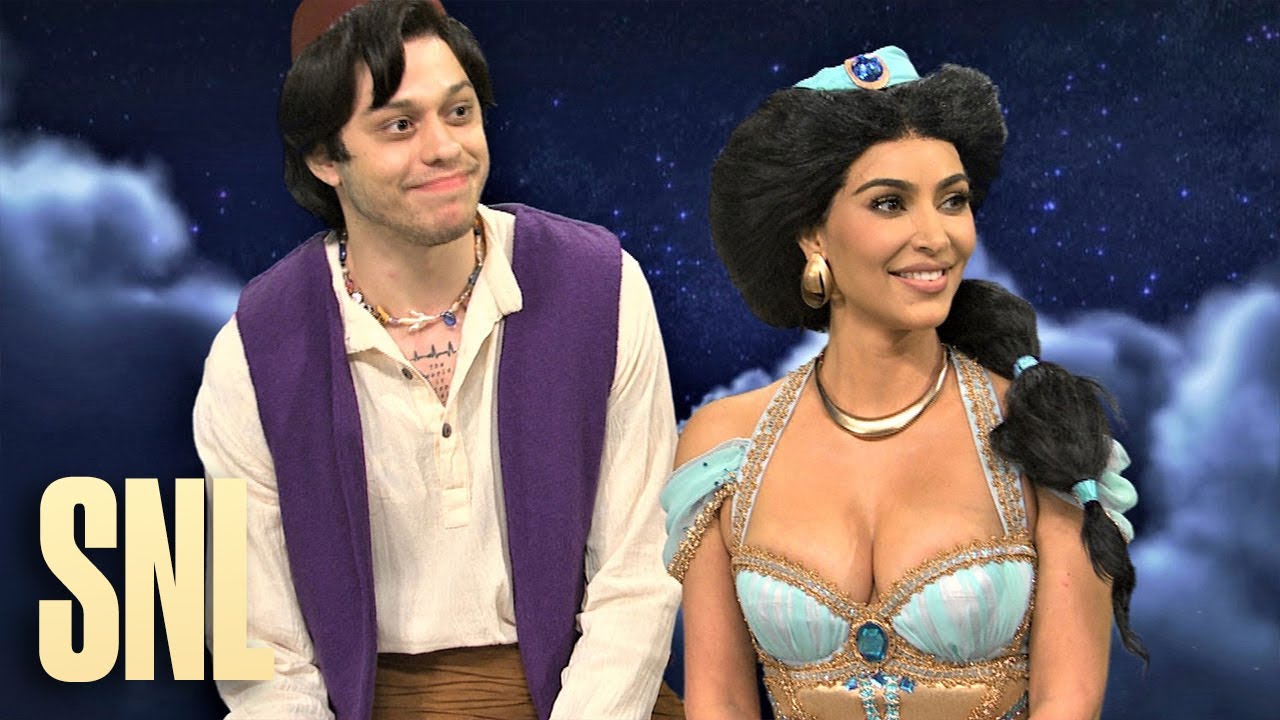 Shortly afterward, the two were spotted holding hands on a romantic getaway in California’s Knott’s Berry Farm by the end of October.  Following this, the couple celebrated Halloween together. Over the last couple of months, their whirlwind romance has become much stronger.

Where does Kim stand with Kanye at the moment?

After seven years of marriage, Kim filed for divorce from ‘Donda’ rapper Kanye in February 2021. Kim and Ye share four kids: North who is 8, Saint is 6, Chicago is 4 and their youngest Psalm is just 2 years old. Now the exes have taken completely different roads.

How did the celebs react to the big news?

As soon as the Skims founder made her relationship with Pete Davidson official on Instagram, many celebs stopped by dropping their wishes for the couple. Kim’s friend Ash K Holm wrote, “Also you guys are too cute.!!!” Khloe Kardashian commented, “I love this”. 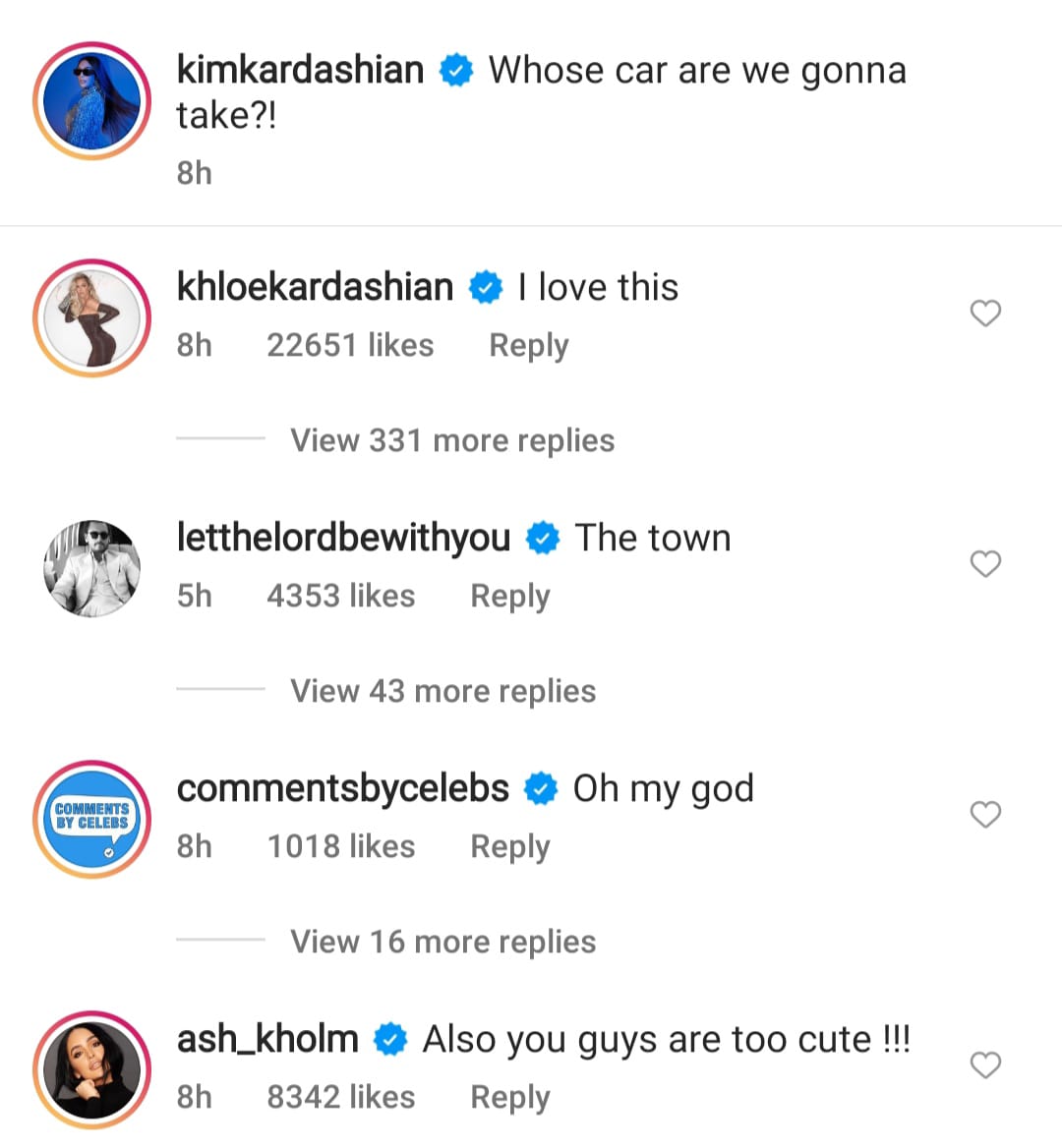 COO of Poosh Sarah Howard expressed her excitement towards the pair and wrote, “This is the post I’ve been waiting for. 🔥🔥🔥” Scott Disick penned, “The town”. Kim’s long-time pal Paris Hilton also dropped an emoji in the comments section.

These were a few reactions of the celebrities to the news. Kim and Pete look smitten in love. Stay tuned for the latest updates.