Khloé Kardashian is showing off her Yeezy sneakers! Not long ago, the former Keeping Up With The Kardashians star was snapped out and about in public wearing a pair of Yeezy sneakers, a few days after Adidas ended its partnership with the Donda rapper Kanye West.

Over the last couple of days, the Yeezy designer has been in the spotlight due to his anti-Semitic comments on social media. Keep scrolling further to know more details about Kardashian’s latest outing. On Wednesday, the Good American co-founder stepped out in public to take her daughter True Thompson to an art class. She donned a gray sweatsuit and a pair of Yeezy 350 sneakers.

We must say, the reality TV star’s choice of sneakers is pretty odd as earlier this week, her ex-brother-in-law Kanye West was dropped by Yeezy collaborator Adidas after his anti-Semitic remarks on social media. As of this moment, not a single member of the Kardashian-Jenner clan has directly called out Kanye West for his anti-Semitic remarks. Khloé Kardashian was the first one from the famous family to put out a statement on social media condemning anti-Semitism.

On Monday morning, Khloé took to her Twitter page and wrote, “I support my Jewish friends and the Jewish people.” Soon after, Kim Kardashian, the ex-wife of Kanye popularly known as ‘Ye’ also expressed her thoughts on the same.

The Skims founder wrote, “hate speech is never OK or excusable. I stand together with the Jewish community and call on the terrible violence and hateful rhetoric towards them to come to an immediate end.”

Over the years, Kanye West has had a complicated relationship with the clothing brand Adidas. On Tuesday, October 25, 2022, the German sportswear brand announced that it has ended its decade-long partnership with musician and fashion designer, Kanye West after he made a series of anti-Semitic online posts this month.

Adidas issued a statement that read, “Adidas does not tolerate antisemitism and any other sort of hate speech. Ye’s recent comments and actions have been unacceptable, hateful, and dangerous, and they violate the company’s values of diversity and inclusion, mutual respect and fairness.” 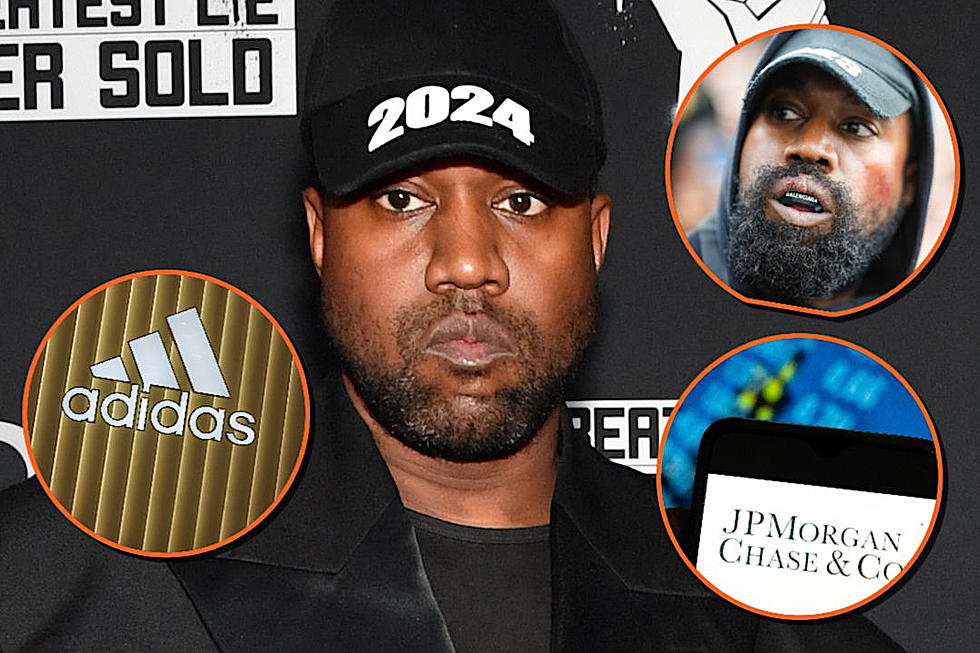 It further read, “after a thorough review, the company has taken the decision to terminate the partnership with Ye immediately, end production of Yeezy branded products and stop all payments to Ye and his companies.”

Celebs urged Adidas to drop Kanye after his anti-Semitic remarks

In the past, many celebrities urged Adidas to drop Kanye West after his anti-Semitic comments on social media. At that time, Kat Jennings took to her Twitter, and penned, “The world is watching, @adidas,” meanwhile Valerie Bertinelli asked, “Hey @adidas you up?”

What do you think about Khloé Kardashian wearing Yeezy sneakers? Kindly let us know your thoughts in the comments section below. Don’t forget to stay tuned with us for the latest updates from the world of showbiz.