Kevin Federline and Jimmy Spears seem to have buried the hatchet as the two are writing a book on Fatherhood together. As sarcastic as it may sound, yea, Birtney’s father Jimmy Spears has agreed to help Kevin write a book on fatherhood. Not only this, but Jimmy also spoke for the first time in a decade, defending his conduct while mentioning that Britney wouldn’t have been alive without a conservatorship. 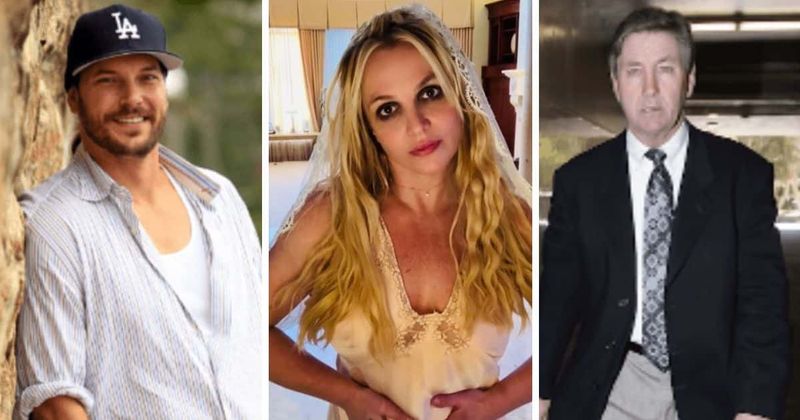 Kevin And Jimmy Having A Fresh Start… Kevin Federline and Jamie Spears have made peace in at least one way. Jamie appeared in his first interview in a decade and defended his conduct towards Britney. Not only this, but he added that he has agreed to help Britney’s ex-husband Kevin Federline to write a book on fatherhood.

Journalist Daphne Barak, who interviewed both men in recent months, shared on Sunday that the “two men are now speaking to each other once again” after a turbulent relationship. If you aren’t aware, Kevin got a restraining order against Jamie after he was accused of abusing his grandson.

This protective order prevented Jamie from seeing the former couple’s son, Jayden James for three years. However, he wasn’t hit with any criminal charges. In his recent interview, Jamie Spears expressed his love for his two grandsons: “I miss my two boys really, really bad. I do. We were very, very close. … It’s been a tough three years without them.

” Describing his family as a “mess”, Jamie revealed that most people don’t know what the truth is. As for Kevin, he shares two sons, Sean Preston and Jayden James with his ex-wife Britney Spears, to whom he was married for three years. Jamie Spears also revealed in his interview that he never did anything wrong to her. In fact, he claimed that he does not “know if Britney would be alive” if he hadn’t taken control of her medical, personal and financial affairs whilst the Grammy winner struggled.

Jamie stated: “Not everybody’s going to agree with me. It’s been one hell of a time. But I love my daughter with all my heart and soul.” He added, “Where would Britney be right now without that conservatorship? And I don’t know if she’d be alive. I don’t.”

“For protecting her, and also protecting the kids, conservatorship was a great tool. Without it, I don’t think she would have got the kids back,” Jamie expressed. Her two sons have maintained their distance from their mother. Britney, on the other hand, accused her father of abuse and milking millions of dollars from her estate during her conservatorship of 13 years, which ended in Nov. 2021.

As for Kevin and Jamie’s improved relationship, Britney’s fans came forward and expressed their anger. One wrote, “Is this a joke?” A second person tweeted, “the question is someone going to buy him?? everything he has done in his life is a failure. The only reason he lives well is Britney’s money and the fact that she’s been trapped in a conservatorship.”

One person expressed, “Well I imagine that there was probably an agreement during the c-ship about what he could do publically, but now…” Another wrote, “Milking Britney’s name is the only career they ever had and they will continue to do so til the end of time. Another posted, “He only knows how to live off B money.” Well, it’s funny that Jamie is helping with fatherhood advice, something he truly lacks.