American actor and comedian Kenan Thompson appeared on The Tonight Show. They cleared off the air as to whether or not Samuel L. Jackson is banned from the Saturday Night Live show due to an expletive-ridden sketch from 10 years ago. Read on to know all that the SNL star spoke to Jimmy Fallon. 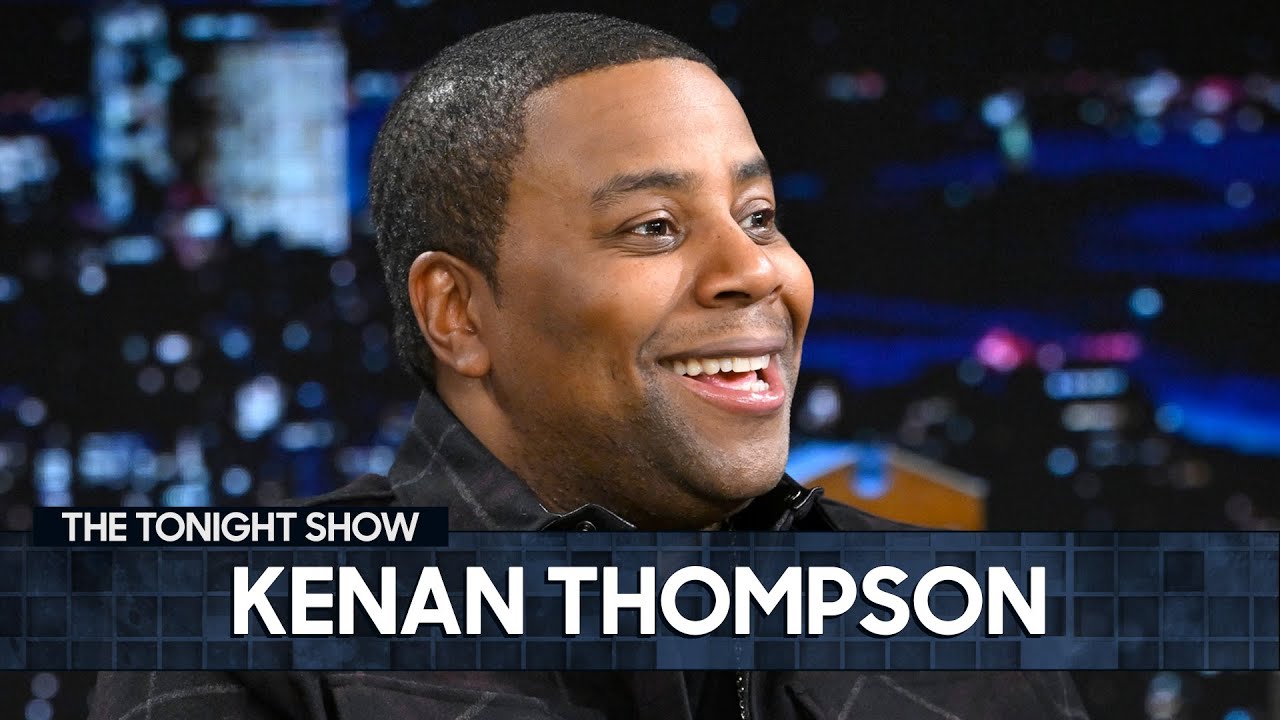 Is Samuel Jackson Banned from SNL?

Kenan Thompson appeared on The Tonight Show starring Jimmy Fallon and greeted the show’s band “The Roots”. The 44-year-old Saturday Night Live star was asked by Jimmy about Samuel Jackson’s ban from SNL.

Thompson added, “I don’t know why he thinks that! But, this is a great story. Kenan Thompson sarcastically faced the camera and said, “Hey Sam, It’s all good bro. You’re welcome anytime for what I’ve been hearing.

The sketch in question was the popular recurring skit “What Up with That?,” which stars Thompson as Diondre Cole, an over-enthusiastic host of a chaotic BET talk show. Thompson recalled Jackson’s cameo and said, “He dropped the F-bomb on the show, but he says I was supposed to cut him off before that.

Thompson also revealed that the cue card only had the letter “F” and not the actual curse word. He said, “I was thinking he was just gonna go, like, a fake move. … But he went full train at it because I guess he’s a method kind of guy.” 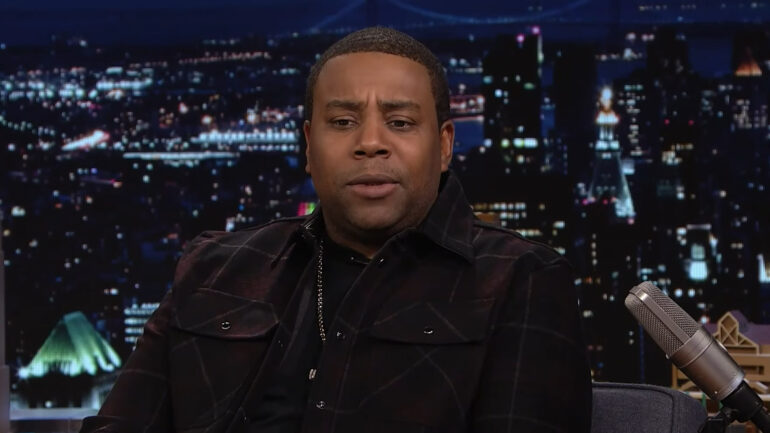 Speaking a bit more on the hilarious televised moment, Thompson said the first incident of profanity left him “processing” what had happened before it inevitably happened again. Thompson cleared the air by saying that Samuel did it twice.

The longest-running cast member of SNL told Jimmy that “When he did it the first time, I was processing, like, ‘Oh snap, he did it and I didn’t make it or whatever, I didn’t cut him off in time.’ That just happened. … But we kind of expect the f-word out of Sam Jackson so no harm done. But then he doubled down and said it again, and I was like, ‘Yo, my man, we gotta pay for those.’”

Kenan Got Me Banned, Said Samuel

In March, Jackson told Ellen guest host Leslie Jones that he dropped an F-bomb during a live sketch in 2012 and lightheartedly claimed that Thompson got him “banned” from future appearances.

“Kenan got me banned from Saturday Night Live,” the Oscar-nominated actor told Jones. He added, “He didn’t cut me off soon enough, and I said the forbidden word on television. It was like, ‘Ah! He was supposed to cut me off.” Now it’s all loud and clear! It wasn’t Thomspon as he wants Jackson back. Well, we all want him back, don’t we? 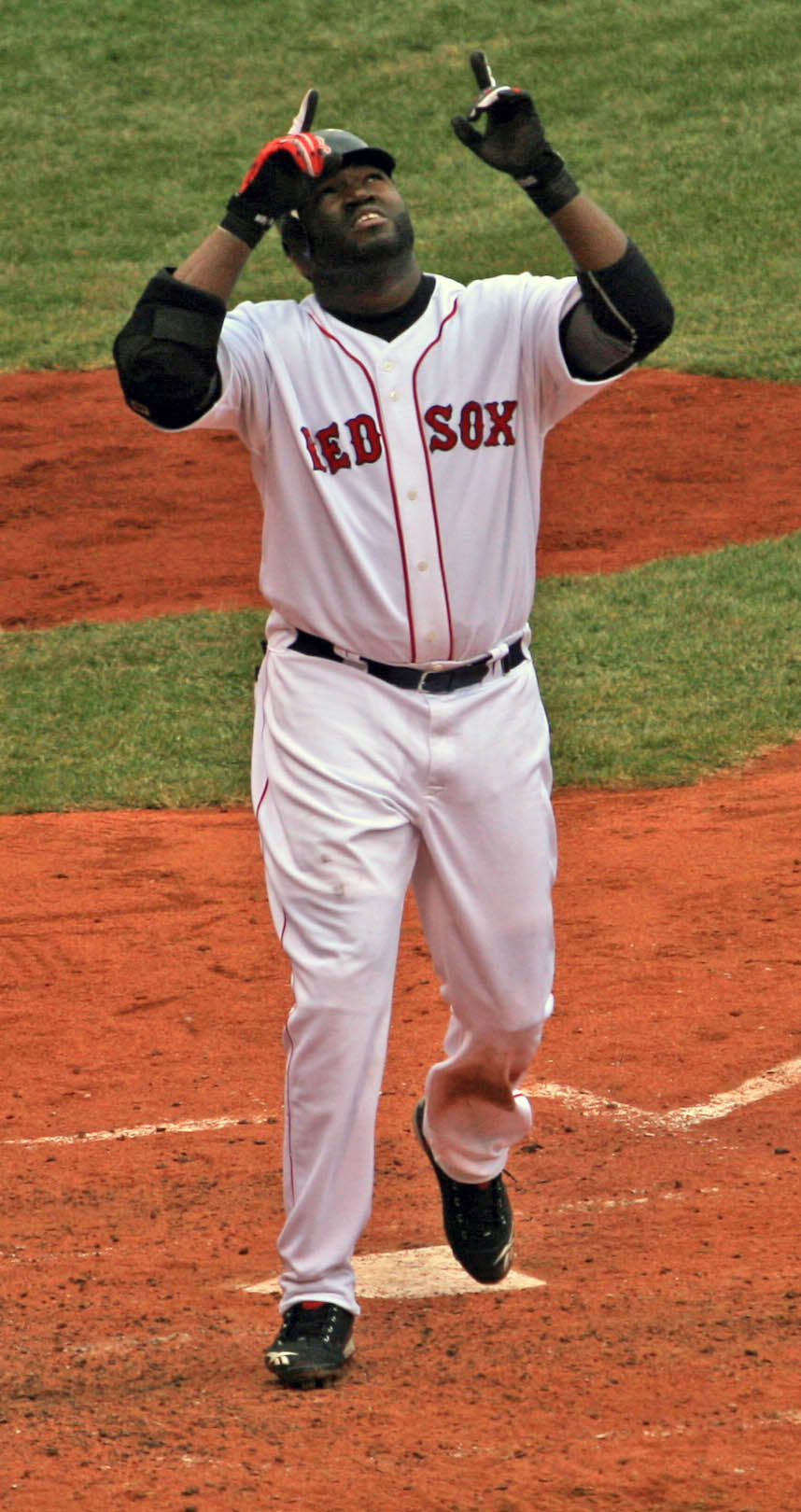 Jimmy told the Kenan star that he likes David Ortis aka “Big Papi”. Kenan Thompson revealed his love for the former baseball designated hitter by saying, “He’s the best.” Jimmy told Kenan that he has to meet him. Well, Kenan has already met David Ortis!

Jimmy then asked Kenan, “What does he think of the impression?” Kenan revealed that it was his chance to do the “Scarface” impression. He said, “You know what I mean? When I heard that, you know “Big Papi” talk like that, I mean, I was like, Oh My God! I can actually do it, man. Take my Tony Montana moment.”

Thomspon imitated the impression by saying these lines in the same manner as Ortis: “You know what I am saying? That’s how you do it. Talk about the Red Sox. Maybe, Talk about Miami a little bit.” Kenan stated that David Ortis is such a jolly person and it allows for him to have fun like that.

Kenan revealed his encounter with Big Papi. He stated that he did his podcast, Ortis told me, “Yo, my man. I knew I made it when you did me on the show. I loved that. Thomspon and Jimmy once again did the “Big Papi” signature move by putting their hands in the air.

FYI, Kenan has also started his own production company. Jimmy said, “This is the chapter. This is what you dream of. Kenan revealed that it feels like this is the next stage in life. Makes sense, isn’t it? He appeared on SNL when he was just 25-years-old.

Kenan stated that he partnered with his buddy Johnny Ryan and they started a thing where it was going to allow lots of things to come under it. The company is called “Artist for Artist”. Now, that’s got some feel to it! FYI, Kenan has done 15,00 sketches by now. Finally, Thompson has cleared the air over Sam’s ban from “SNL” on The Tonight Show by reiterating his invitation to Jackson to return to the SNL stage. Kenan said,  “He’s been mad at me for that, so my bad, bruh, you know what I’m saying?

He added, “I didn’t think he was gonna do it like that, but…come on in whenever you want. It’s Sam Jackson, who doesn’t want Sam Jackson on the show?” Well, Kenan is being the bigger guy here. What say?