The fairytale romance of The Matrix Resurrections star Keanu Reeves and his artist girlfriend Alexandra Grant is one for the books. These two went from being just good friends to a rock-solid couple. Keep scrolling to know more about their whirlwind romance. All About the latest outing of Keanu Reeves and Alexandra Grant

Not long ago, the couple was spotted out and about in public together. They made a rare appearance at the 2022 MOCA Gala which was held at The Geffen Contemporary on Sunday (June 4) in Los Angeles.

For their recent outing, Keanu and Alexandra brought their A-game to the red carpet of the MOCA Gala. Reeves was handsome as ever in his navy pantsuit. He completed his look with a check tie. On the other hand, his ladylove Grant looked stunning in a red dress. The longtime pair stepped out for the big event alongside many A-listers from the entertainment industry such as Eva Longoria, Krysten Ritter, Christina Hendricks, and George Bianchini.

Keanu and Alexandra were friends for a long time

The actor and artist have been good friends for years now. Back in the day, they were just friends. As per the reports, these two met for the first time at a dinner party in 2009, and their platonic relationship eventually turned into a professional one. Keanu and Alexandra even worked together in the year 2011 on a book called The Ode To Happiness, which includes Keanu’s poems and Alexandra’s illustrations. Not only this, but Grant also provided drawings for the actor’s poetry book titled Shadows, in 2015. Nearly after two years, the duo founded a publishing company, X Artists Books, together.

Soon afterward, they turned from friends to lovers. As of now, it is not known when did that turn come into the relationship of the pair. During an interview with Page Six, in February 2020, Alexandra’s friend Jennifer Tilly spilled the beans on their romance. Around that time, Tilly told the media outlet, “I remember a couple of years ago, about a year and a half ago, [Alexandra] said, ‘Keanu Reeves is my boyfriend’ and I’m like wait, what? What? What?!”

Grant’s friend further added, “It’s really astonishing to me how in the last five months, all of a sudden, she goes to an event with him and everybody goes insane, like, ‘It’s his new girlfriend.’”

Keanu and Alexandra hit the red carpet for ‘MOCA Benefit 2019’

For the event, Alexandra opted for a glittering dress and we must say she shined bright like a diamond at the MOCA Benefit. Meanwhile, Keanu was dapper in his black suit. At that point in time, no one suspected that anything was going on between the pair. They did not pose solo on the red carpet of the event. Keanu and Alexandra posed together and after a while, they were also joined by the director of MOCA, Klaus Biesenbach.

The couple attended the Saint Laurent show together

During the same year, Alexandra and Keanu were snapped together in June of 2019 at the Saint Laurent Men’s show at Paradise Cove Beach in Malibu. The two of them posed together for photos during the event’s photo cal, but their appearance did not spark any dating rumors. Keanu was holding onto Alexandra’s hand as they posed for pics.

When did Keanu and Alexandra make their relationship official?

Reeves has kept his personal life away from the flashing cameras. He and his girlfriend Alexandra went public with their romance in November of 2019 as they walked the red carpet at the LACMA Art + Film Gala presented by Gucci in Los Angeles.

The pair was seen holding hands and were by each other’s sides at the event. We must say they looked pretty comfortable and happy in one another’s company. What did Alexandra Grant have to say about her relationship with Keanu?

During an interaction with British Vogue, Alexandra Grant addressed the romance rumors with Keanu Reeves for the first time in March and she also talked about the attention she received after the pair went public with their romance.

Grant told the famous magazine, “I think every single person I knew called me in the first week of November, and that’s fascinating. But the question I’ve been asking in all of this is: ‘What is the opportunity for good?'”

Later on, in the interview, Alexandra was later asked if marriage was something she could foresee for herself in the future. She jokingly added, “Over a glass of wine… I would love to tell you.” 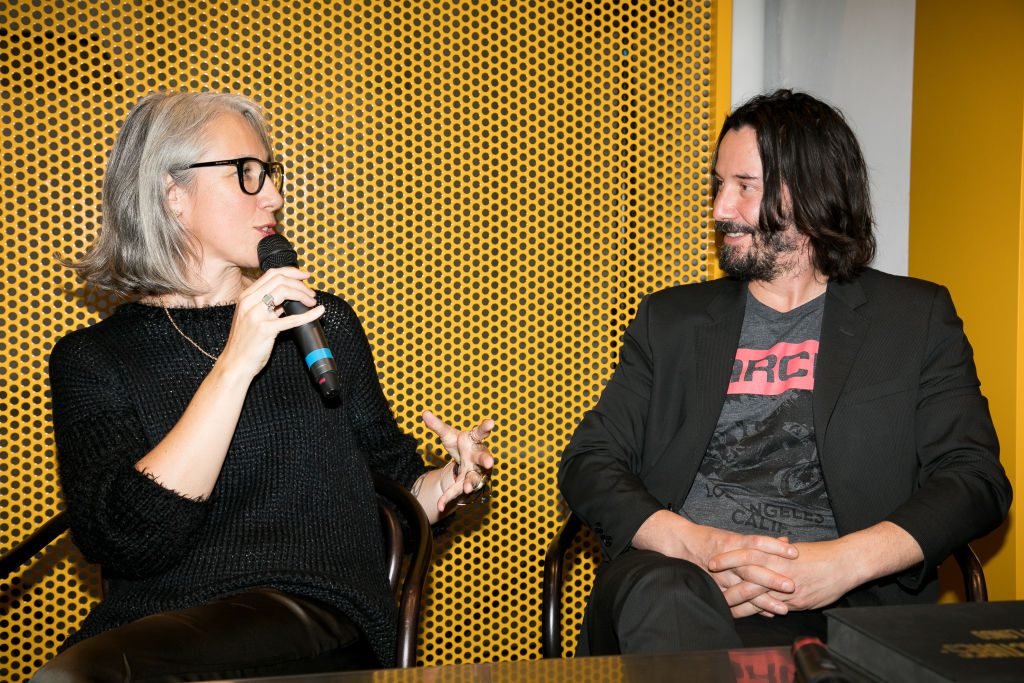 The artist went on to say, “Love at every level is deeply important to my identity. How’s that for dodging the question? I do not believe that isolation is the way. There is a period of isolation that I do as a painter, but I deeply value the experience of being in relationships.”

Ever since then these two lovebirds have been going pretty strong. From there on, Keanu and Grant have never been shy from flaunting some PDA in the public. 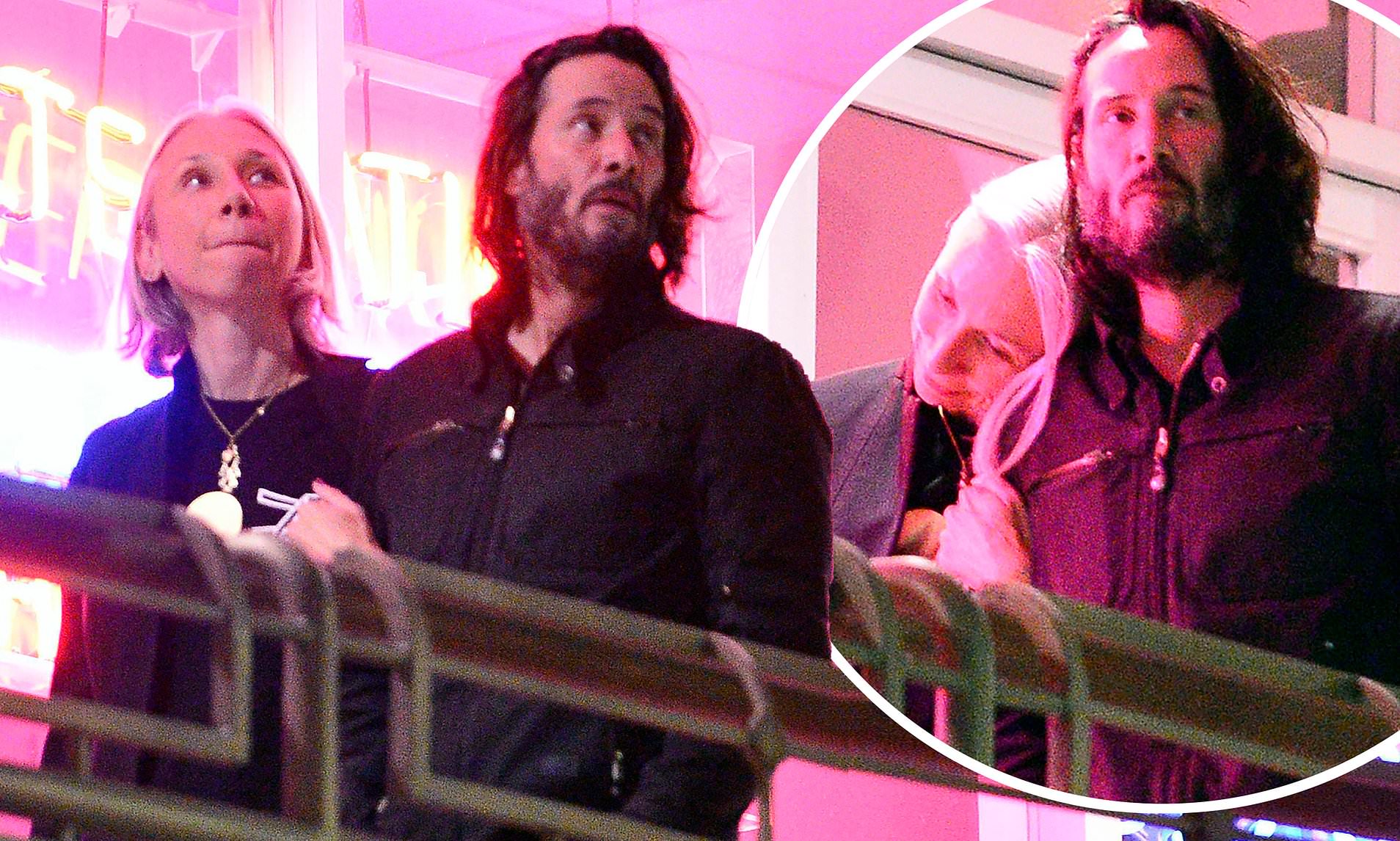 Alexandra Grant is an artist and philanthropist. At the moment, she is based in Los Angeles. She was born in Ohio and she has been working in the arts since graduating from Swarthmore College in 1994 with a BA in history and studio art.

Grant is 46 years old. She is best known for her use of language and exchanges with writers as a source for imagery in her sculpture, painting, drawing, and video works. 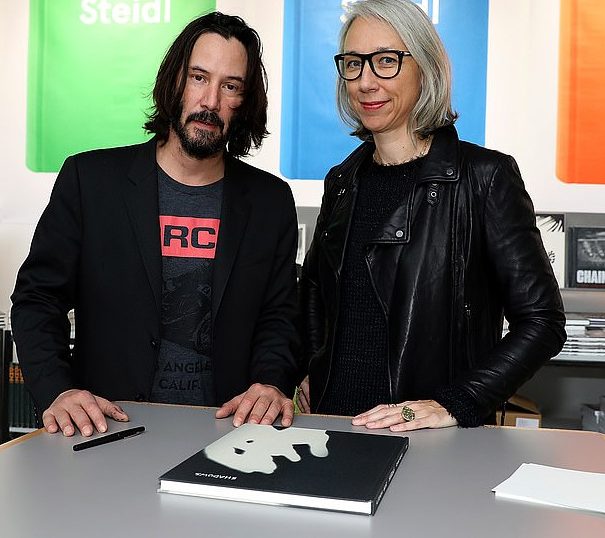 Isn’t the love story of Keanu Reeves and his girlfriend Alexandra Grant the sweetest? Kindly let us know how did you like it in the comments section below. Don’t forget to stay tuned with us for the latest updates from the world of showbiz.