American actress and former model, Katherine Heigl shared her variety-fuelled diet in an interview with Harper’s BAZAAR. The mother-of-three revealed how her everyday diet is fuelled with variety, but one thing remains consistent, no matter the day, she likes to add extra spice to her food. Guess what, she digs for Frosted Mini-Wheats and FatBoy ice cream bars. Read on to know what Katherine eats in a day. 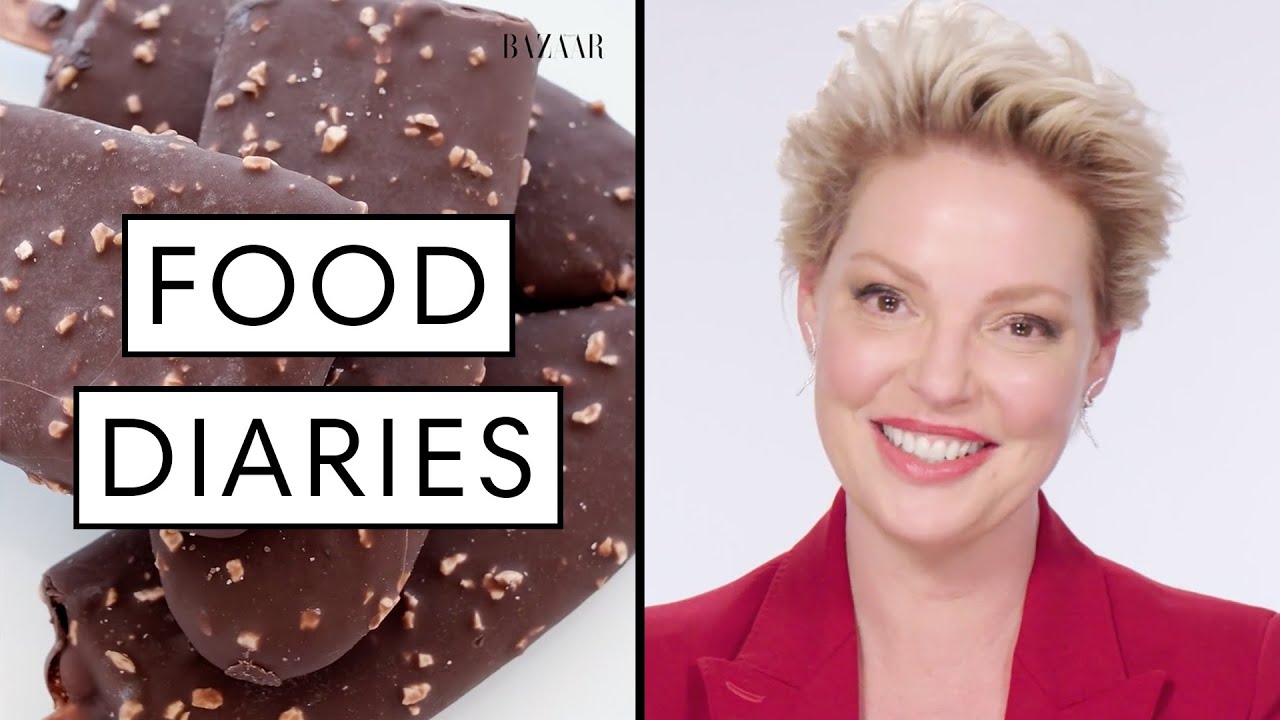 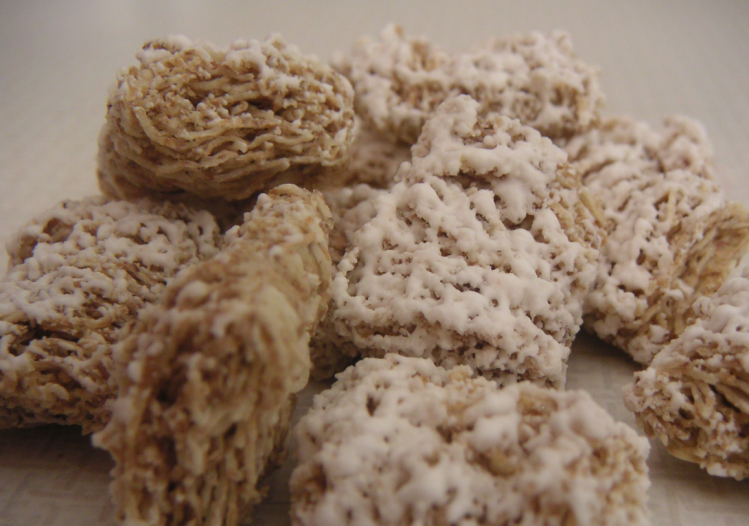 They say variety is the spice of life, and Katherine is ardently following it. In an interview with ‘Harper’s BAZAAR’, the 44-year-old animal advocate shared everything she eats in a day, and how her plate is always full, literally and figuratively. Katherine stated that she gets up every day at 7:30-ish, and has her cup of coffee before brushing her teeth. Well, she clearly doesn’t like that “toothpaste-mouth coffee”.

Surrounded by eight of her dogs, Katherine sits in the keeping room next to the fireplace and sips her favourite coffee early morning. Well, of course, she ensures to do that journal thing and a mantra for the day. While discussing her diet, Katherine revealed that she likes witchy things so she also likes reading tarot cards sometimes.

Katherine said: “Typically I do not eat until 11-ish and I am really enjoying Frosted Mini-Wheats. I love them so much and I can’t stop eating them.” She added that everyone gets mad at her because they think that she must take something that’s well-rounded or healthier and has protein in it.

Katherine revealed that her husband, Josh Kelley is an excellent breakfast maker. For breakfast, Josh is known for his eggs over the medium. From scrambled eggs to eggs with bacon, Katherine’s breakfast is taken care of by her husband.

Katherine revealed that because she takes a late breakfast, she doesn’t eat lunch until 2-ish. She revealed that she lives in the middle of nowhere and can’t order anything so she has to make her own smoothies and favourite pasta salads. “If the kids aren’t home, you’re at home and you don’t want to bother, so I can have another bowl of frosted mini wheat,” she joked.

Katherine revealed that she likes herbs so she drinks her tea, and loves to make her own cup. Even though she hasn’t nailed it yet, but she’s getting there when it comes to making a perfect herbal tea. Katherine revealed that her husband makes her some great sandwiches, which include lettuce, tomatoes, sliced onions, aioli and whatnot. For lunch, she sometimes hops into this great Italian restaurant, Bartolo’s, with her mother. They serve really good homemade pasta and salads.

Katherine revealed that she also loves to have sushi for lunch. Even though there are not many great places for sushi in Utah, but there are some exquisite ones down in Salt Lake. Her favourite dish is uni. 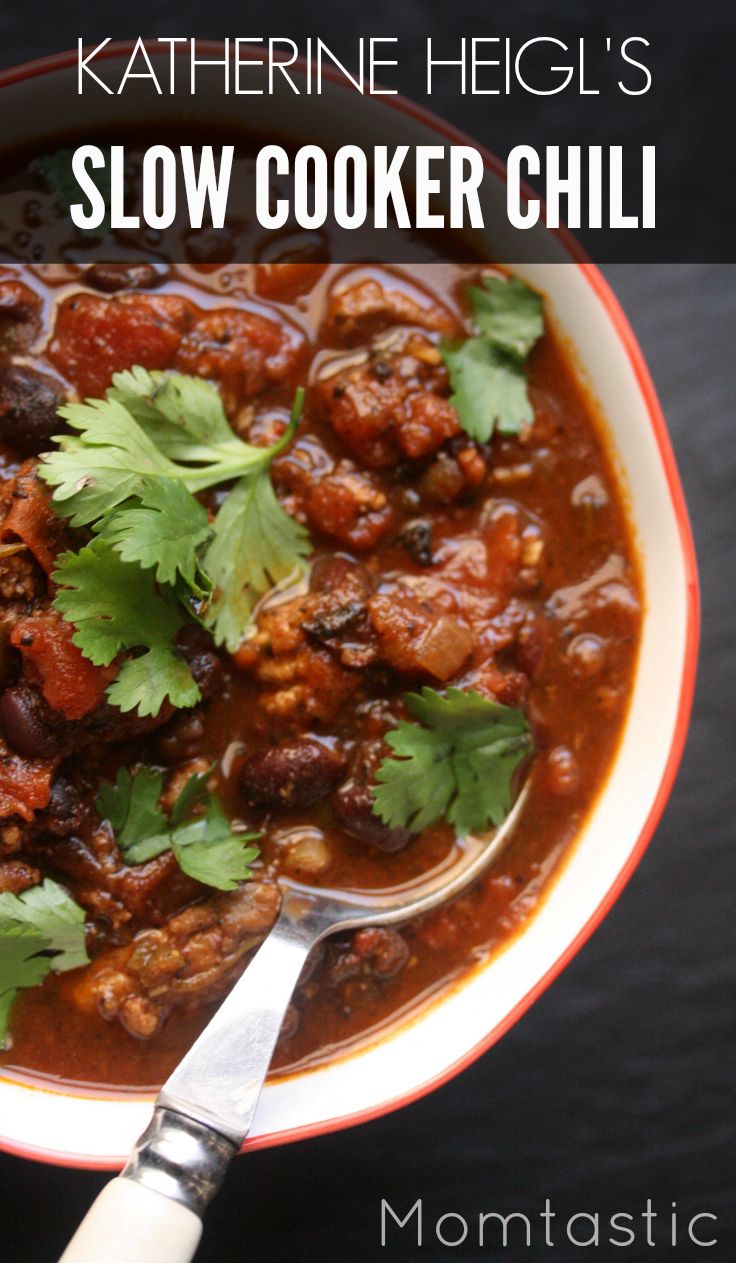 “I go through my phases of being a kind of a health nut and really going for, I did a whole plant-based thing for a while but I haven’t really found a way to really sustain that,” she added. She continued, “Instead, I have moved towards embracing whole foods and well-rounded meals and maybe trying to eat a little less of it.”

Katherine’s dairy issues are confusing because she can’t have milk, but she can have half-and-half or cream. She can’t eat ice cream but she can have cheese. Katherine hates bell pepper and thinks they ruin a meal.

Speaking about dinner, Katherine revealed that that’s typically her terrain. “At this time of the year, we’re doing a lot of crock pot chillies, a lot of stews. We have an air fryer. We do a lot of salmon in the air fryer,” she revealed. She also stated that she is a big fan of pressure cookers and makes an excellent pumpkin turkey chilli for dinner. She got the recipe from “Skinny Taste Cookbook” and it’s her favourite go-to. Her kids and husband love the dish. Well, she adds some extra jalapenos for herself to make it extra spicy.

Katherine’s other favourite dinner dish is Spaghetti Bolognese and the family eats that a lot. Previously, she used to make her own sauce but now she uses Rao’s homemade jarred sauce for the recipe. She got the meatloaf recipe from her mother. It takes 10 minutes to prepare and 50 minutes to bake. Well, Katherine certainly loves to cook.

Katherine revealed that when she is travelling, she loves to explore restaurants and New York has never disappointed her when it comes to food. Apart from this, she also has a thing for Indian food but then Utah doesn’t have many great places for that kind of food. From chicken tikki masala to butter chicken, she loves those Indian spices.

Well, the entrepreneur’s daily food habits seem rather spicy, and she believes that her meals must fill both her tastebuds and her stomach. From breakfast bacon to mixing cocktails, Katherine is sure to fuel her days with plenty of variety. But one thing that stays consistent is, no matter the day, extra spice is a must!