The Pirates of the Caribbean star Johnny Depp has been linked to many A-listers from Hollywood and one such name is the British supermodel Kate Moss. So what are you waiting for? Keep scrolling to learn more about the whirlwind romance between these two. 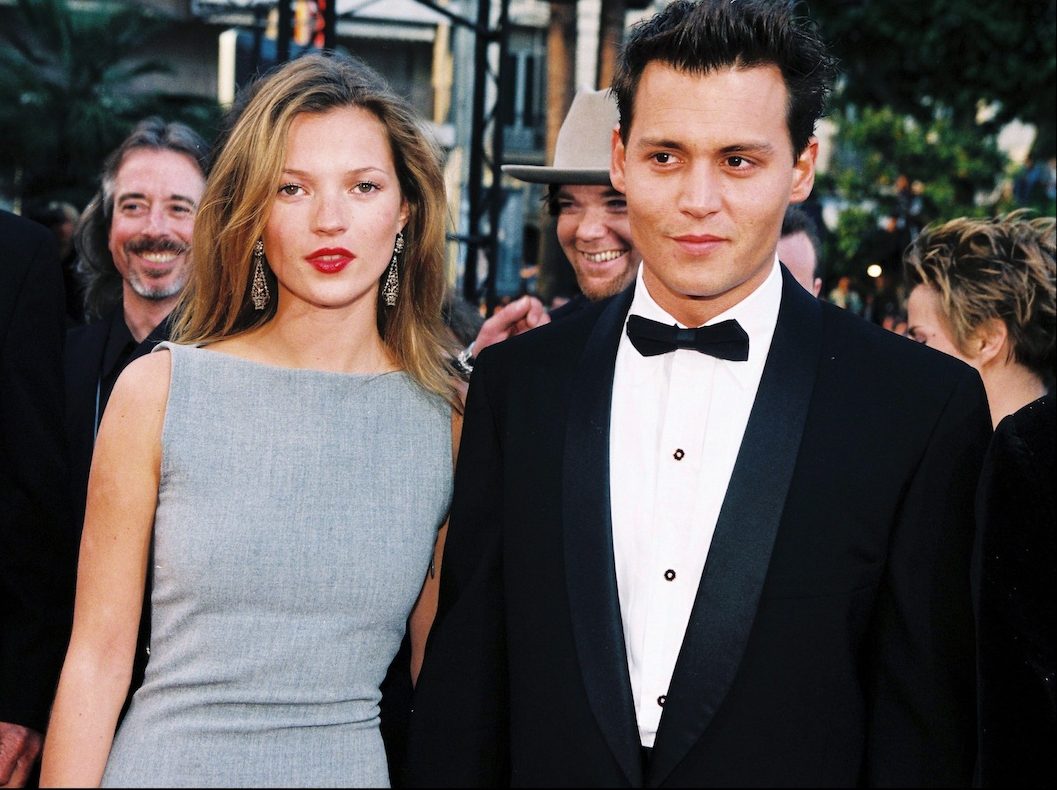 For the last two weeks, Johnny has been fighting a bitter legal battle in London’s high court against his ex-wife Amber Heard. We just wish that truth prevails in their case and everyone gets to know who’s telling the truth and who’s lying.

When did Kate meet Johnny Depp?

The couple met for the first time in the year 1994 at the trendy East Village hideaway of New York’s hip Caf Tabac. At the time, he was 31 years old while Moss was 20 years old. In a media interaction, the model said, “I knew from the first moment we talked that we were going to be together.”

The duo was introduced by a columnist named George Wayne. A post was shared on the social media platform Instagram in which he said, “It was The GW who introduced Kate Moss to Johnny Depp….” 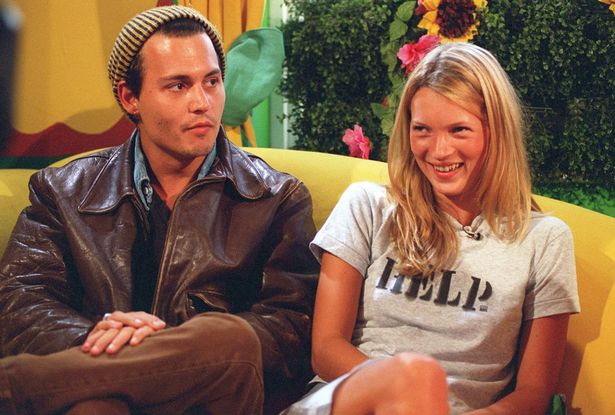 He further added, “One fateful night mid 90’s at Cafe Tabsc which was the supermodel hangout back in the day! Johnny was in the back having dinner and Kate walked in with Naomi and The GW grabbed her and made the introduction! I had no idea that they would then become the IT couple for seasons to come ….destroying hotel rooms across the globe during their still unforgettable union!”

Johnny and Kate were caught by the paps at various locations as both of them were working, during that time Kate didn’t have a permanent house whereas Johnny had just invested his money in the Viper Room in L.A., frequented Hollywood hot spots the Chateau Marmont and the Hollywood Roosevelt. 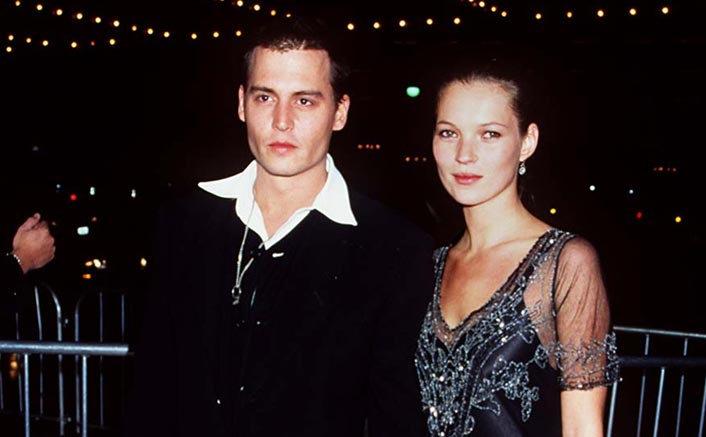 Public display of affection was a pretty common thing for Depp and Kate. The lovebirds were never shy about showing off some PDA in the public. That same year a close pal of Depp told People, “They can’t keep their hands, lips, mouths, legs off of each other.”

Kate and Depp were together for four years

The fairytale romance of Moss and Johnny went on for a total of four years. It might seem like their love was short-lived but it was one for the books. They parted ways in the year 1997 and it was very difficult for both of them to move on forward in life. 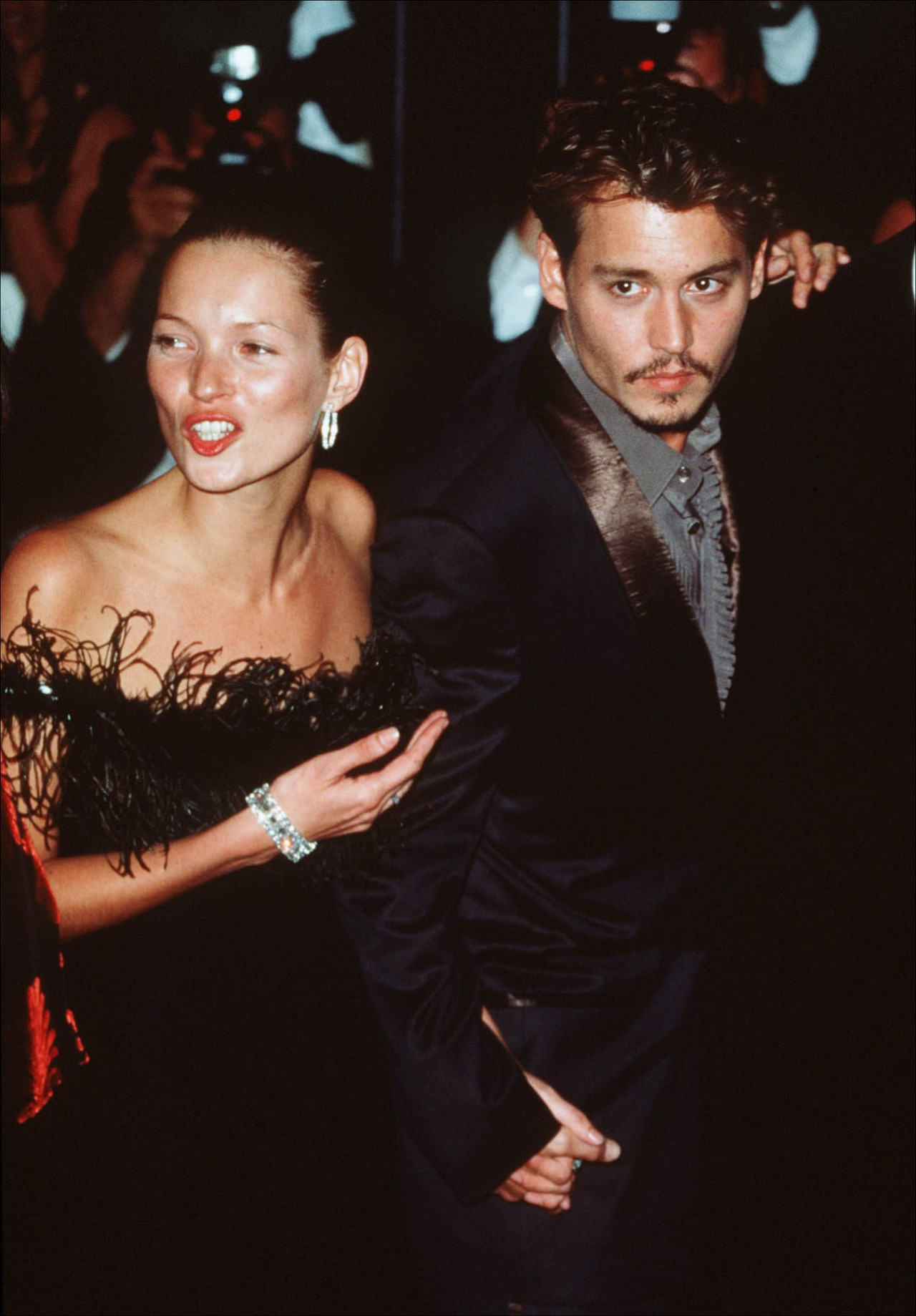 Their edgy and passionate romance was all over the news at the time when they were dating. They were considered one of the most glamorous-grunge couples of the 1990s.

Johnny and Moss had their fair share of arguments

Things took a turn for these two when Depp was arrested for trashing a hotel room with Moss inside. As per the reports, the pair was photographed by the media while they were shouting at one another in public. Charlie and the Chocolate Factory star was arrested by the police authorities at 5:30 a.m. on September 13, 1994, for criminal mischief at New York’s Mark Hotel for allegedly trashing his hotel room. The police discovered that the actor was “in a state of possible toxication” and Moss was unhurt.

A criminal court dismissed the charges that were placed against Johnny just on the condition that he would just stay out of trouble for six months. It was reported that the Hollywood star paid Mark a total of $9,767.12 including more than $2,000 for damages, plus the bill for the remainder of his reservation. 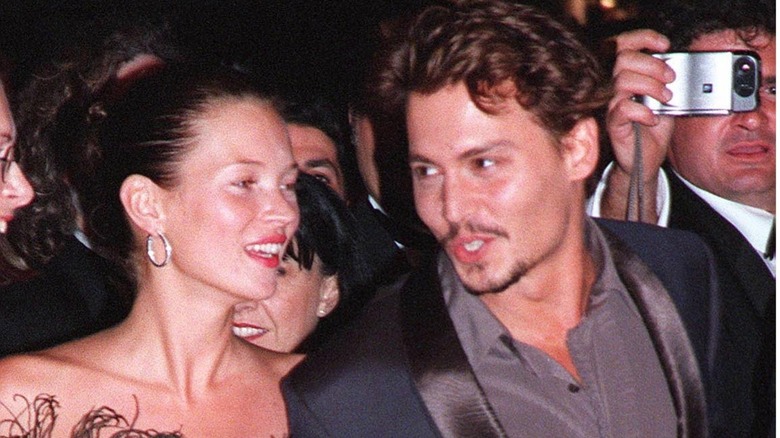 When the whole hotel incident took place, Johnny’s director friend John Walters told People, “I think Johnny obviously has a temper. But this is a very minor incident. The room service must have been bad.”

Johnny blamed himself for his breakup with Kate Moss

In the year 1998, during an interview with Hello! Magazine, the 58-year-old spilled the beans on his split with the model and stated that his breakup with Moss was all because of him as he didn’t pay attention to her which she deserved.

Depp said, “I have never got that emotional over a woman before. I have been so stupid because we had so much going for our relationship. I’m the one who has to take responsibility for what happened—I was difficult to get on with, I let my work get in the way, and I didn’t give her the attention I should have.” 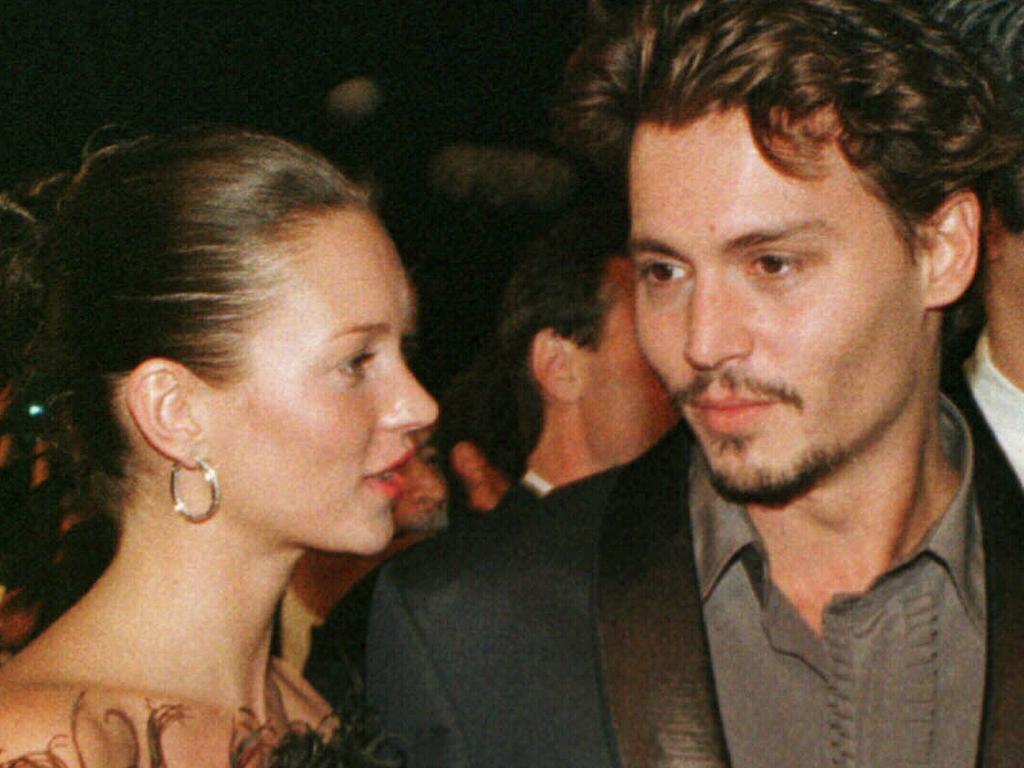 Johnny further added, “The whole thing was crazy because I should never have got so worked up over what people had to say about my work. Sure I should care about my movies, but when I get home I should try to leave that stuff behind. I couldn’t do that and I was horrific to live with. Trust me, I’m a total moron at times.”

In an interaction with Variety, the Inferno actress disclosed that she spent years and years crying for Johnny. She claimed that she never met someone as caring as him.

Kate said, “There’s nobody that’s ever really been able to take care of me. Johnny did for a bit. I believed what he said. Like if I said, ‘What do I do?’ he’d tell me. And that’s what I missed when I left. I really lost that gauge of somebody I could trust. Nightmare. Years and years of crying. Oh, the tears!” Later on, Kate went on to marry Jamie Hince, on the other hand, Depp moved on with French singer Vanessa Paradis. The couple shares two kids Lily-Rose Depp and Jack Depp.

Do you think Kate and Johnny were each other’s ideal match? Do let us know what you think in the comments section below. To date, their love story stays in our minds and hearts rent-free. Don’t forget to stay tuned with us for the latest updates.