Kate Hudson’s Dating History: Meet the Men She Dated Over the Years

It seems like Kate Hudson has a thing for musicians! The Hollywood actress might be the leading lady on the silver screen but the men who were able to steal her heart, in reality, were mainly from the music industry.

Throughout her career, the How to Lose a Guy in 10 Days actress has been linked to a few men including musician Chris Robinson, actor Owen Wilson, Dax Shepard, Lance Armstrong, and Alex Rodriguez amongst many others. 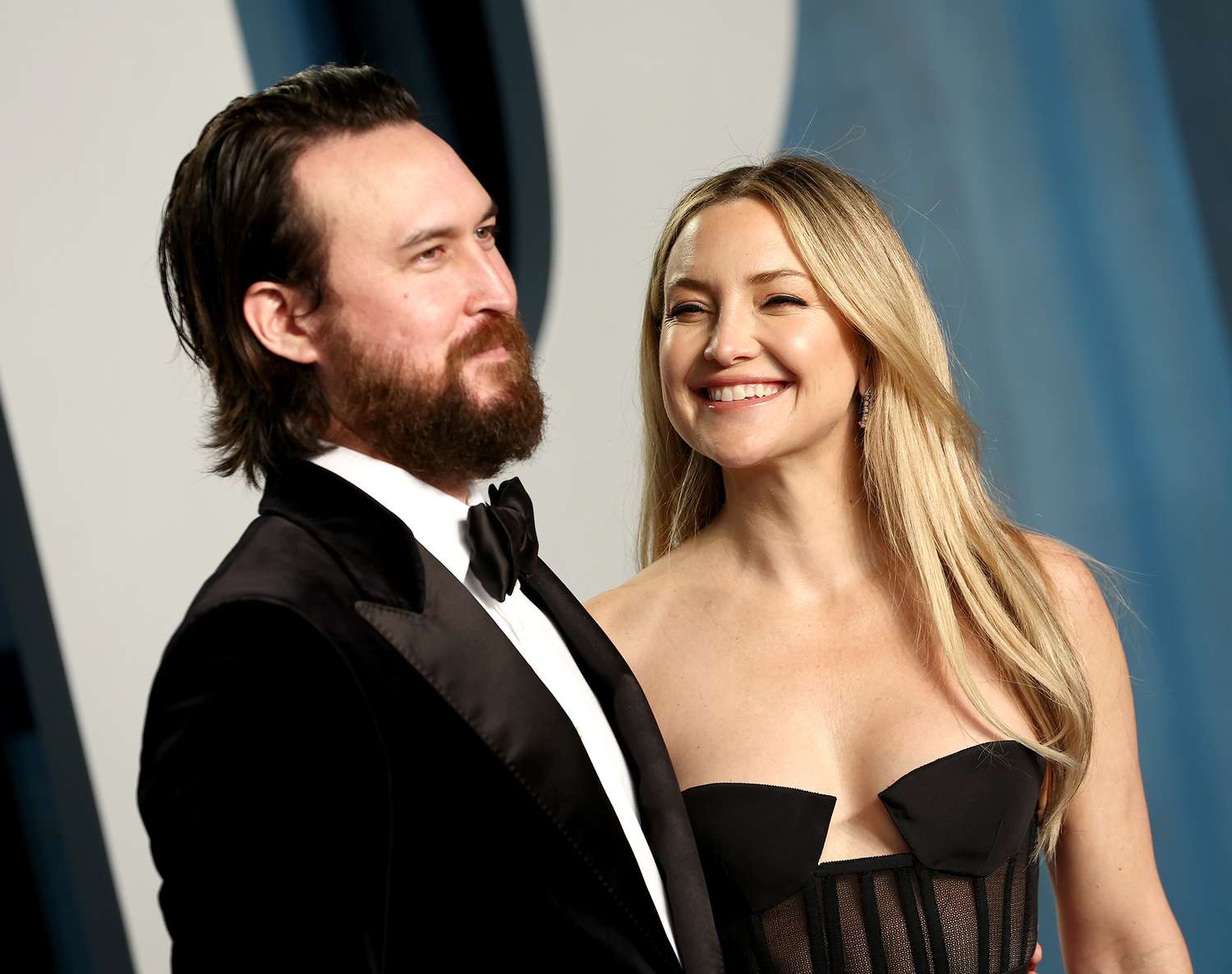 It was love at first sight for Glass Onion: A Knives Out Mystery actress and Chris Robinson, the lead singer of The Black Crowes. As per People magazine, the two of them crossed paths for the first time in New York City in May 2000.

The pair moved in together a couple of weeks later. Chris and Kate tied the knot in the year 2000 after less than a year of dating. They exchanged their vows on December 31, 2000, at the Old Snowmass, Colorado, home of Hudson’s mother, Goldie Hawn. Robinson and Hudson welcomed their first child together, son Ryder Russell Robinson in January 2004. They parted ways in 2006 after 6 years of marriage. Their divorce got finalized in October 2007.

After her split from Robinson, the Pretty Happy: Healthy Ways to Love Your Body author moved on in her life with the Marley & Me actor Owen Wilson. The two of them met each other for the first time on the set of You, Me, and Dupree.

Kate and Wilson didn’t start dating until months later, in September 2006. At that point, a close source told Us Weekly, “This is not just a fling. Kate is crazy about him. Owen gives her so much attention, and she loves it.” The pair called it quits in the year 2007. However, Kate and Wilson reconciled their romance in 2008. They broke up for the second time in May 2008. They briefly got back together in February 2009 before finally parting ways two months later.

Kate and the Bless This Mess actor dated in June 2007 after her initial split from Owen Wilson. The two of them were in a relationship for merely 3 months before calling it quits.

The former couple talked about their romance for the first time in November 2019 when Hudson made an appearance on Dax’s Armchair Expert podcast. Shepard said, “I felt very ‘less than’ around you quite often.” Dax continued, “I think I was just in the point where I was not gonna get hired for movies anymore — I had a bunch that didn’t work — and I’m like, ‘I don’t f—king know what’s next’ and you were at that time making the most you ever made and having the most opportunity. … I’m following this person around as they do things I wish I were doing. It was a rough period anyways and then I felt all kinds of inadequacy in that position.”

On the other hand, Kate said that their relationship “was a lot fast.” She went on to say, “Honestly, I wasn’t giving Dax what he needed and I was making choices that were not relationship-focused. I was not ready for what Dax — It was so much fun, it got hot fast … and I wasn’t prepared.”

Kate and the athlete Lance Armstrong dated for a couple of months in the year 2008 after her second split from Wilson. They were first spotted out and about in public together in May 2008 while on a weekend trip to Austin, Texas.

After a few weeks, the two of them attended the annual Dolce & Gabbana party in Cannes, France. At that point, they were seen getting cozy and dancing to old ’80s songs. Then, a source told People magazine, “They were beaming at each other. So cute.” Kate and the cyclist were meant to be but not meant to last as they broke up in July 2008 after three months of dating.

The My Best Friend’s Girl actress and baseball player Alex Rodriguez were first romantically linked in May 2009. At that point, Kate was often spotted at Yankees games and she was also with Alex to celebrate the team winning the World Series in November 2009.

Kate and Alex dated for almost a year. Then, a close source told People magazine, “It’s somewhat serious. He introduced her to a bunch of his friends.” As per a report by People magazine, The Killer Inside Me star and Rodriguez split in December 2009 after a year of dating. The businessman stayed friends with Kate’s brother Oliver and even appeared on an episode of his podcast, Daddy Issues, in 2020.

Kate began dating the Muse rocker in the spring of 2010. They met each other at the Coachella Music Festival in April 2010. They were expecting their first child together in January 2011. They announced their engagement in April 2011, and they welcomed their son Bingham in July 2011.

In the May 2013 issue of Elle magazine, Hudson said “It was all very old-fashioned and proper, and we went on lovely dates.” Hudson went on to say, “And two months later I was pregnant … Well, yes [I was shocked], but I also thought, ‘This is going to be interesting.’ ” She continued, “I knew it would take a strong man to deal with it. You know that with a relationship things can go either way when you have a child. When you get pregnant everything changes: you, your body. Everything becomes a big decision. But he was there and that was that.”

Matthew and Kate hit a rough patch in their relationship in February 2014. A month later they were snapped looking happy during an outing in Los Angeles. They called off their engagement in December of the same year.

In an October 2015 interview with Allure magazine, Hudson said, “We chose to move on because we had different visions of how we wanted to live our lives. That doesn’t mean, though, that we can’t rebuild something that would be the best thing for the kids.”

Kate and the What a Man Gotta Do singer were first linked to each other in September 2015 after being spotted together at Disney World. The pair never confirmed their romance despite being clicked by the paps in the following months.

During a January 2016 interview with Complex magazine, Nick spilled the beans on his romance with Kate and said, “Kate’s incredible. We had an unbelievable connection as two humans who just admire things about each other, and see something in each other that’s beautiful.” The Remember I Told You singer went on to say, “Out of my best effort to respect her and her privacy, I’m not going to say if we had sex or not. But we did have a beautiful connection. Even now I have so much admiration and respect. She’s amazing.”

According to Us Weekly, Kate and Danny began dating in December 2015 after 15 years of friendship. The Late Bloomers star and Hudson met each other for the first time via her best friends.

Kate talked about the pair’s relationship on the social media platform Instagram on the occasion of their first anniversary. She started by writing, “A year ago today Danny took me on a hike, and what I thought was just a hike with a family friend turned very quickly into an unexpected first date.” The Bride Wars star further added, “No moves were made on this first date. In fact, it took months for him to make a first move … So on our 15th year of knowing each other we were able to open our hearts to each other to feel so much pure love and it’s been truly incredible!”

Hudson and Danny made their red carpet debut as a couple at the premiere of Snatched in May 2017, and they have been together ever since then. Then, the two of them went to Cambodia to celebrate Kate’s 38th birthday. Later on, they vacationed with her family.

In April 2018, Kate announced that she was expecting a daughter with Danny Fujikawa via a sex-reveal video on the social media platform Instagram. At that time, a source told People magazine, “They are very happy. They have been trying to get pregnant.” Danny and Kate welcomed their first child together, daughter Rani Rose Hudson Fujikawa on October 2, 2018. Then, in a 2020 interview with People magazine, she talked about her relationship with Fujikawa and said, “He makes me feel beautiful every single moment of the day, even when we have fought.”

Hudson further added, “I still feel loved. His devotion to the family unit makes me feel safe and confident and secure.” The pair got engaged in September 2021 after 5 years of dating. Kate announced the piece of good news via a post on Instagram.

Do you think Kate Hudson has found her soulmate in Danny Fujikawa? Kindly let us know your thoughts in the comments section below. Don’t forget to stay tuned with us for the latest updates from the world of showbiz.