Kate Hudson, who received international recognition with her role as Penny Lane in “Almost Famous”, is a musician too! During her appearance on The Tonight Show, Kate stunned her fans after she announced that she’d been working on an album for the better part of a year. Well, Hudson is set to release her debut album next year. Read on to learn all about it. 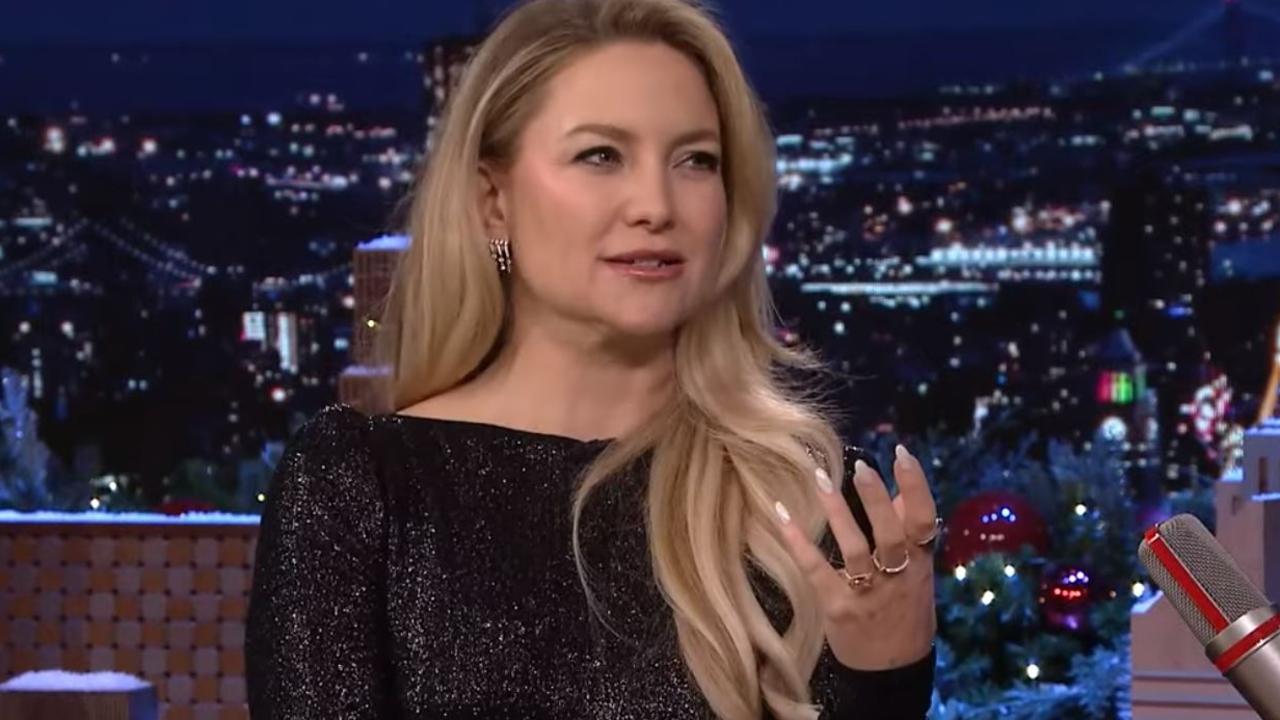 During her appearance on The Tonight Show Starring Jimmy Fallon, Kate Hudson stunned fans with her announcement. The Fabletics co-founder, 43, revealed that she’s releasing an album next year, telling Jimmy that she’s been writing songs since she was just 19 years old.

The “Glee” star said: “I love to sing. I just feel weird saying it … No, I’ve been making a record for like a year.” The 43-year-old businesswoman revealed that she had an epiphany during the pandemic, realising that she’d live with regret if she kept this talent hidden under the rock.

Kate stated, “I had this thing in Covid. Every time you’re doing interviews, people are like, ‘Do you have any regrets?’ I’m like, ‘Oh, I’m in the early 40s. Not yet.’ But during Covid, I was like, ‘What am I doing? I’ve been writing music since I was 19. And I’ve never shared it.’ I just thought that would be one of my great regrets.”

In an excited tone, the mother-of-three concluded, “I have no expectations. I just want to put a record out, and so I’m doing it.” Well, it seems like her fiance Danny Fujikawa has played an important role in making her realise her talents. Danny is a musician, actor and co-owner of a record company. However, it isn’t clear if she is collaborating with her soon-to-be husband on this project or not.

While Kate’s announcement regarding a new album may come as a surprise to many of her fans, let’s not forget music runs in her veins. Her father, Bill Hudson performed with his band The Hudson Brothers”.

The Portland, Oregon-based band consisted of brothers Bill Hudson, Brett Hudson and Mark Hudson. The band famously came to be known as “teen idols” in the 70s, and released several hits like  “So You Are a Star”, “Rendezvous”, “Help Wanted” and “Lonely School Year”. Not only this, but kate’s mother, Goldie Hawn (77) also tried her luck in music. In 1972, she released a country covers album “Goldie”, featuring renditions from greatest names like Bob Dylan, Bill Monroe and Dolly Parton.

As for Kate Hudson, she may not have been entirely secretive about her vocal skills. Previously, she flexed her musical muscle on five episodes of the famous series, “Glee” and Sia’s soundtrack from “Music”. Not to mention, her soulful performance of Carly Simon’s You’re So Vain in the 2003 film How To Lose A Guy In 10 Days? We wish her good luck with her new album!