Kanye West has made his way back to the BET Awards! Recently, the Niggas in Paris singer made a surprise appearance at the BET Awards 2022 to honor his close pal Sean “Diddy” Combs. Read on to learn what did Kanye say about Diddy. Kanye honors Diddy in a surprise appearance at the BET Awards

Kanye West, popularly known as Ye made a surprise appearance at the BET Awards 2022 to honor his friend Diddy. He did not hit the red carpet of the Culture’s Biggest Night but he came on the stage to pay a heartfelt tribute to Diddy who was honored with the Lifetime Achievement Award at this year’s ceremony.

The Donda rapper stunned the audience when he appeared on the stage at the BET Awards. His face was completely covered. For his latest outing at the award show, he was seen wearing a full-coverage face mask, sunglasses, and a baseball cap along with a grey leather jacket. In his speech, West talked about his friendship with the Bad Boys Record creator over the years and he joked around about his marriage to his ex-wife Kim Kardashian and said, “I go to him for advice to this day. He inspires so many of my choices, so many of my life choices. My wife choices.  Thanks for that, Puff.”

Kanye spilled the beans on his little hiatus and continued, “I said, ‘I just want to declare myself legally dead for a year. I just want to be off the grid.’ Puff is pretty persistent, but I had to think, bro, it’s like, people get amnesia.”

Kanye had nothing but sweet things to say about Diddy

The fashion designer went on to appreciate Sean and said, “This man has been through [and] survived a lot of stuff and broke down a lot of doors so we can be standing … he broke down so many doors of classism, taste, swag. Puff, if I never told you I love you, you’re my brother.” 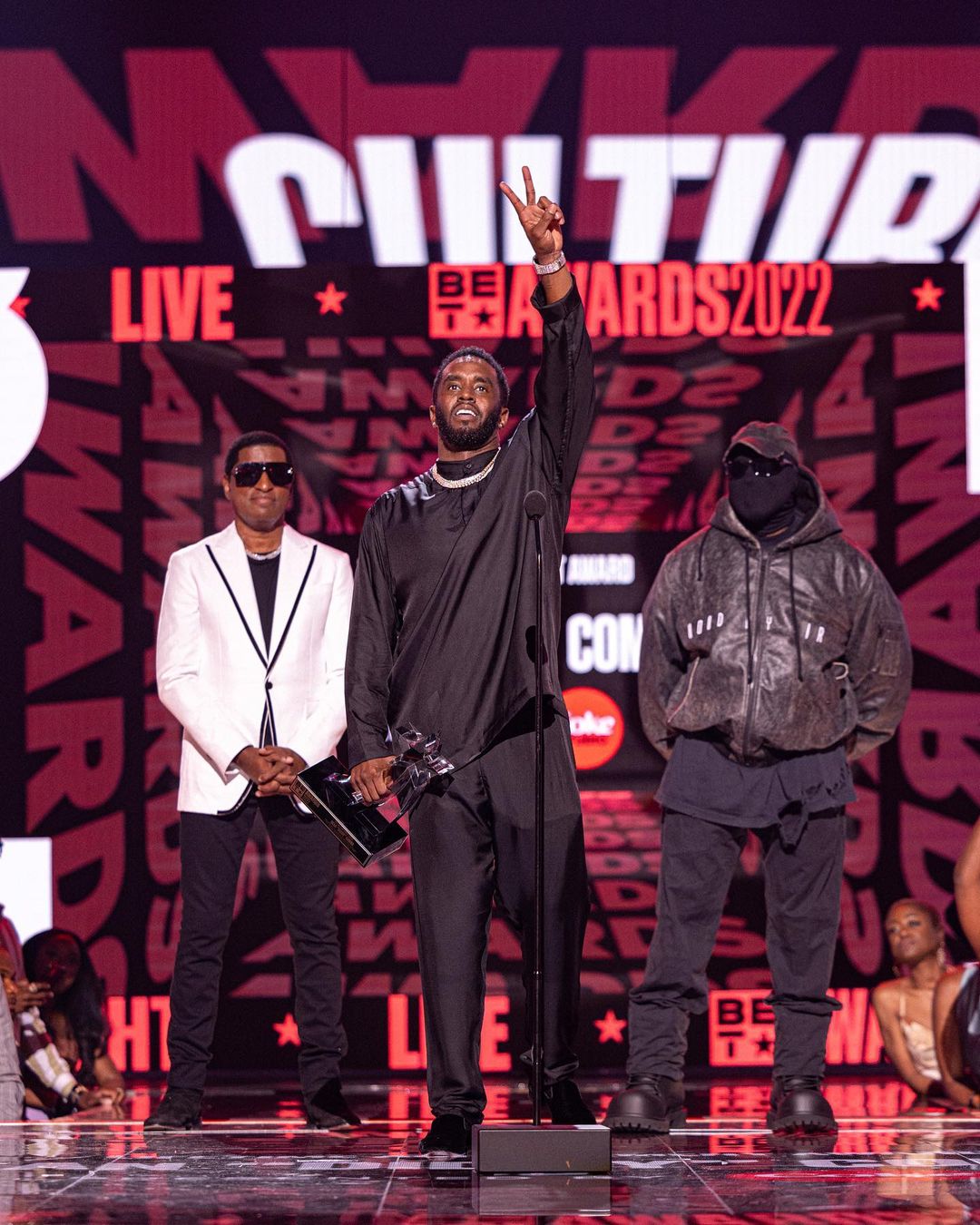 In his beautiful tribute, Ye referred to Diddy by various names that the singer has been known by throughout the course of his career and he further added, “You might know him as Diddy, Puff Daddy, Sean Combs. But when it’s hitting a certain point, I thought at the end of it, all is love — all of it. All we have is love. In Jesus’ name, bring out Love.”

Shawn Corey Carter aka Jay-Z also delivered a video speech for Diddy at the BET Awards. Soon afterward, a performance was delivered that chronicled Sean’s entire career and it consisted of cameos by Mary J. Blige, Jodeci, Nas, Lil’ Kim, Busta Rhymes, the Lox, Bryson Tiller, and many more.

We send our hearty congrats to Sean Diddy Combs as he has won the Lifetime Achievement Award at the BET Awards 2022. Were you surprised to see Kanye West at the BET Awards? Kindly let us know your thoughts in the comments section below. Don’t forget to stay tuned with us for the latest updates from the world of showbiz.