Kanye West, now Ye, seems to be coming out of his shell. Earlier this month, Ye promised Kim that he would not be making any public appearances and would stop harassing her and Pete. It appears that Ye would be running once again for President! Now, the 44-year-old rapper made an exception for Nayvadius DeMun Wilburn, who goes by the stage name Future, and joined him for “Keep It Burnin” for his new album “I Never Liked You”. Not just this, he referred to his ex, Kim Kardashian. Read on to know more.

My Spouse Better Be with Me…

Kanye joined the American rapper Future for his new track “Keep It Burnin” and the lyrics seem to be pouring all the love for his ex-wife Kim. The “Donda” star rapped during this song, “When I run for ‘24, I know my spouse better be with me.”

If you aren’t aware, Kanye previously announced his 2020 United States presidential election campaign on July 4, 2020. However, Ye lost the general elections in November 2020. Now, he may be running for the said candidature during the 2024 Presidential elections, at least that is what the song conveys. The track “Keep It Burnin” seems to make an indirect reference to Kim Kardashian, whom he wishes to be standing by his side during the said campaign. It isn’t the first time that Kanye has expressed his love for the Keeping Up with The Kardashians” star. 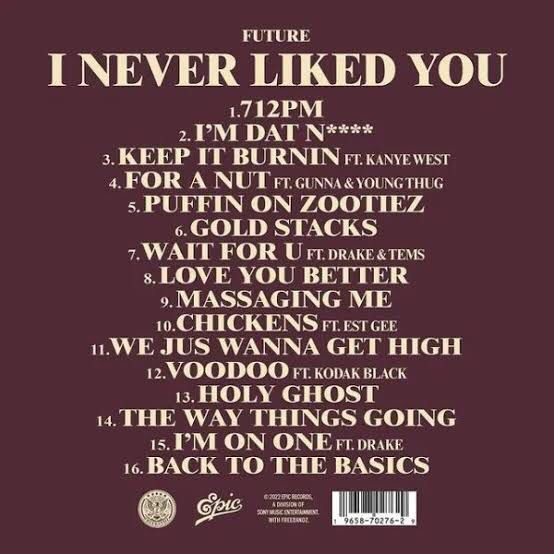 In Verse One, Kanye can be heard rapping, When you run for ’24, I bet your spouse gon’ be with you. Who put this together? Me, that’s who. In Verse 3, he raps Comin’ for the house, real change in a minute, When I run for ‘24, I know my spouse better be with me.

Kanye may have not taken Kim’s name, but we are more than sure that this is dedicated to his ex-wife. The College Dropout artist still loves Kim Kardashian and hopes for her to come back to him. Well, Kim has already moved on. The SKIMS founder recently broke down in tears when Kanye handed over to Kim a suitcase that contained the hard drive with additional footage from her sex tape. Not just this, he also begged her to come back to him during his December charity concert with Drake.

Kanye has been struggling with mental health, especially after his divorce from Kim Kardashian. Previously, sources revealed that the Kardashians have stated that “For the sake of the kids, Kanye has told Kim he’s not making any public appearances or inflammatory social media statements, and he will go away somewhere to get better.

It appears that Ye is coming back to life. Running for the presidential election will help him keep busy if not anything.  In 2020, West launched an unsuccessful independent presidential campaign that primarily advocated for a consistent life ethic.

Ye’s new collaboration with Feature brings in new hope that Kanye would continue to make music and focus on good things in life. However, we don’t know if Kim Kardashian would come back to him or not, but one thing is sure, Ye is never going to stop pursuing her. What do you think about this?