It has been years since Rihanna impressed us with her last live performance, and ever since, fans have been eagerly waiting for the pop star to return to the stage. Well, fans’ prayers have finally been answered since recently it was confirmed that RiRi will be headlining the Super Bowl Halftime show in the next season.

Now to add even more to the excitement, speculations are rife that the 34 year old singer might be accompanied by Kanye West during her performance. Ye himself has given rise to the rumors after posting a cryptic post on social media. 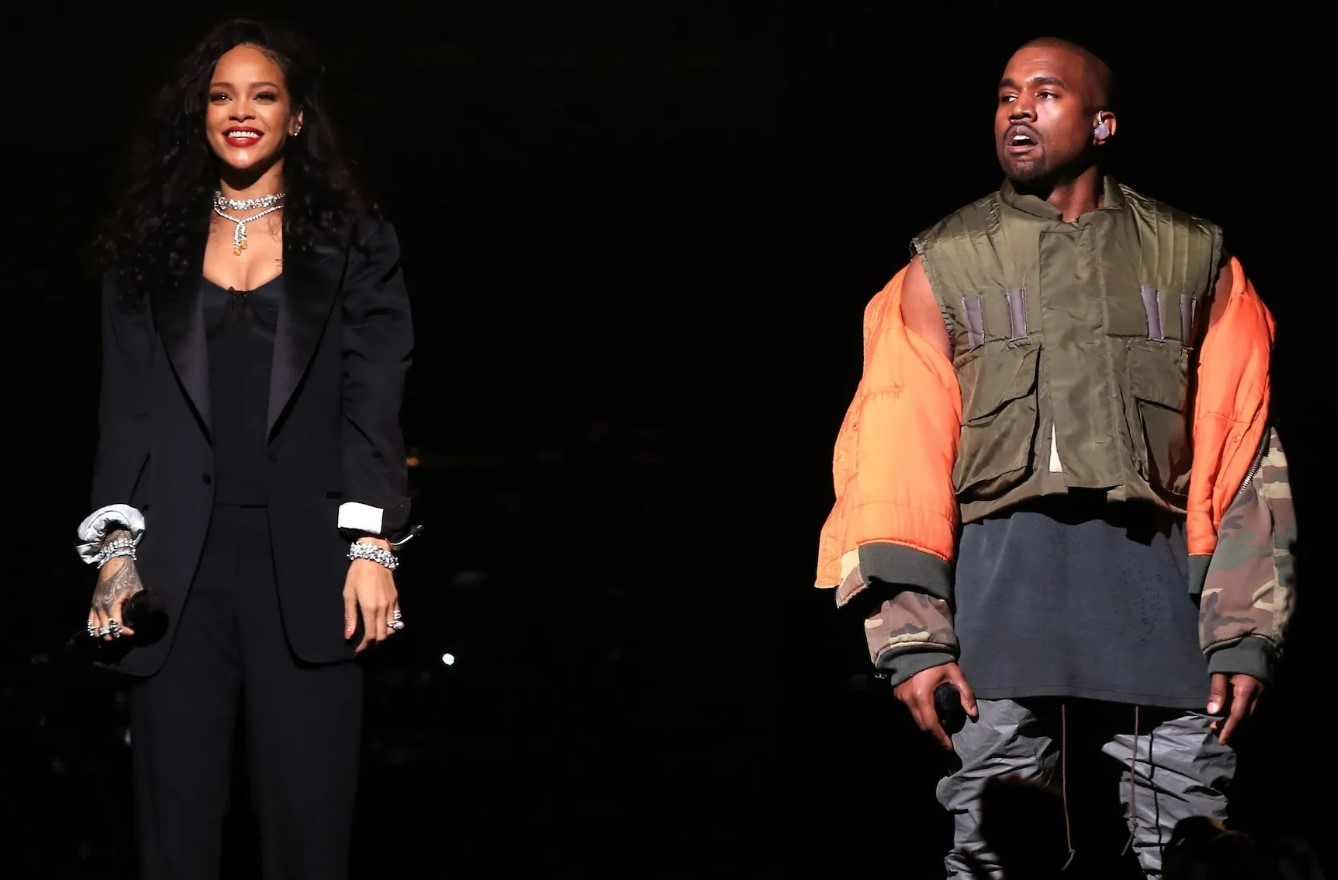 On Friday, Ye shared an Instagram story signalling that the rapper wil be appearing as a guest during Rihanna’s Super Bowl halftime set. The 45 year old rapper shared a screenshot of an article by DailyMail on his story, which read, “Rihanna ‘mulling over list of 50 possible guest artists’ for her Super Bowl LVII halftime show.”

The screenshot included Ye’s, as well as Paul McCartney and Bono’s names. Ye did not post any caption with the screenshot, nor did he reveal any further details about the development, but the post indeed suggests that he is not opposed to the idea of performing with Rihanna at the event. 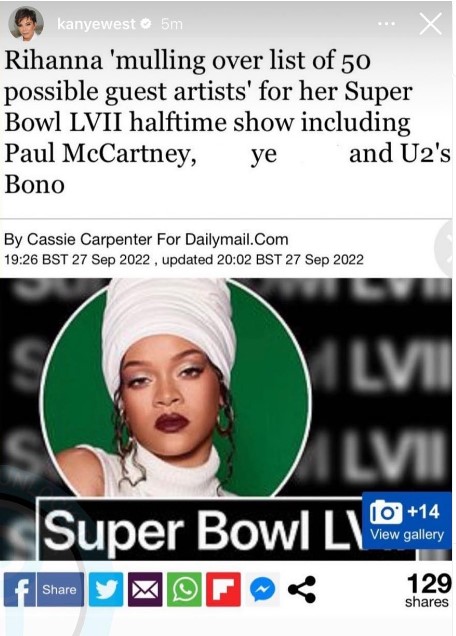 RiRi and ye have collaborated a number of times in the past, including for  Ri’s song “FourFiveSeconds,” also featuring Paul McCartney, Ye’s “All Of The Lights” and JAY-Z‘s “Run This Town.” Ye had also served as a producer for Rihanna’s track, “Bitch Better Have My Money” in 2015.

While social media is busy speculating over who will join Rihanna for her performance, the singer herself has not yet commented on the matter. She announced her association with the sporting event by simply posting a picture of her hand holding the NFL football.

Apple Music then confirmed the development with a Tweet that read, “IT’S ON. @rihanna will take the stage for the first-ever Apple Music Super Bowl Halftime Show on 2.12.23” 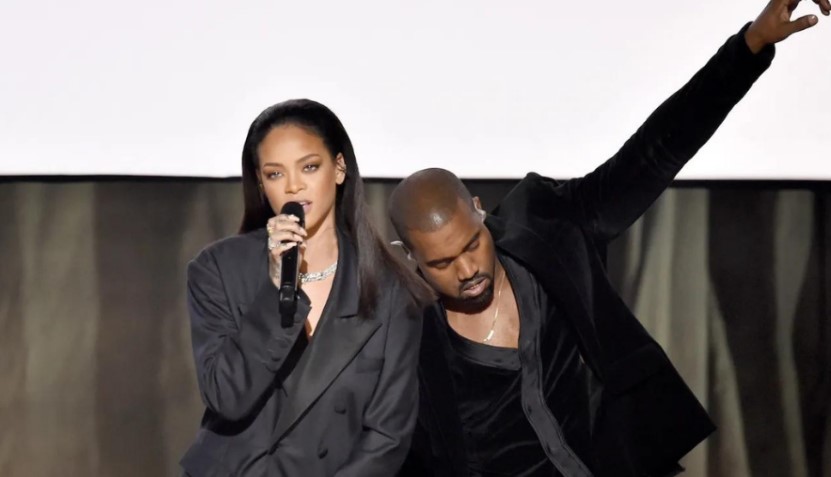 While some 50 names are floating around to join her performance as a guest, some reports have suggested that the Dancing in the Star singer might go solo without any guest performer. Apart from Ye and Paul McCartney, Calvin Harris, Pharrell, Jay-Z and Drake’s names have also surfaced as guest performers.

This year’s NFL halftime featured Dr. Dre headlining, with Eminem, Kendrick Lamar, Snoop Dogg, 50 Cent, and Mary J. Blige. The set was dubbed as the best NFL show by fans, so it will be interesting to see whether Rihanna’s performance will match upto Dr. Dre’s halftime show.

RiRi Could Also Drop New Music at the Event 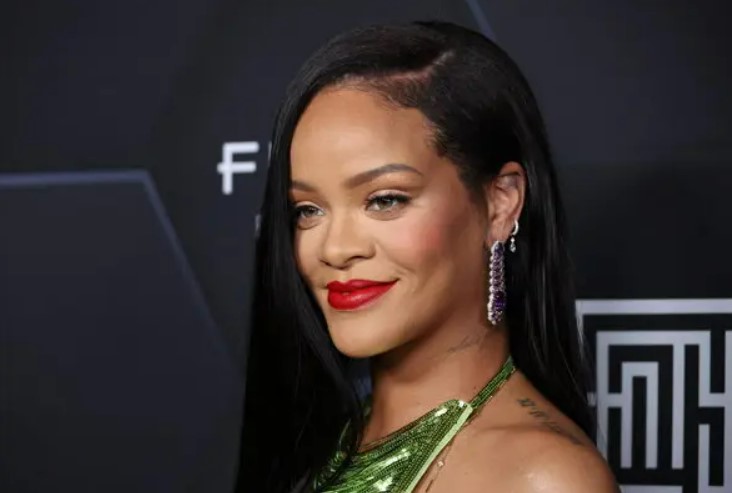 Some reports also suggest that Rihanna might be launching new tracks to coincide with her halftime performance, just like Beyonce announced her track Formation during the 2016 Super Bowl.

Rihanna and A$AP Rocky have also been spotted going in and out of the recording studio for the past few days, hinting that a collaboration between the husband and wife could be on the cards. The singer’s previous album, Anti, was released way back in 2016.

Do you wish to watch Rihanna and Kanye rock the stage together during NFL 2023? Tell us in the comments section.