Kanye West and Chaney Jones Breakup After 4 Months of Dating

The Flashing Lights singer Kanye West and his model girlfriend Chaney Jones have called it quits after dating for nearly 4 months. Continue reading to learn more about the separation of the couple. Kanye and Chaney have parted ways

As per the reports of TMZ, the 44-year-old rapper and his girlfriend Chaney decided to go their separate ways after their recent trip to Japan. It is not still clear whether Ye pulled the plug or it was Jones who ended the relationship.

Jones has removed all the pictures of herself with the Donda 2 rapper from her Instagram profile just leaving two posts on her feed. At the moment, she has nearly 624k followers on the social media platform Instagram. 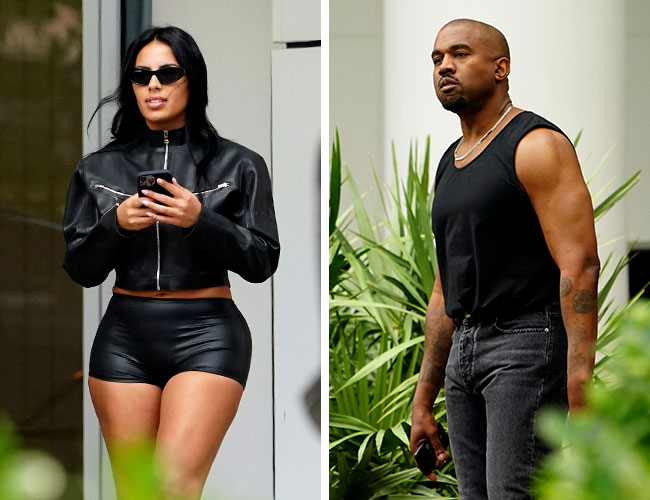 Just over the weekend, the American designer was spotted out and about in public with another woman named Monica Corgan. The two of them were seen on a movie date.

When did Kanye and Chaney spark dating rumors?

Ye and Jones were romantically linked for the first time in February this year when they were snapped shopping together in Miami’s Bal Harbour. West seemed to confirm his romance with the model on the social networking service in March. He dropped a few comments on her posts, usually, he would just comment with a black heart emoji on her posts.

The two of them were also photographed sitting courtside together at a Los Angeles Lakers game in March, and she even congratulated him on his latest Grammy wins in April. At that time, Chaney wrote, “THE BIGGEST 🐐🖤 SO PROUD,” after Kanye won the best melodic rap performance and best rap song. In May, West and Chaney went on a vacation to Tokyo. She even shared a few pictures from the duo’s trip on her Instagram Story. The couple was seen roaming the streets of Shibuya near the famous Harajuku street. Some fans of the pair also posted photos of them on social media.

Jones got Kanye’s name tattooed on her wrist

In May of 2022, Chaney revealed that she got a new tattoo, it was a small tribute to her then beau Kanye. She got a permanent ink of the rapper’s moniker, Ye, on her left wrist. He legally changed his name last year.

Jones flaunted the tattoo on her Instagram Story as well. She posted a series of pictures showing off her toned physique in a chrome two-piece and matching thigh-high boots. Kanye was previously linked to the Uncut Gems actress Julia Fox but the two of them split in February after a whirlwind romance that saw the light of the day on New Year’s Eve. Her representative issued a statement to People on the occasion of Valentine’s Day that read, “Julia and Kanye remain good friends and collaborators but they are no longer together.”

Do you think Kanye and Chaney were an ideal match for each other? Kindly drop your thoughts in the comments section below. Don’t forget to stay tuned with us for the latest updates from the world of showbiz.