A tropical getaway is on the agenda for Kaley Cuoco and Tom Pelphrey for the holiday season before they welcome their first child next year.

Taking to Instagram Story to share a handful of photos for their vacation, the 37-year-old pregnant Flight Attendant shared a few screenshots from the trip on Friday, December 30. 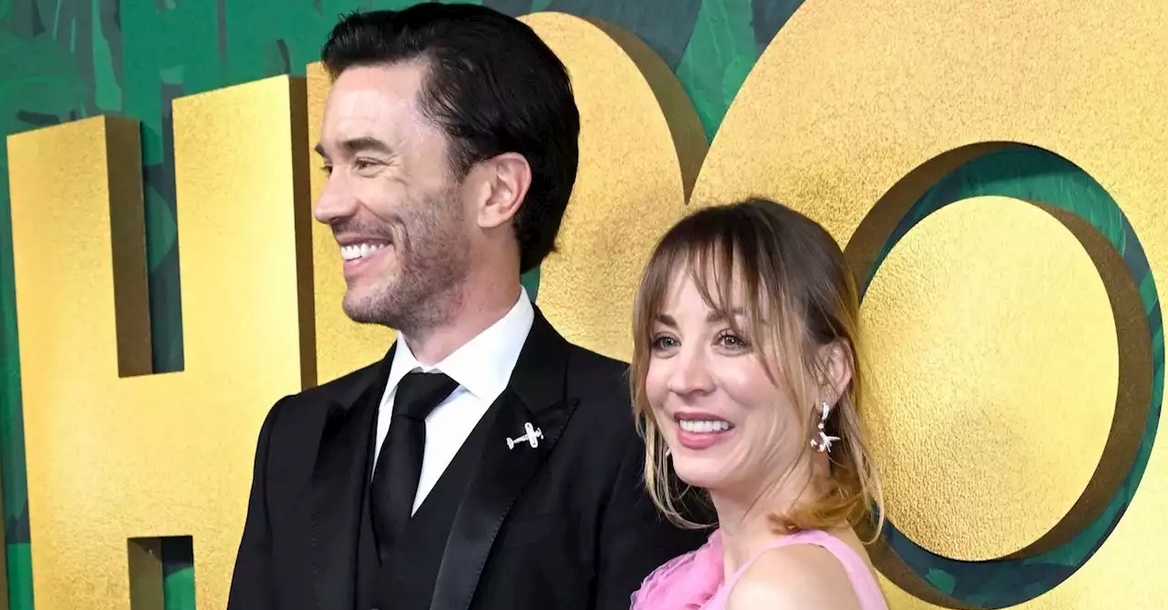 Kaley Cuoco Shows Off Her Bare Baby Bump While On Vacations

An intimate photo of her and Tom relaxing on a deck, seen below, shows them in lounge chairs. With her belly visible, Kaley wore a button-down blue and white striped shirt without a bra, leaving her very vulnerable. 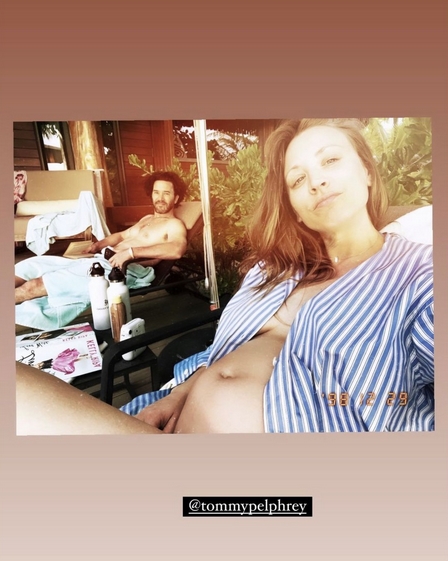 In a video posted from the exact location, Kaley panned around her and Tom’s private bungalow while offering stunning views of the beach. As they stood on a white-sand beach filled with palm trees, Kaley stuck out her tongue as Tom smiled alongside her. An orange bikini top showed a side view of Kaley’s bump. 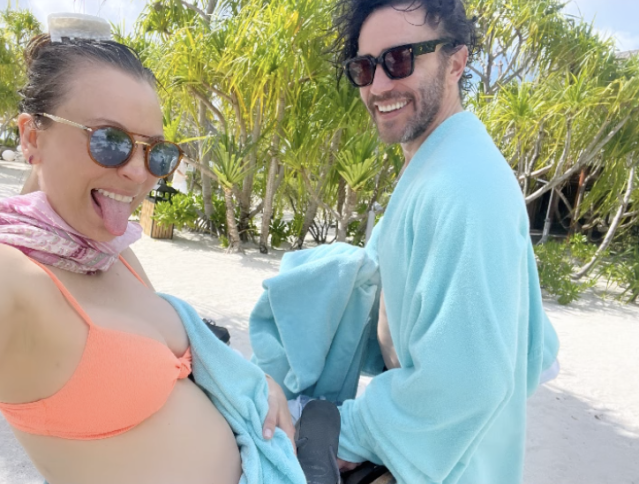 As part of her Instagram Story, the Flight Attendant actress previously posted a selfie in a window reflection to show another view of her bump. While wearing red, white, and blue basketball shorts and a bralette, Kaley snapped a photo on the deck of her vacation rental. Despite the blurry reflection, it’s impossible to ignore her glowing pregnancy glow.

Early In October, Kaley Announced That She Was Pregnant For The First Time

A Polaroid photo of Kaley’s tiny baby bump was part of a slideshow of images that the actress shared with her 7.4 million Instagram followers in early October when she announced her first pregnancy. In the picture’s caption, the actress wrote, “Baby girl Pelphrey is coming in 2023. Beyond blessed and over the moon… I [love] you @tommypelphrey !!!”

In the cover picture of the exciting carousel, Tom is depicted holding a slice of pink cake in his hand, which signifies that their bun in the oven is a girl and they are expecting a baby girl soon. In the picture, Kaley was seen holding her husband’s arm and smiling with pride as she embraced him with her arm.

In an interview with Extra on October 12, Tom discussed the joys of being pregnant for the first time. “We’re so excited. It’s the most incredible thing, Very blessed… very fortunate… very lucky… Everybody’s healthy… It’s a beautiful thing.”

In the hit CBS television series ‘The Big Bang Theory,’ Kaley Cuoco plays the role of Penny and is most known for portraying that character on the show. Currently, she ranks among the highest-paid television actors alongside Jim Parsons and Johnny Galecki, who play Sheldon Cooper and Leonard Hofstadter, respectively.

She began her career as a child actress and has since made regular appearances in films, telefilms, and television. Her other well-known television roles are Bridget Hennessy on ABC’s ‘8 Simple Rules and Billie Jenkins on ‘Charmed.’ 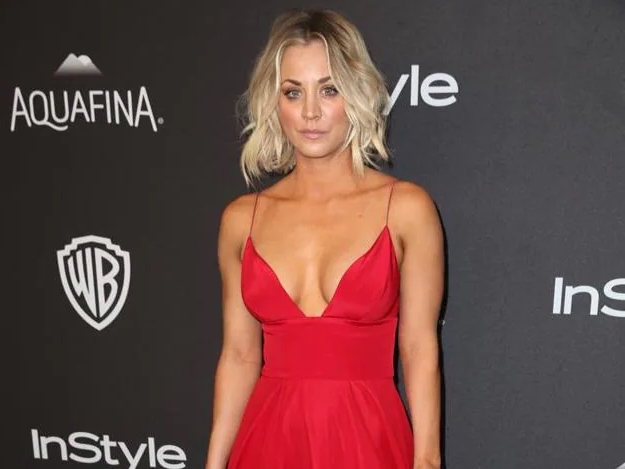 She has appeared in numerous films, including Picture Perfect, Alley Cats Strike, Crimes of Fashion, The Hollow, To Be Fat Like Me, The Last Ride, The Wedding Ringer, and Burning Bodhi. Furthermore, she has voiced characters from animated TV shows and movies in addition to her acting roles. ‘Hot 100 Women’ list of Maxim magazine twice ranked her in the top 20. In addition, a star was awarded to her on the ‘Walk of Fame in Hollywood.

Let’s congratulate the couple on the upcoming start of their parenting journey, so let’s say a big welcome to the world of parenthood! For more gossip on celebrities, please stay tuned to our site so that you don’t miss anything.