It is time for celebration for Kaley Cuoco and Tom Pelphrey! Both of them got Emmy nominations for The Flight Attendant and Ozark respectively. 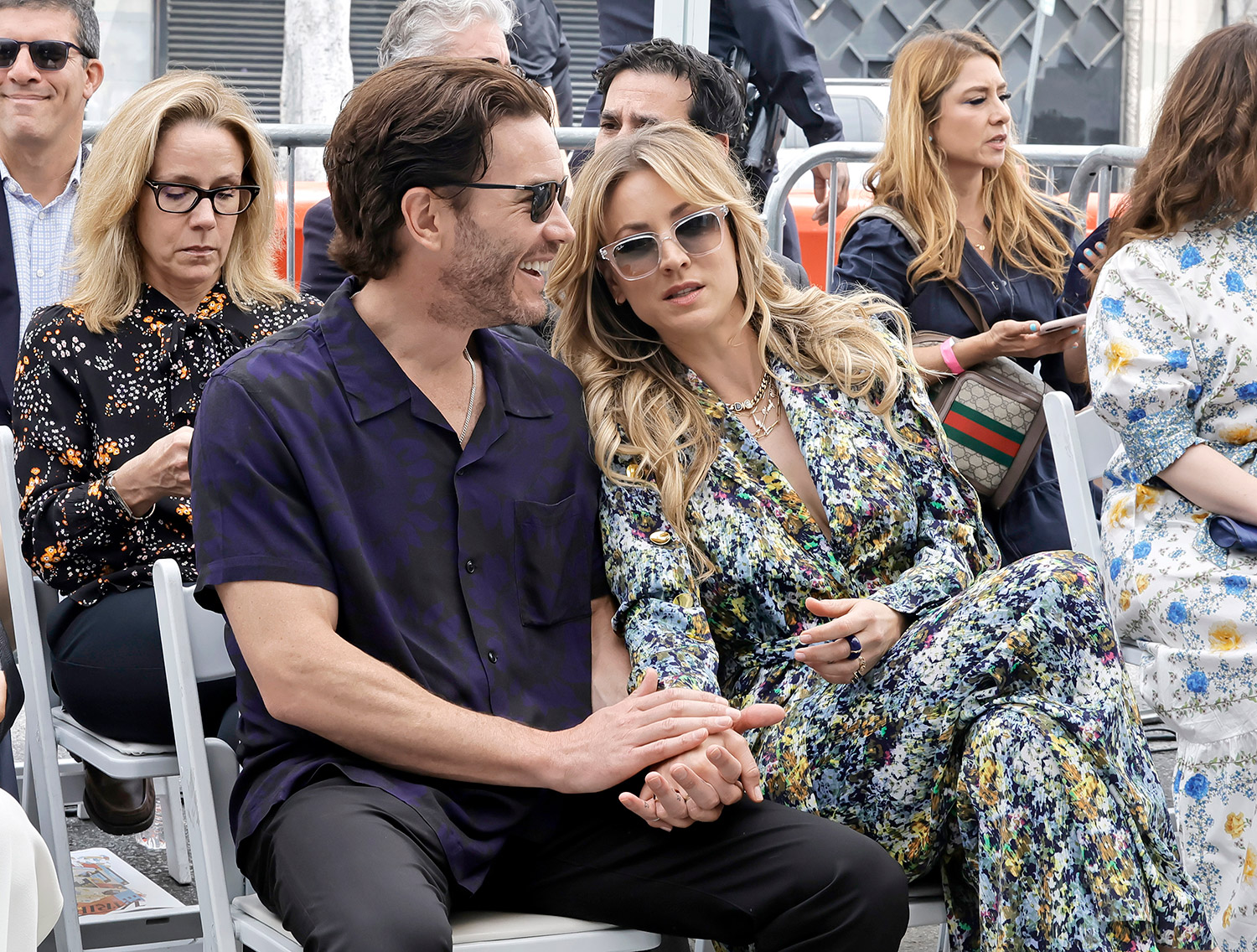 Cuoco posted a video on Instagram where she sat anxiously with her boyfriend awaiting the nominations. As soon as her name was called out, she jumped in joy and covered her face as Pelphrey yelled “Yes!! Baby!!”. The 39-year-old immediately went to comfort his girlfriend as she broke down.

They both embraced in a cute hug afterward. An emotional Cuoco thanked the Television Academy for the honor and said that she did not “take it lightly”. Furthermore, she captioned the post with “ thank you to my entire flight crew @flightattendantonmax for the flight of a lifetime ✈️ and to share this moment with my ♥️ @tommypelphrey with his own deserved nomination… what a moment and we are so grateful ❤️‍🔥💥”.

What Is The Flight Attendant About?

Cuoco, who is known for her role as Penny on the Big Bang Theory, got nominated as the Lead Actress In A Comedy Series for The Flight Attendant.

The series is about a flight attendant named Cassie Bowden (played by Cuoco) whose life takes a turn for the worse when she wakes up with a dead man in a hotel room. She has no recollection of what happened or how the man died. The show is executively produced by Cuoco as well.

It is a dark comedy mystery series developed by Steve Yockey. The series is based on a 2018 novel by the same name by author Chris Bohjalian.

So far, there are 2 seasons of the show that you can watch on Netflix. Cuoco said that there are apparently no plans for a season 3 but fans are hopeful that the Emmy nomination will change her mind. The show has a high rating of 7.1/10 on IMDb.

What Is Ozark About?

Ozark is about Marty Bryde, who gets entangled in a money-laundering business. He moves from Chicago to Missouri Ozark where he must launder $500 million in five years for a drug lord. It has a rating of 82% on Rotten Tomatoes.

More About Pelphrey And Cuoco

It has been almost a year since Cuoco filed for divorce from her husband Karl Cook. She has now found comfort in the arms of fellow actor Tom Pelphrey.

They went Instagram public with a coordinated picture of wilderness in May 2022, which means that their relationship is still fairly new. One of the most important things in any relationship is supporting each other and they seem to have that. After suffering through two divorces, fans are happy to see Cuoco happy again. Pelphrey has been linked to several stars like Gina Tognoni, Lili Simmons, Jamie Alexander, and more in the past.

Neither of them has divulged any information about how or when they first met. Given how Cuoco has faced trolling and criticism over her string of boyfriends and two divorces, it might be a conscious effort to keep the relationship private.