We know all of you want to learn more about the whirlwind romance between The Big Bang Theory star Kaley Cuoco and her ex-husband Karl Cook. So what are you waiting for? Start scrolling to get some deep insights about their relationship. 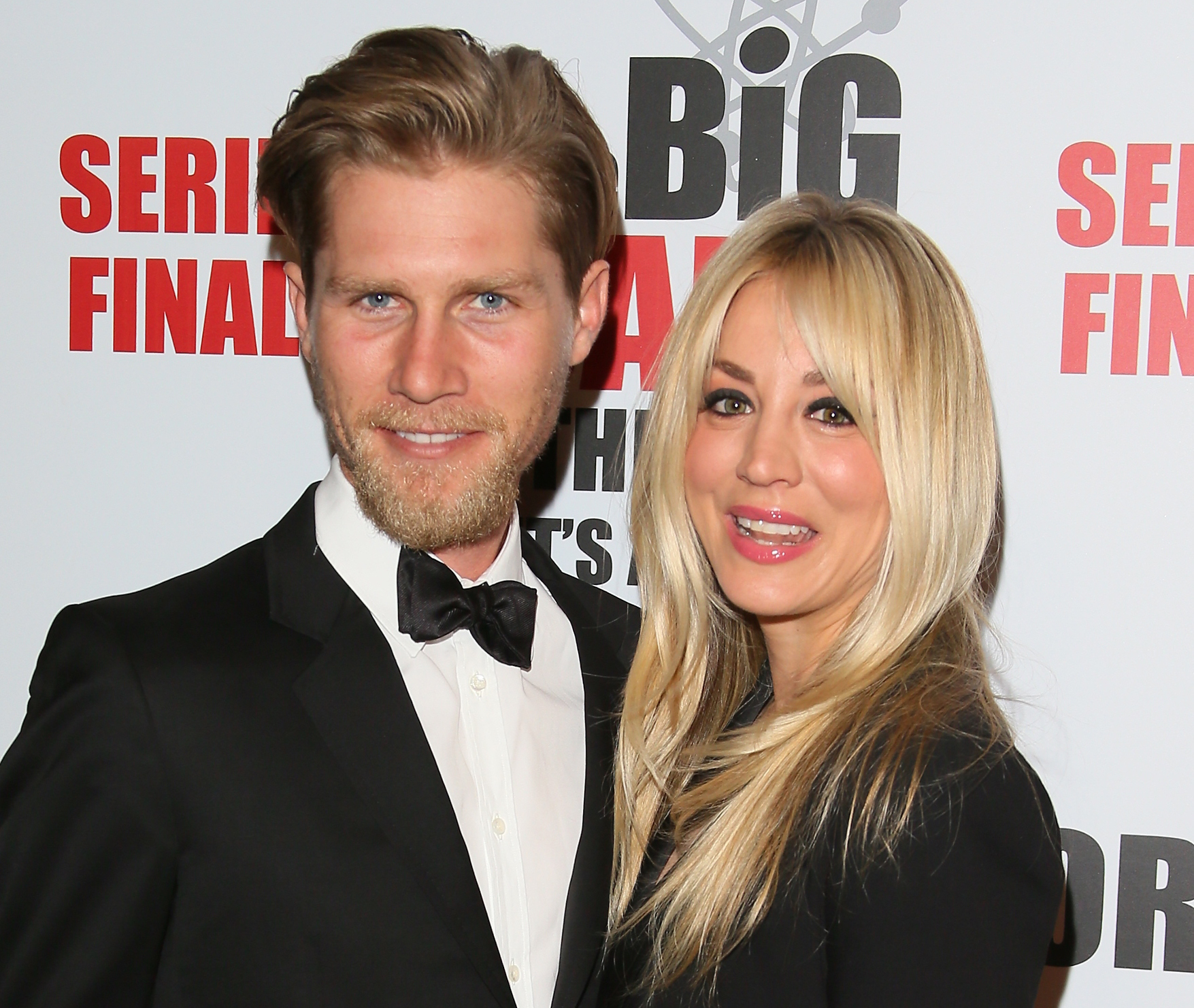 When did Kaley meet Karl?

The 36-year-old met Cook for the first time at a horse show in California in March of 2016. It would not be wrong to say that their love story began with their love for horses. For those of you who are wondering, Karl, is the son of billionaire Scott Cook. What did Cuoco have to say about Karl?

During an interview with Us Weekly in September 2017, The Flight Attendant actress talked about her relationship with Cook. She said, “I couldn’t be happier. I feel very, very lucky that I found someone like him.”

Kaley further added, “I like to torture him and he doesn’t get mad at me. He just lets me do it! I’m just constantly trying to rib him. He’s got such a great sense of humor. I like it when I’m bugging him, bugging him and then I finally get that laugh which just kills me.” The Hollywood star continued, “He’s just … I don’t know. He’s a real person and I think the big deal was knowing how much he loves dogs and horses — that’s always on my checklist. ‘Must love dogs’ is number one and he checked that off quite quickly and I fell very hard.”

The two of them first sparked dating rumors in March of 2016 when they were spotted out and about in public together in California. They were clicked by the paps getting cozy at a tennis match.

A few days later Kaley confirmed her relationship status as she posted a picture with Cook. “That’s what happy looks like,” she captioned the photo. 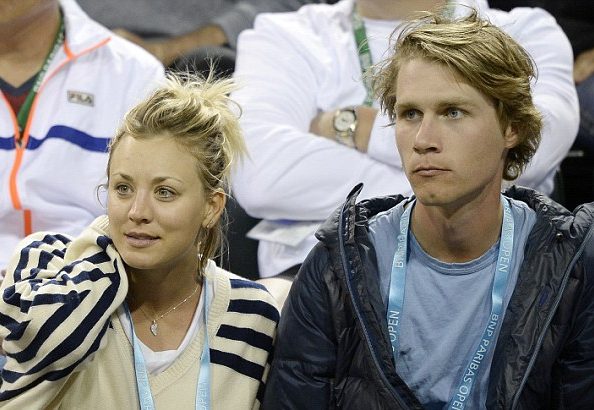 Karl and Kaley made their red carpet debut at the Longines Masters Los Angeles Gala in Long Beach, California. They looked comfy in each other’s company. They were photographed while holding hands at the event. 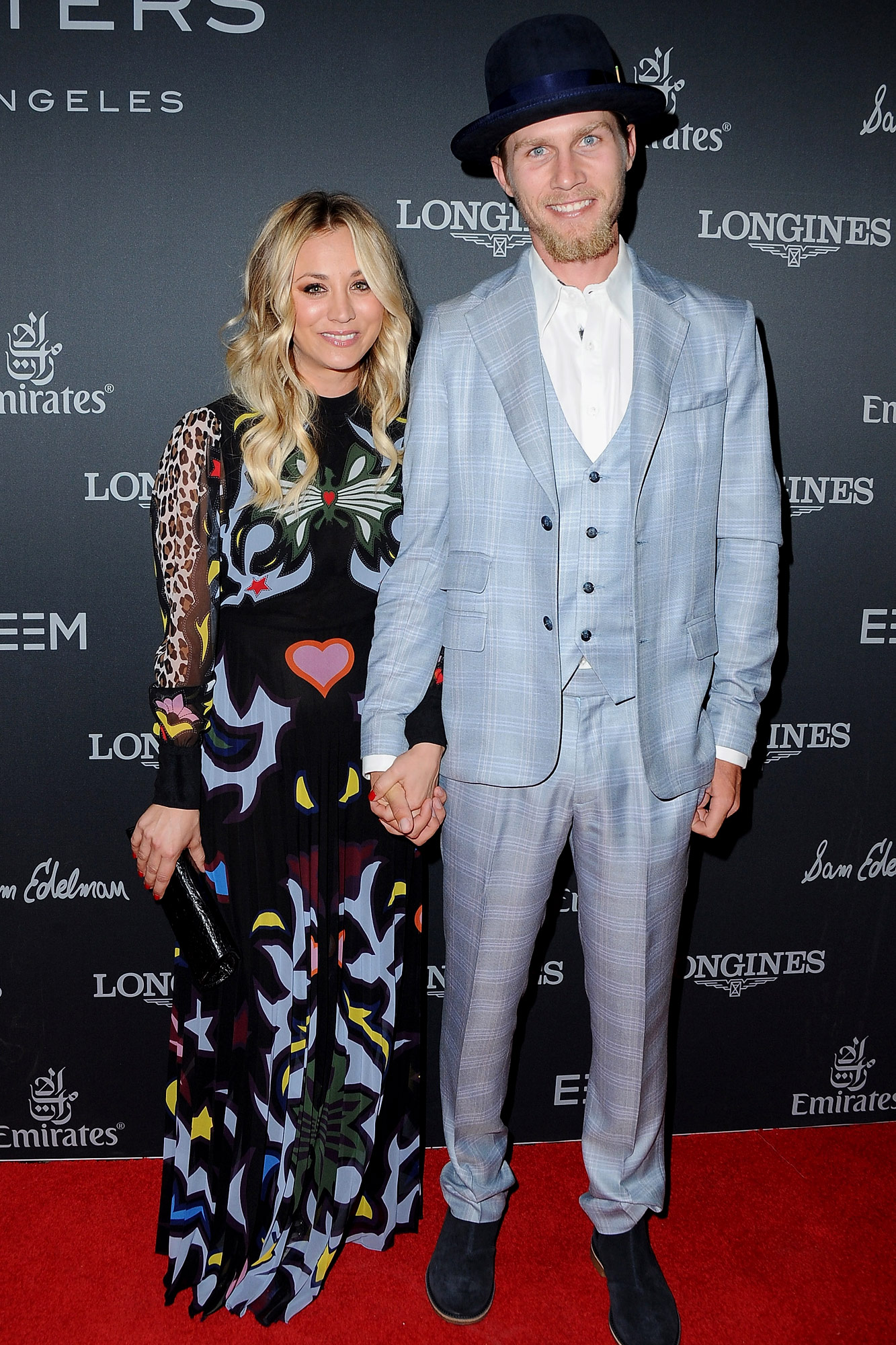 Karl posted a cute picture with Kaley on the social media platform Instagram. In the picture, we can spot the duo cuddling with Cuoco’s dog Ruby. The trio looked adorable in the snap.

“Finally back together after the longest week ever and wouldn’t you know it, my lovey has a shirt that speaks to me so perfectly. I love you so much honey. You know what ruby, we love you too, you just love laying and wiggling right into the middle of us😊😘”, he captioned the post.

In an interview with Us, Cuoco talked about her low-key date nights with Cook. She said, “We really like cooking. I love to cook. My boyfriend cooks too and he’s an amazing, amazing cook, so we love to go to the grocery store.”

The 8 Simple Rules star further added, “I’m one of those weirdos that actually likes to buy my own ingredients. I like to go to the store, I like to pick it out, so I think cooking is probably one of my favorites.”

Cook finally popped the question to the love of his life in December of 2017. He proposed to Cuoco on the occasion of her 32nd birthday. He also took to Instagram to share a video of the two dancing after getting engaged.

Karl wrote, “In life, there is nothing like dancing right after getting engaged. The purity and grace of the moment are inexplicable, it is truly as though life were a balloon bouncing on the smoothest zephyr. Honey; all I want is to be a balloon bouncing, bobbing, and flowing through life together. You are my everything @normancook”, in the caption of the post.

The beautiful couple said their vows in a Southern California ceremony in front of family and friends. Their wedding was also attended by Cuoco’s Big Bang Theory costars Mayim Bialik, Wil Wheaton, and Johnny Galecki. 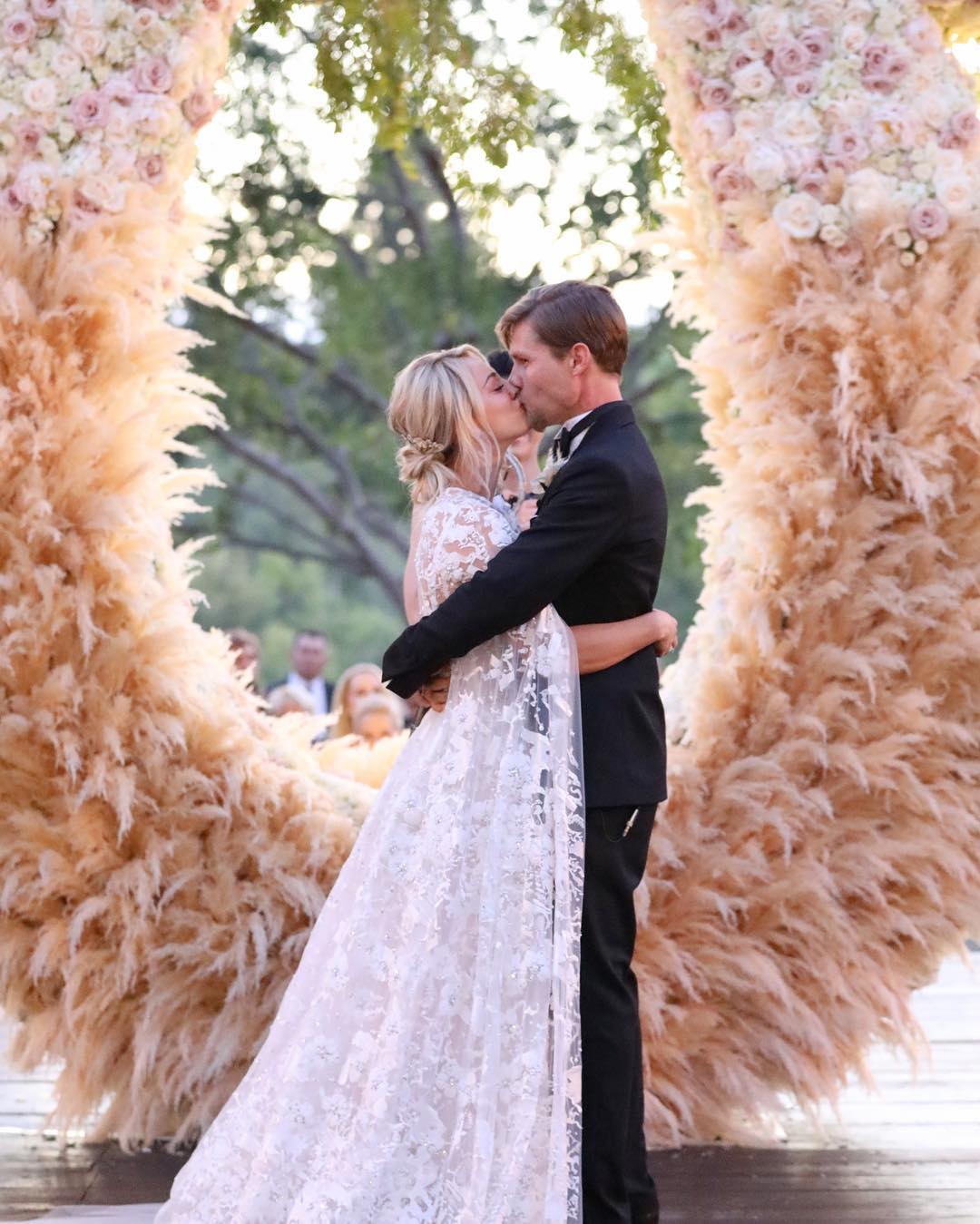 Just a few days after getting married, Karl displayed the qualities of a perfect husband as he was seen helping Kaley as she underwent shoulder surgery at the time. He was right next to her during the recovery phase.

Cuoco took to her Instagram Stories in which we caught a glimpse of Cook making her hairstyle and she said, “All I’m asking for is a top-knot ponytail … No, I want a top-knot bun, please don’t mess this up.” The animal lovers spent their first Thanksgiving as wifey and hubby helping rescue a baby seal. Kaley posted a video on Instagram. “So here’s what I’m grateful for … at my in-laws beautiful beach house, Karl and I came across a baby seal who was obviously lost and in pain,” she captioned the post.

Cuoco further added, “I called the 24 hour @cimwi___ (marine and wildlife hotline) and asked if someone could come help him. They promised me a volunteer but I was unsure it would happen since it’s Thanksgiving! A few hours later I noticed a group of volunteers huddled around the seal. They all showed up to help!!.”

The pair celebrated their first wedding anniversary with their favorite cuisine- Taco Bell. “Best anniversary dinner I could have asked for. Ask for beans instead of meat next time you find yourself in the Taco Bell line”, Cuoco captioned a picture from their meal before noting that the food was meatless. During an interview with Entertainment Tonight, The Wedding Ringer actress explained how she and Cook are yet to move in together despite being hitched for over a year. She said, “We’re building our dream house and we’re eventually going to be under the same roof forever.”

Cuoco continued, “We have a very unconventional marriage, you know. We have different locations that we’re at a lot. We’re not together every single day.” 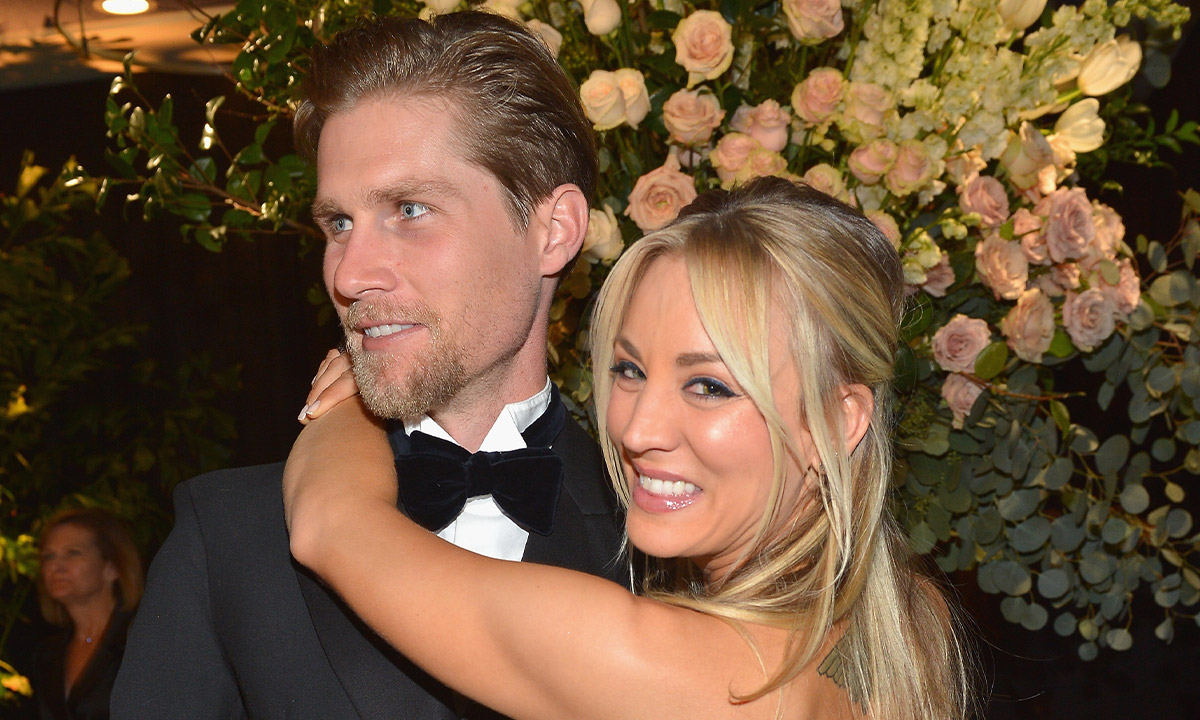 Kaley and Cook began to live in their Los Angeles home during the Covid-19 pandemic. She shared a picture of the two in which we saw “#KarlFashioned” cocktails as she and Cook toasted to their new house. While making a virtual appearance on Jimmy Kimmel Live!, the Meet Cute actress said, “It’s been great for our relationship. We like each other, we’ve realized, which is even better.”

On the Armchair Expert podcast, Cuoco talked about the differences in her marriage to Karl and former partner Sweeting. She said, “I think even with my, you know, I was married previously, but even with that person, that was a big problem.”

Kaley added, “And I was like, ‘I have to be with someone who really has their own — whether they’re famous or not — their own life.’” Kaley marked the third anniversary of the pair with a lovely Instagram post.  “NY, June 30th, 2016 is the year we met. 2 years to the day before we got married and now 3 years married! Why have you stayed married to me for so long?! I’m sincerely impressed @mrtankcook lol I love you oh so much you have no idea …happy anniversary!!! ❤️❤️❤️”, she captioned the post. The couple announced that they have decided to part ways by issuing a joint statement. They say, ‘If something is not meant to be, it will never be’ and it’s quite apt in their case.

Karl and Kaley said, “Despite a deep love and respect for one another, we have realized that our current paths have taken us in opposite directions. We have both shared so much of our journey publicly so while we would prefer to keep this aspect of our personal life private, we wanted to be forthcoming in our truth together. There is no anger or animosity, quite the contrary.” As per the reports of Us Weekly, Cuoco filed for divorce from Cook on September 3 in the Superior Court of California for the county of Los Angeles.

That same month Kaley supported Carl just one week after announcing their separation. She commented, “Congrats you, this was amazing,” on an Instagram video that revolved around his technique as an equestrian after he won a competition. She also dropped a few heart emojis on a post about his victory.

Can’t Be Heaven star disclosed how she was feeling while she was in the process of divorcing Cook. “Sometimes it’s OK to not feel totally OK. Even on ur bday. I have the greatest fam and friends there ever was”, she wrote via her Instagram Story. 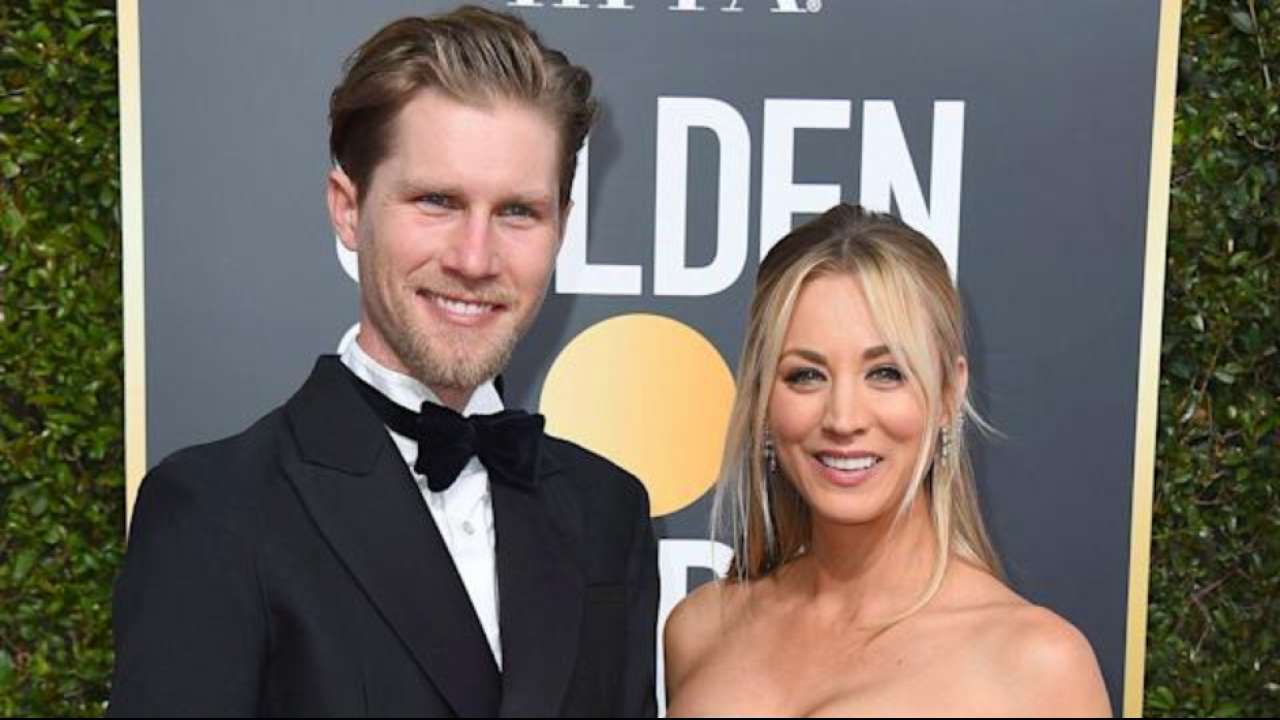 Following the couple’s split, a close source told Us, “She and Karl are on good terms. You could tell it’s an amicable divorce [and] far from messy.” An insider stated that if their divorce gets delayed it would be all because of the court’s timing and not due to any fight between the pair.

Since then, Kaley has moved on in her life. We wish her nothing but the best of everything. Don’t forget to stay tuned with us for the latest updates from the world of showbiz.