Recently, the Die Hard star Justin Long and his girlfriend Kate Bosworth went Insta official with their relationship. The Hollywood actor dropped some funny yet adorable selfies of the pair on social media on Tuesday. Keep reading, to see the photos of the couple. 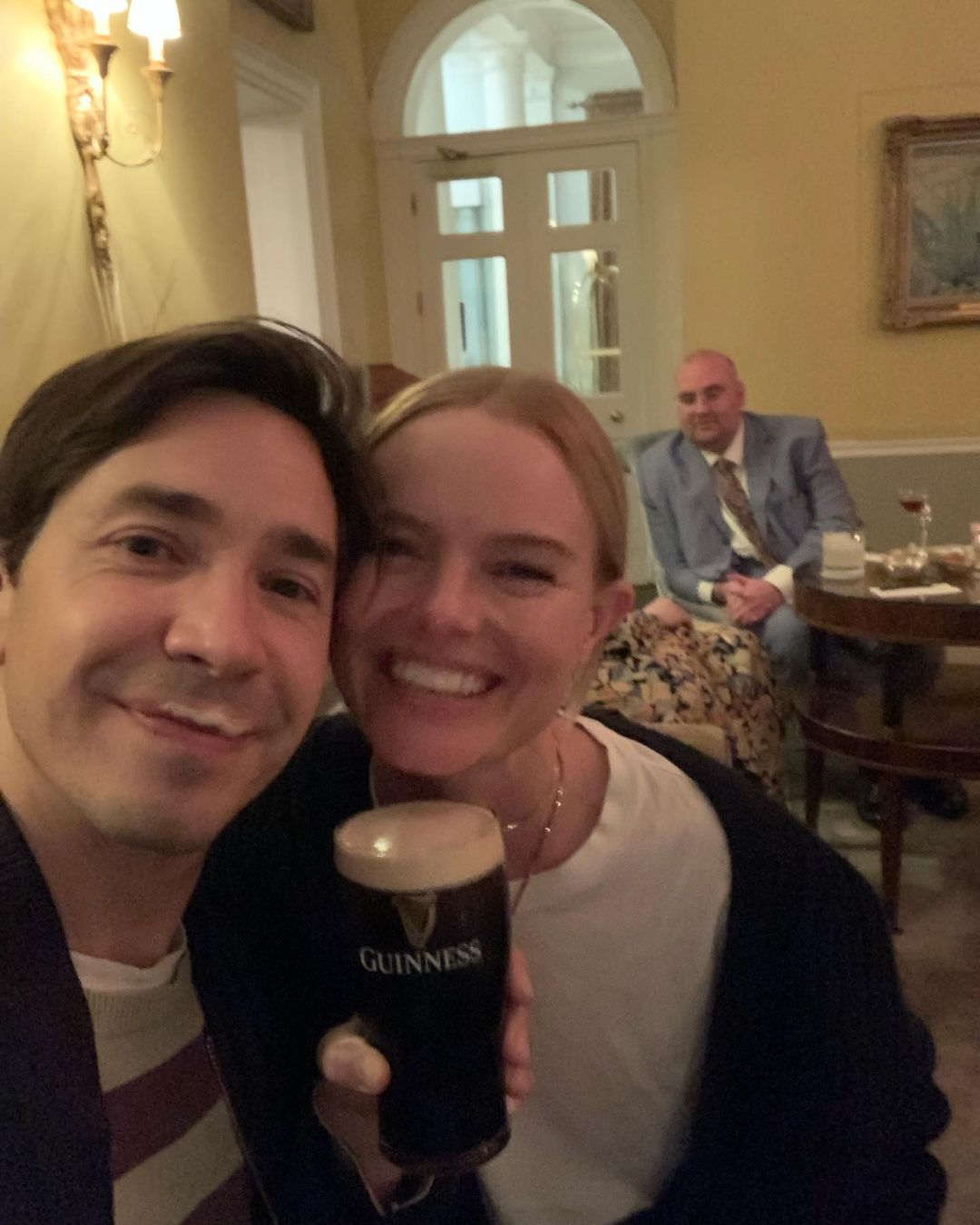 The 43-year-old took to his Instagram to share a series of pictures of himself and his ladylove from their romantic vacation to Ireland in which the two of them can be seen sharing a pint of Guinness.

In the photos shared by the F Is For Family alum, we can witness the couple being their goofy selves as they take a sip of the foam at the top of a new pour at the same time and then pull back and both of them end up with white mustaches on the top of their upper lips.

Kate played the role of a perfect girlfriend and soon afterward she commented on the post of her boyfriend and she wrote, “I’m the luckiest. 🍀✨😘”, in the comments section. We think we all are lucky to witness their fairytale romance.

The Baby Driver actress Eiza González could not stop herself from gushing over these two and she commented, “I live for this duo 🙌❤️”, while Sweet Magnolia‘s JoAnna Garcia Swisher penned, “You two are a perfect ‘pour’! ❤️🍺❤️” 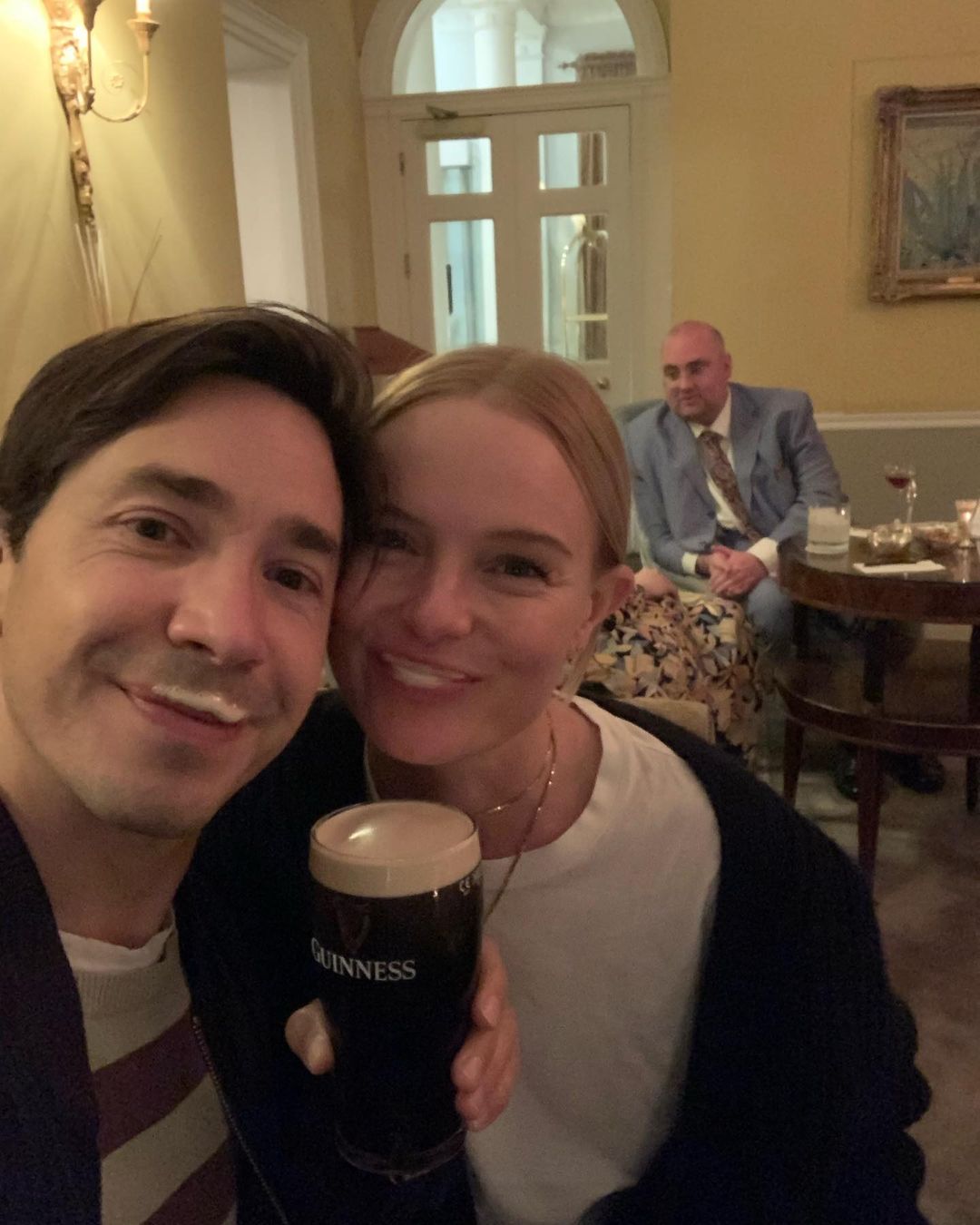 When did Justin and Kate spark dating rumors?

The Accepted actor and Superman Returns actress were rumored to be dating in 2021. The romance rumors of the two started going around in circles in the spring of 2021. At that time, the couple was working together on an untitled project. 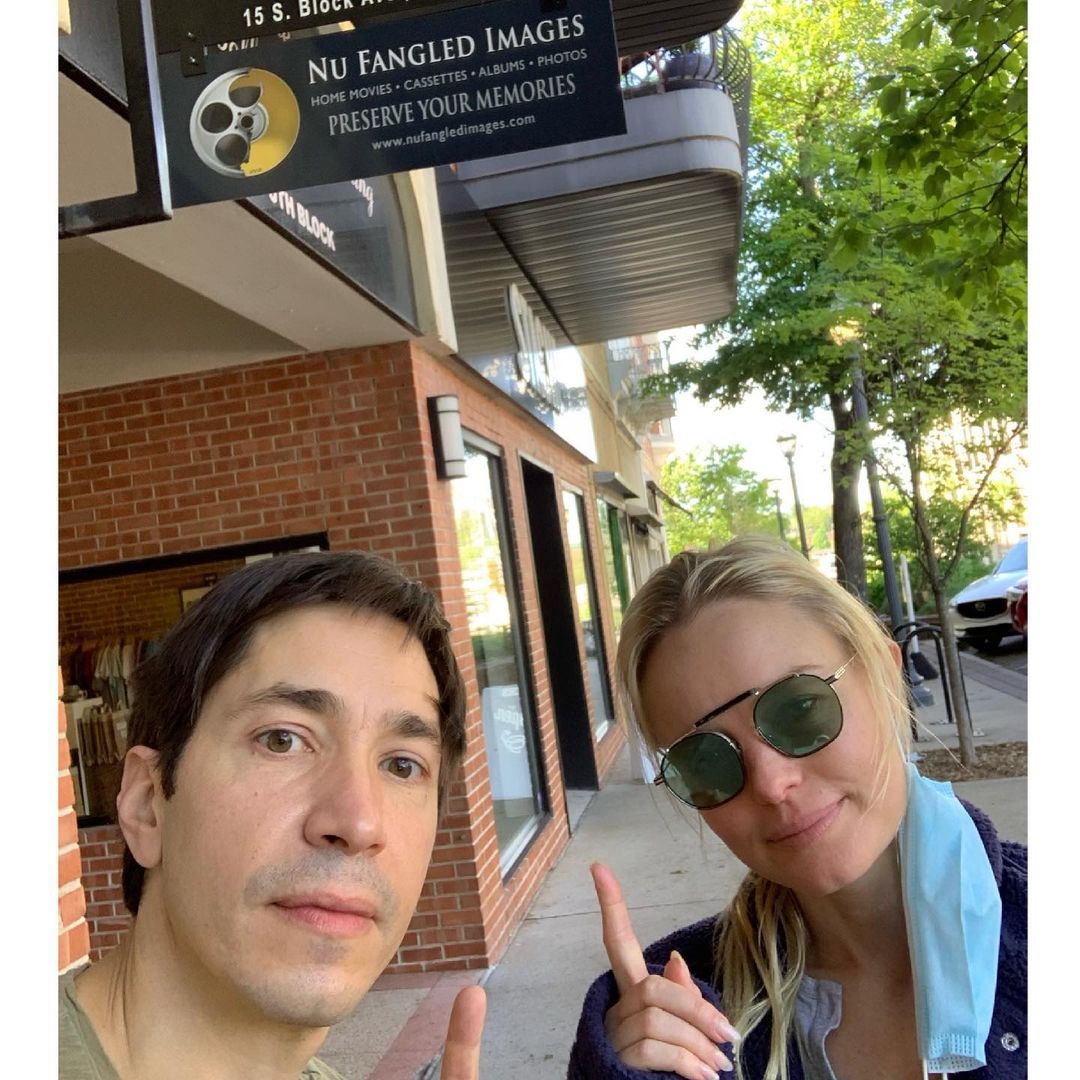 Justin confirmed that he was dating someone special in December of 2021. Later on, it was revealed that the woman ruling over his heart is none other than Kate Bosworth. The two met on the set of a film in Fayetteville, Ark., earlier that year.

Kate posted a sweet tribute for her beau in May 2021

The Blue Crush actress shared a carousel of pictures of herself and her boyfriend in May of 2021 on the social media platform Instagram and she penned a long but heartfelt caption for the post.

“There are some movie experiences when you learn a lotttttt about another person. Well, we just wrapped one of those — all night shoots, working 6-day weeks,” she captioned the post.

Bosworth further added, “The exhaustion & insanity was off the grid. Holy moly @justinlong you are a truly spectacular / fun / funny / kind / rare / thoughtful / totally. fckn. rad human being 🌻.”
The actress went on to say, “THANK YOU for lifting us up… you kept it light & full of laughter daily, even through the toughest moments. You gnome how much I love ya 💛 (sorry had to ;)” Justin then jokingly commented, “That’s ALL you wrote about me??? Well… I admire your restraint.” We must say that Justin Long and Kate Bosworth make for one beautiful couple. Don’t forget to stay tuned with us for the latest updates from the world of showbiz.