According to sources, Julia Garner is currently the top choice to play Madonna in her new biopic. The Madonna Project is still underway at the Universal Pictures and the cast has not been finalized yet. What Is The Documentary About?

The documentary will follow the troubled artist through her early days as an “oft-controversial artist and queen of perpetual reinvention”. What is interesting is that Madonna herself will be behind the camera, directing the documentary.

She will also act as a co-writer so the audience can count on the authenticity of the information and even expect some untold stories.

The focus of the documentary will be on Madonna’s journey of being “a human being, trying to make her way in this world.” Music will be an integral theme. Madonna said “Music has kept me going and art has kept me alive. There are so many untold and inspiring stories and who better to tell it than me. It’s essential to share the roller coaster ride of my life with my voice and vision.”

Amy Pascal will be producing the documentary while Donna Langley nabbed the script after a bidding war by multiple studios.

It is said that Garner has been offered the role to play Madonna, but it is not confirmed yet whether she will accept or not. Garner is known for her impressive portrayal of many roles, one of them being as Ruth Langmore on Ozark. She played the dark and gritty role for 4 seasons and even won two Emmy Awards for Outstanding Supporting Actress in a Drama Series for two years 20119 and 2020.

Garner is also known for playing the real-life character based on Anna Sorokin, a convicted fraudster who pretended to be a wealthy German heiress by the name of Anna Delvey.

Over the years, Garner has played contrasting characters with ease and perfection. It will be interesting to see her take on the role of the great Madonna, that is if she accepts.

Julia Fox & Others Were Considered As Well

In an interview, Madonna’s longtime friend and actress Debi Mazar said that she believed Julia Fox would be a good fit to play the role. She said “To me, she actually looks more like Madonna to me, than me. So, maybe she’s going to play Madonna, so, who knows?” 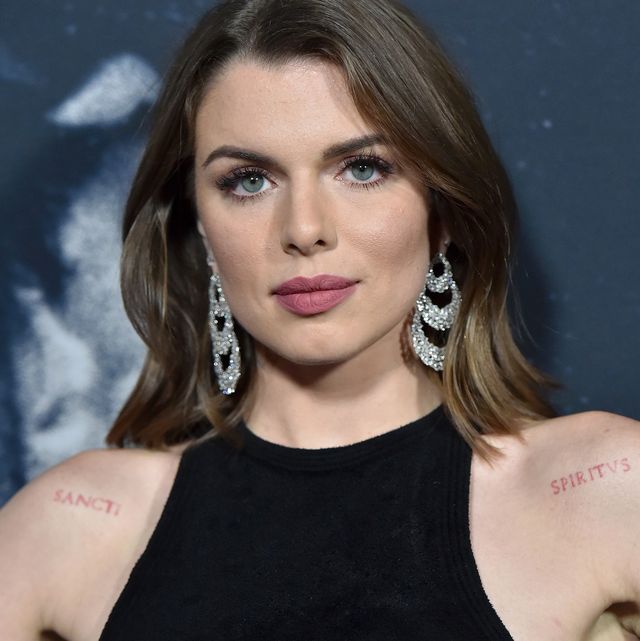 She also went on to say that she trusted Madonna to “choose the right person” to play her on screen. Furthermore, she continued “We had some great times and I’m just I’m really proud of Madonna for doing this — to write it, because I think she has a great legend, a great story”.

Both Fox and Garner are great actresses and will play the role of Madonna impressively if they are chosen and if they agree to get on board. It will be interesting to see Madonna’s story be told from her perspective, rather than how others assumed it to be.

Prior to Garner being the top choice, Florence Pugh, Alexa Demie, Odessa Young, and even popular singers like Bebe Rexha and Sky Ferreira were considered to play the iconic role.