Panda is in serious trouble and it could get pretty bad for Yuji in Jujutsu Kaisen Chapter 185 when we get to know the Electric guy’s motive. 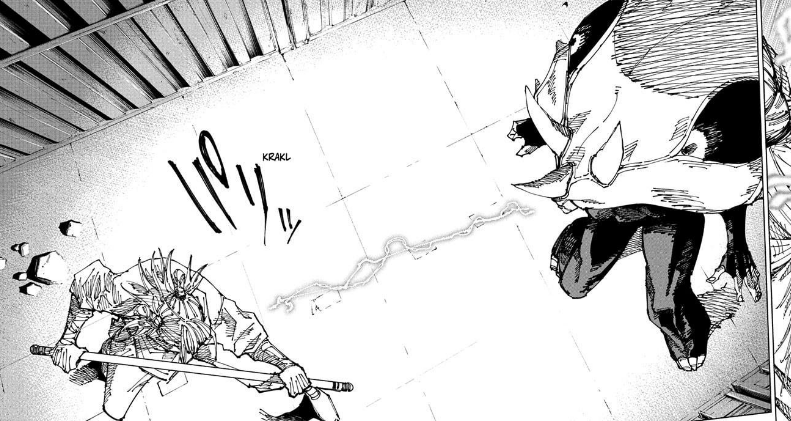 In the next chapter, you can expect to see Hakari’s victory and Panda’s hilarity trying to pass as much time as possible with the newly introduced character. Hopefully, we can get a standoff with Hakari and the Electric guy in the next issue as well.

Catch up on the culling game’s biggest fight to happen yet, Hakari Vs Electric Guy in the next Shonen Jump issue which will drop on May 20th, 2022, only on the official Viz Media website.

After the past three chapters surrounding Hakari’s fight with the Mangaka, we see another known face, Panda. It seems like when Yuji, Panda and Megumi confronted Hakari, all three found themselves in a different part of the Tokyo colonies. 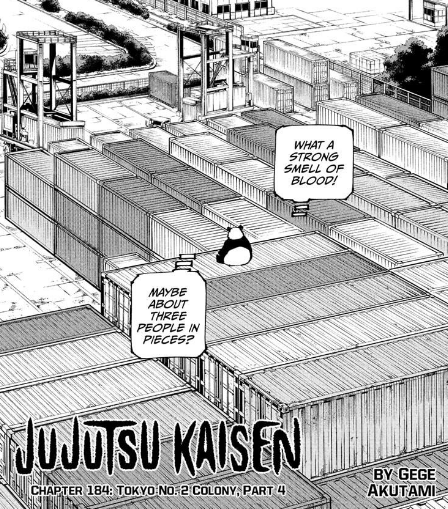 While we have seen Okkotsu beat up everyone and Yuji and Megumi take down their opponents, Hakari seems to be on the winning side as well. But the only one with fewer chances of coming out of this is Panda.

Panda is hilariously trying to avoid fighting anyone, hiding in plain sight as a teddy bear. But when he moves a bit and tumbles down, he tries to act like an actual panda.

A New Fighter Enters the Battle

But a keen-eyed fighter notices his prey from a mile. Which a Son Goku knockoff certainly does just after a bit of left and right. Here we find another use of Kogane, that of identifying who is a culling game player.

The fists and kicks of the other player shock the living breath out of Panda. The blows come fast and they come strong, only the first punch can go through Panda’s chest. After some hefty shots, Panda transforms into his attack form. 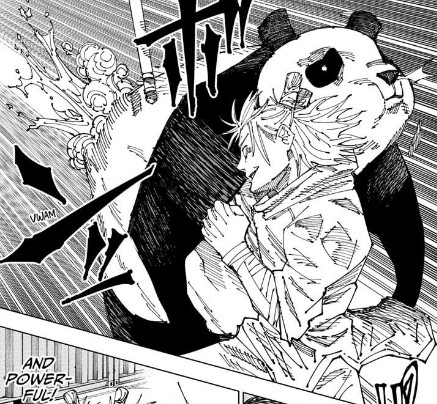 He also remarks that the hits feel like Megumi’s Nue attack, electrified to the tea. Panda tries to slow the individual down with Unblockable Drumming Beat to inflict internal damage. But the monkey counters it and tears off one of his arms. 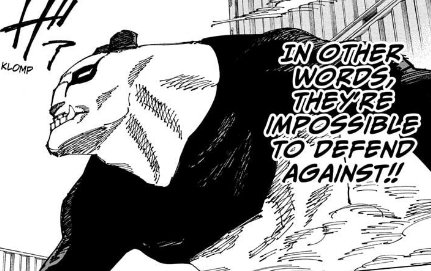 As the enemy throws his torn off hand at Panda to imbalance him, he bullets strong punches to finish off Panda. His first question is about Sukuna’s location which Panda takes way too much time to answer.

This leads the questioner to doubt the real answer that Panda is hiding. But as he is about to question him again, the third and final form of Panda unveils itself. As Panda is about to strike his finishing blow he understands the curse technique of his opponent. 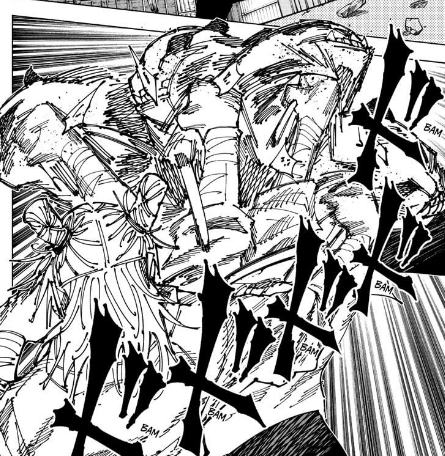 By generating a positive charge in himself, he sends it off to another who combusts because of its surplus. And his body returns to its normal state immediately. But alas, it was way too long time that Panda has taken, as the Electric buzzes him off standing tall at the end of the battle.

With all this going on, the race to catch Sukuna and turn the culling game into his pet is slowly closing. Check out next week, what this new antagonist wants from our favourite protagonist.