The fight in Sendai Colony continues as Okkotsu takes on Oro takes on Ichigoori in an epic battle continuing in Jujutsu Kaisen chapter 179. 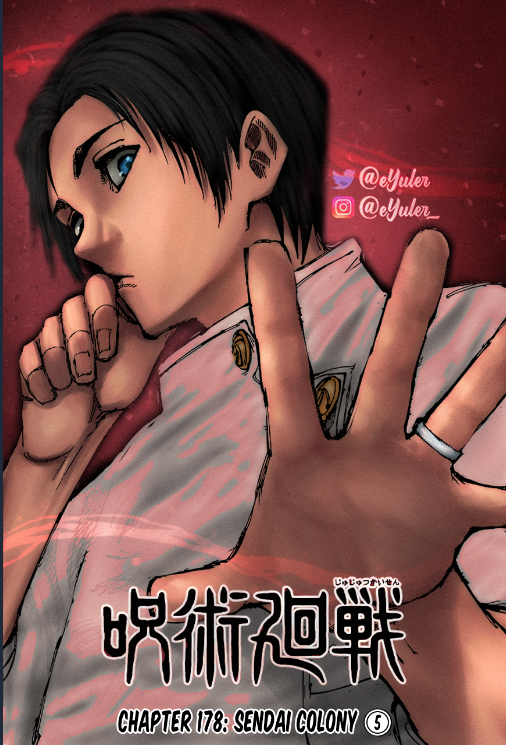 You can find the newest chapter of Jujutsu Kaisen on the official website of Viz Media. To catch up on everything that is happening, you can pay for the volumes and volumes of Jujutsu Kaisen material full of amazing action.

All the fans have been anticipating Jujutsu Kaisen chapter 179 and we couldn’t have it any closer. The newest addition is dropping on 25th March 2022 which will give us the conclusion of the battle of three domain expansions.

The battle rages on as Okkotsu brings out the big guns, Rika in her full capacity. The chapter starts with Rika’s presence visible to Ichigoori and Oro. With Rika in hand, Okkotsu goes heavy on Oro while Rika takes on Ichigoori.

Before the fighting starts, the range of Okkotsu’s abilities are explained which include gaining all of Rika’s cursed technique as well as gaining the help of Rika as an ally, but the thing about this state is that it only lasts for 5 minutes. 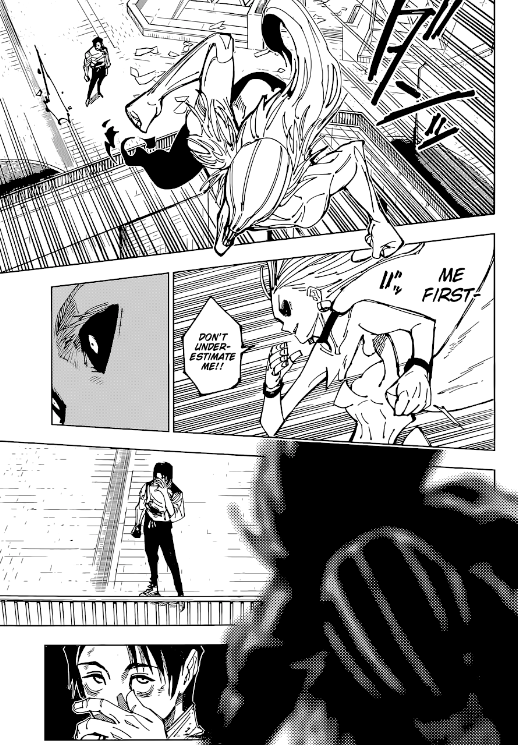 When the battle starts Okkotsu completely goes for Oro, so does Rika, and there is this immaculate way of drawing that I love in the art of manga, and in this chapter, Akutami Gege nails it to the bone.

The way that Okkotsu’s hidden ability is shown as well as the body of Rika coming into the picture brings out the best in horror, which is very rare to see in the scope of horror and action blended this well.

Let’s get back to the action then, Okkotsu uses his cursed speech to immobilize Oro in mid-air and then Rika from in front and Okkotsu from behind pummel her plenty, as Ichigoori is watching and he takes his aim directly at Rika, who launches Okkotsu towards Oro and deflects his projectile just through her hand.

Then Rika and Ichigoori exchange some blows as the momentum keeps tightening with every punch. Meanwhile, Okkotsu makes Shikagami out of his hair and launches them towards Oro, which she punches away.

Here we get a look at why and what this fight between Okkotsu and Oro is really about. In the era when Oro was alive, Okkotsu’s ancestors used to have a team of assassins called ‘Jitsu-Getsu-Sei-Shintai’ as their assassins, of which Oro was the leader.

But back in the day, Oro was sentenced to death when her employer used her as a scapegoat, which humiliated her beyond measure. When we come back to the battle, the Shikagami that Okkotsu used turned out to be a set-up for his domain expansion.

This reveals the true nature of what Okkotsu’s power truly is, Mimicry. Okkotsu tells her that if she keeps living for herself then ultimately there’s going to come a time that she can’t live anymore.

Battle of the Domain Expansion

While the battle of wits and strength is going on, Ichigoori, Oro, Okkotsu and Rika all coincidently appear to land on the same building. Ichigoori stops their conversation and then says that we aren’t here to talk. 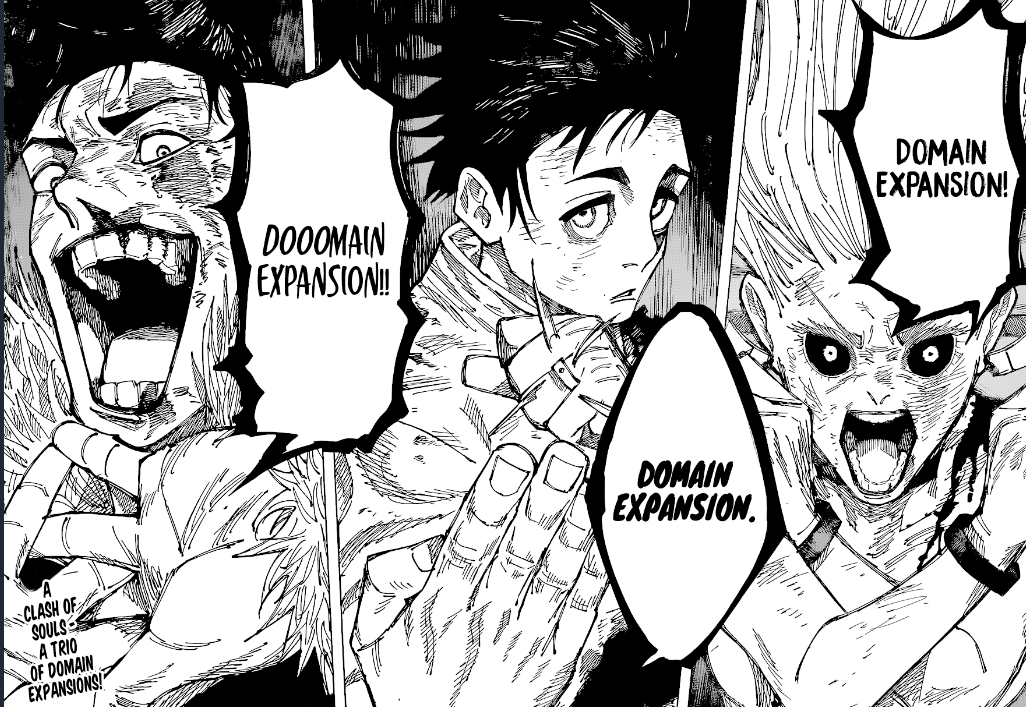 And just like that was a signal for something, each one brings out their domain expansion thus concluding the chapter.

For more information about Jujutsu Kaisen or any other manga or anime that you love, check out The Teal Mango.