Let’s get ready to join the Jonas Brothers, who are marching back to Sin City! 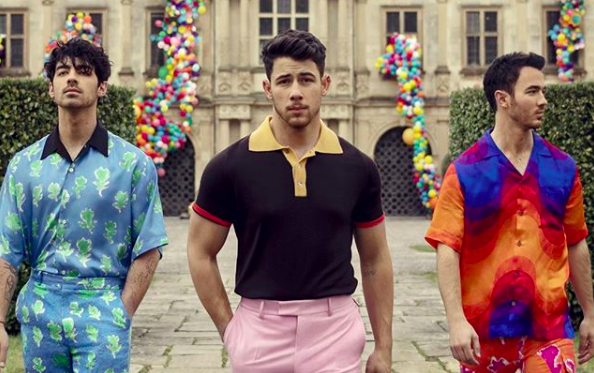 IT’S OFFICIAL! The sibling trio announced their new Las Vegas residency on Tuesday i.e., March 1. After a six-year-long hiatus, the Jonas Brothers reunited in 2019 for their song ‘Sucker,’ which is the first single off their fifth studio album Happiness Begins.

The trio has been busy juggling with their personal as well as professional life, from the followers release of their Amazon movie Chasing Happiness, then touring Happiness Begins Tour and documenting their career in Moments Between the Moments, which seizes the BTS conversations between the brothers on their Remember This Tour, as well as their family responsibilities and experience being new father, husband, and uncle.

Kelvin posted the good news with their fans with a teaser trailer for their upcoming residency: Live in Vegas on his Instagram, “Can’t wait to be back on stage in June with my brothers! See you in Vegas!!”

While the youngest one excitedly interjected, “Best way to kick off summer 2022?? With my brothers in Vegas.”

The “Pom Poms” band has announced that the show will take place at Dolby Live at Park MGM, Las Vegas. The show will go live from June 3 to June 11, 2022.

This summer residency is their second shot at hosting a Vegas residency after their 2020 plans were held back because of the sudden covid situation just a few weeks before they were ready to take off to Sin City.

After the pandemic was over, the brothers marked their return with their triumph Remember This Tour. It successfully vends more than four million tickets last year and stretched its earnings for touring past $300 million as a band.

Where to Purchase Tickets?

The tickets for the five dates for the Las Vegas show will go on sale via Ticketmaster. The general public can buy the tickets from Monday, March 7 starting at 10 a.m. PT.

See you in Vegas this June 🎰 Tickets on sale Monday at 10am at https://t.co/vhTVNHVdzz! pic.twitter.com/kOmQiraHl5

The Jonas Brothers have expanded a lot from the past few years, from Joe and Sophie Turner welcoming their daughter, Willa Jonas in July 2020, and Nick and Priyanka Chopra Jonas also welcoming another angle in their family via surrogate in January. They haven’t disclosed her name yet.

Grab your tickets before they get sold out. Hurry up!