the National Academy of Television Arts & Sciences announced the hosts for the first-ever Children’s & Family Emmy Awards. The academy announced that JoJo Siwa and Jack McBrayer would be hosting the event. Siwa is excited to take on this new role, she said “I am honored to be hosting the very first Children’s & Family Emmy Awards, and to be a nominee in both outstanding choreography and outstanding music direction and composition for a live action program.” The 19-year-old also added that “It’s sure to be a fun-filled evening with my girl group, XOMG POP! kicking off the night with what will be a great performance.” The XOMG POP! is an all-girl pop group created by Jess and Siwa.

McBrayer is nominated for outstanding host for Hello Jack! The Kindness Show. He said, “I am thrilled to be hosting the first Emmys ceremony specifically created to recognize the important and influential Children’s & Family genre.” He also added that “It is truly an honor to be celebrating all of the individuals whose wonderful contributions remind us that great television can entertain, educate and bring together people of all ages.”

The Children’s & Family Emmy Awards is the first-ever expansion of the Emmy Award competition since its inception in 1979. This also marks the completion of the first year of realignment between the Television Academy and NATAS.

The competition has received well over 3,000 submissions so far, which makes the competition the largest that NATAS has ever overseen.

Adam Sharp, President and CEO, NATAS, said that “We’re thrilled to recognize the fastest-growing genre in television by launching the Children’s & Family Emmys with such cultural powerhouses as Jack McBrayer and JoJo Siwa.”

He also mentioned that “Their undeniable energy and enthusiasm perfectly capture the tone which will set this ceremony and competition apart for years to come.”

Earlier this year, Jojo Siwa revealed that she was not invited to Nickelodeon Kids’ Choice Award even though she was nominated for Favorite Social Media Star. Sometime before that, Siwa had come out as queer to the public.

She posted a video stating that a lot of people were asking her about the show and revealed that she simply was not invited. This led to a massive online turmoil where many celebrities were upset with Nickelodeon and fans wondered if this had anything to do with her coming out recently. 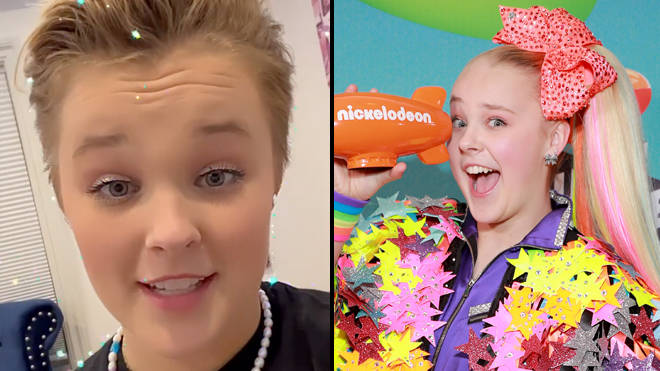 Nickelodeon responded and said that she got left out as an honest mistake and that she should have been invited. The star and the network’s relationship had been rocky before that. Siwa had alleged that Nickelodeon would not allow her to perform some of her old songs.

Now Emmy has roped in Siwa to emcee the December 10 and she is excited to do it. She is one of the most influential people when it comes to kids. McBrayer and Siwa are the perfect choices to host the new award show.