If you still had some doubts regarding Johnny Depp and Camille Vasquez, get over them because Camille Vasquez’s heart is elsewhere. Days after Depp’s glorious court victory, Vasquez was spotted with her boyfriend Edward Owen. Read on to learn more about their romance. Camille Vasquez may be an excellent lawyer, but she’s actually become a star after taking up Johnny Depp’s defamation case. The 37-year-old actor attorney was recently spotted leaving a hotel in Virginia with Edward Owen, 38, the man she is dating. The couple was spotted getting into a car and one fan who’d been following the trial asked Camille to take a selfie with her. Both Camille and Edward seemed amused at the attorney’s newfound star status, and they both smiled as the photos were snapped, and Camille smiled wide for the selfie with the fan. While she wore different dresses and suits throughout the trial, Camille was dressed casually in a t-shirt and jeans with a jacket wrapped around her shoulders in the photos. Her boyfriend sported a similar look with a blue tee on.

Camille was heading with Owen to the airport from their hotel. Paparazzi also fired a lot of questions trying to get a response from her. Well, Camille and Owen both have attained a star status following the defamation trial. This certainly rules out the possibility of the online theory that Johnny and Camille are an item.

Sources connected to Camille revealed that it was nothing more than fan fiction. Everyone on Depp’s team has gotten really close and it has become both a professional relationship and friendship.

The Spark Between Camille and Owen 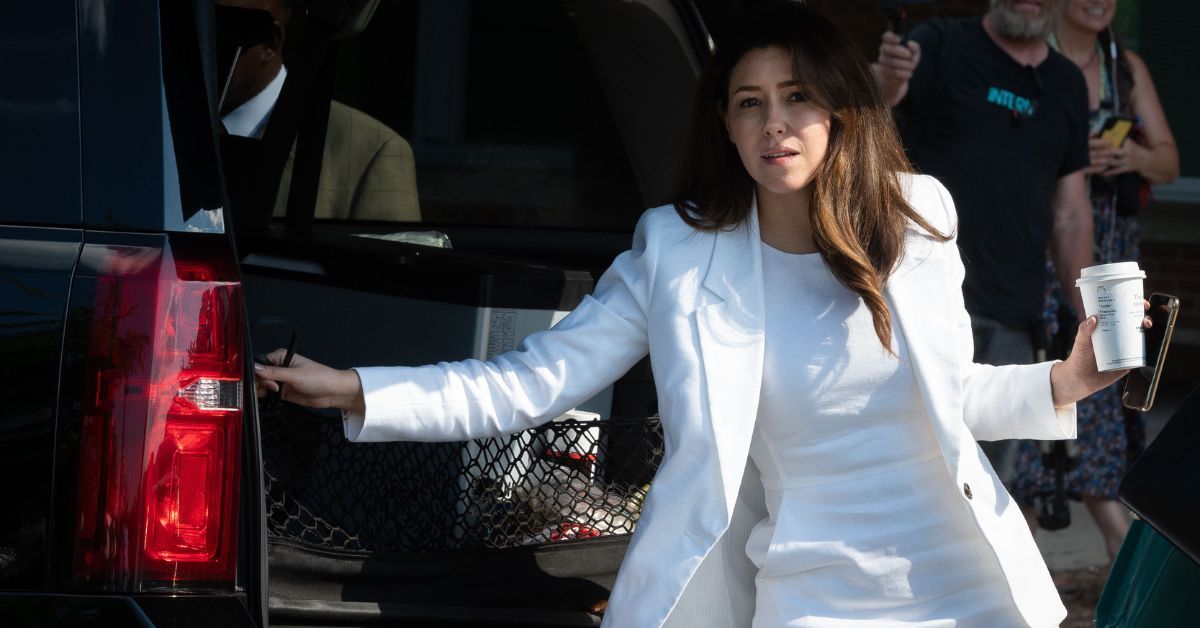 Edward Owen, a successful Cambridge-educated senior director at WeWork who is in charge of real estate for Europe, the Middle East and Asia, reportedly first met Vasquez in London in November. A source close to the couple stated, “It’s quite a new relationship, but Edward is smitten with her.”

The source added, “He has visited Camille in the US since this trial started and she plans to visit him in the UK as soon as the case is over. It’s long-distance and they’re both high flyers in their respective careers, but they’re hoping to make it work.”

As for the verdict in Johnny Depp Vs. Amber Heard, Amber Heard who has to pay $10.35 million in damages to Johnny Depp appears to be gearing up to file an appeal against the said verdict. In response to questions from the media over whether Heard is in a position to make these payments to Depp, her attorney, Elaine Charlson Bredehoft, answered, “Oh, no. Absolutely not.” Instead, Bredehoft states that Heard plans to appeal the ruling but did not mention her financial options if she is obligated to make payments in the meantime.

But that’s for later, meanwhile, Camille Vasquez wasn’t to return home and have a good time after this fierce 6-weeks trial. Johnny Depp’s team did a commendable job to bring forward the truth. What do you think?
Share
Facebook
Twitter
Pinterest
WhatsApp