Johnny Depp is getting his life back on track! The Pirates of the Caribbean star will be reuniting with his Hollywood Vampires band for their upcoming tour. Continue reading further to know more details about their tour. The 59-year-old actor is all set to embark on a new chapter in his life. He and the Hollywood Vampires will be heading to Europe in 2023. The concert dates of their tour have also been revealed.

For those of you who don’t know let us tell, Johnny is in the group with rock stars Joe Perry, Alice Cooper, and Tommy Henriksen. The tour will stretch across six dates in Germany in Luxembourg. It will kickstart with a bang next June at the Rudolf Weber Arena in Oberhausen, Germany, and will conclude on June 30 at Zitadelle in Mainz, Germany. Not long ago, Johnny was spotted out and about in public as he made a guest appearance at one of Jeff Beck’s shows. He rejoined Jeff for a string of shows in Europe.

What are the tour dates and when will the tickets go on sale?

The Hollywood Vampires took to their official Instagram page to share the dates of their upcoming tour with their fans all over the world. They posted a cool poster of all the band members with the dates of the tour placed below. Johnny also shared the same on his Instagram Story.

“The Hollywood Vampires are BACK!! We’re coming to Germany and Luxembourg Summer 2023! Tickets go on sale Monday 27 June at 11:00am CET. Keep an eye out for more to come…”, they captioned the post. 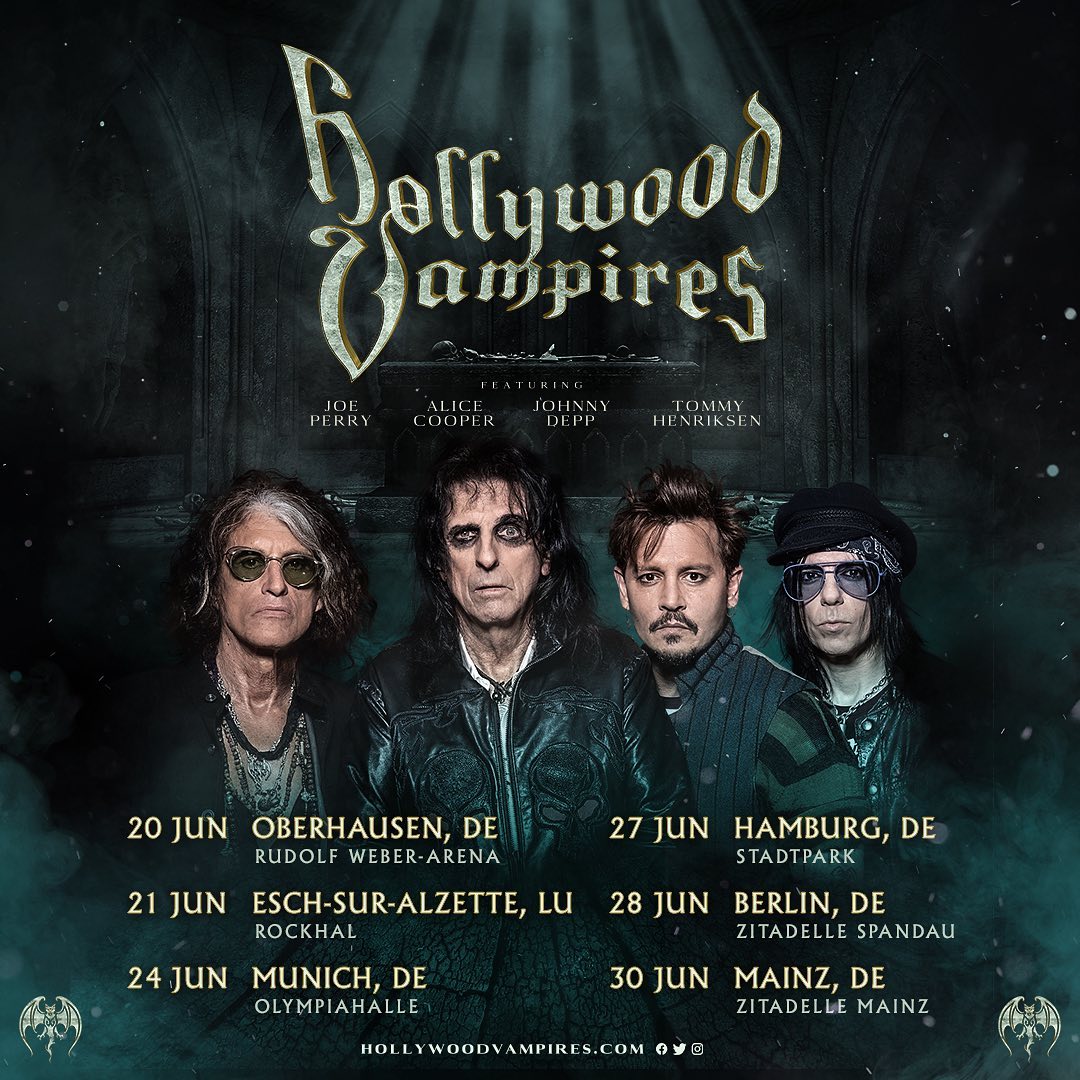 If you want to gain more details about the upcoming tour of the Hollywood Vampires, then you can go and check the official website of the band for more information.

The Hollywood Vampires canceled their tour in March 2021

Yes, you heard it right. In March of last year, the Hollywood Vampires had to cancel their tour due to the pandemic and the travel restrictions that came along with it. At that time, the band even issued a statement that read, “We are beyond disappointed to announce that the Hollywood Vampires must cancel our rescheduled U.K./European tour this summer.”

The band further added, “We kept trying to make it happen, but unfortunately due to the uncertainty of COVID-19 travel restrictions, it is just not possible. Thank you for understanding, and we WILL be back rocking with you once the world returns to normal!”

Are you excited about Johnny and the band’s forthcoming tour? Would you like to attend their concert? Kindly let us know your thoughts in the comments section below. Don’t forget to stay tuned with us for the latest updates from the world of showbiz.