Yes, they have done it again. It’s incredible how much love there is! It is speculated that John Cena, one of the most prominent American actors of the 21st century, tied the knot for the second time at Rosewood Hotel Georgia in Vancouver, Canada, with Shay Shariatzadeh.

On Friday, they were spotted rehearsing the wedding with their closest friends and staff members among their close friends. The couple married in Florida for the first time on October 12, 2020. At the downtown office of attorney Dilip Patel, the ceremony was held in an intimate setting. 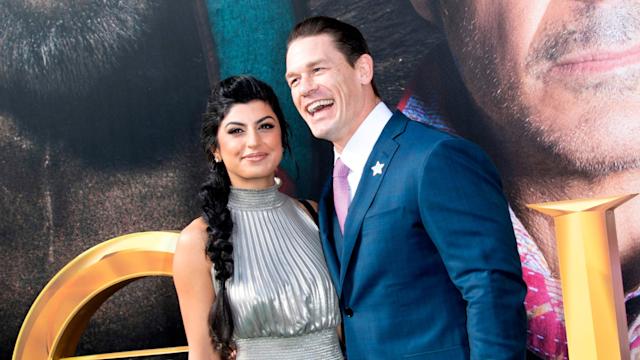 Social Media Platforms Are Abuzz With Photos Of The Couple 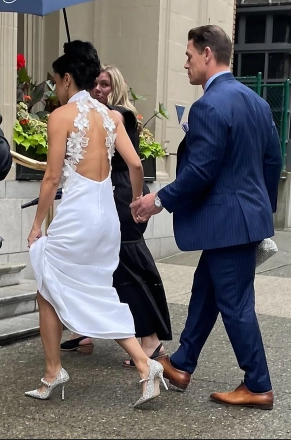 The two can be seen hurrying toward The Vancouver Club with their staff as they rush towards the scene. Social media platforms are ablaze with pictures of the couple, and fans are expressing their love for the couple again by congratulating them on taking their vows.

And as of now, this happy news has not been shared with the couple’s fans. Nevertheless, it is expected that the actual wedding will occur within a few days of the announcement of the wedding date.

It Is Cena’s Second Marriage In A Row

Cena has been married twice before. This is his second marriage. During his high school years, he was in love with Elizabeth Huberdeau, who became his first wife. Their wedding took place in July of 2009. The split between Cena and Huberdeau was finalised by July 2012, after Cena had filed for divorce from Huberdeau in May 2012.

Cena was also in a relationship with one of the former WWE stars, Nikki Bella. At WrestleMania 33, he proposed to her publicly for the first time.

When Cena was getting ready to shoot for his movie ‘Playing with Fire’, a few months after he split with Bella, he met Shariatzadeh.

When Cena Met Shariatzadeh, He Fell In Love At First Sight

Following reports, when John Cena laid his eyes on Shay Shariatzadeh, he fell in love with her. There was no question in his mind that the former WWE Champion would marry the Canadian native, with whom he had begun dating in the spring of 2019. On October 12, 2020, John Cena and Shay Shariatzadeh, who have been dating each other for over a year, got married in a private ceremony after dating for over a year. Shariatzadeh is an Iranian-born Canadian citizen and a graduate of the University of Vancouver. Her social media presence is deficient compared to Cena, who has been in the spotlight since the early 2000s and doesn’t have any public accounts on any social media sites.

In her now-deleted LinkedIn profile, Shariatzadeh says that she was a student at the University of British Columbia between 2008 and 2013 and holds a Bachelor’s Degree in Electrical and Electronics Engineering from the University of British Columbia she attended from 2008 to 2013. As of 2020, it was reported that the product manager worked for Sonatype, an enterprise software company, after working at Avigilon, a Motorola Solutions Company in Vancouver, for several years.

The feeling of getting married to the same person again is incredible. Is it a good idea for both of them to reaffirm their marriage vows? We’d love to hear from you.