The Lawrence and Cope families have welcomed a new member of the family, a baby girl! A big congratulations go out to Joey and Samantha!

They confirmed on Friday that they have just welcomed their first child, a baby girl, via their social media accounts. 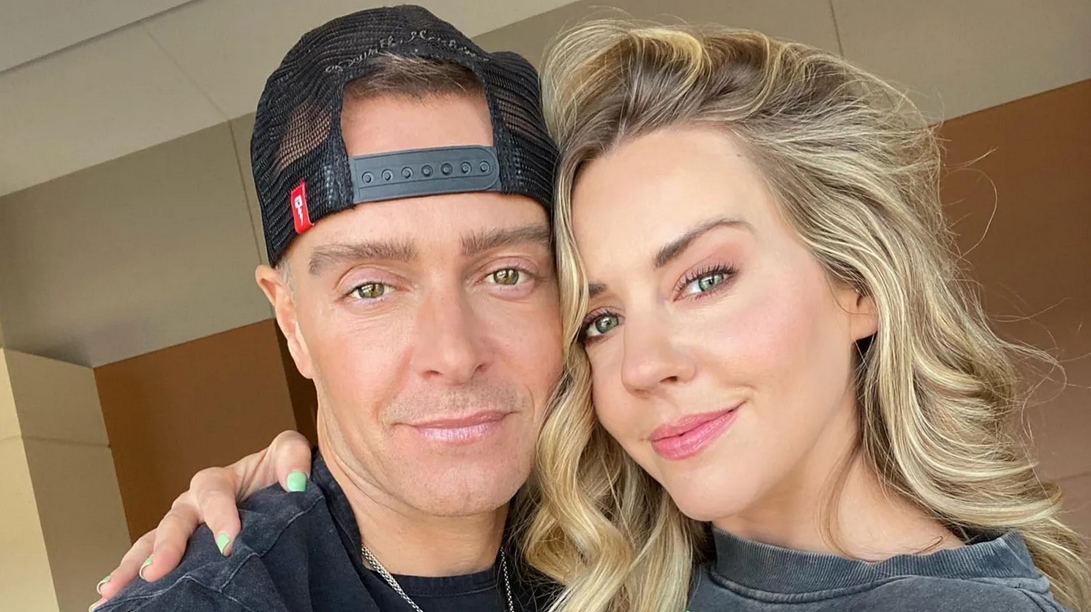 There Are Three Girls In Joey Lawrence’s Family Now, And He Is Now A Third Time Father

There are now three girls in Joey Lawrence’s family, and he is a proud father. In a first look at the baby girl they welcomed to their family, the 46-year-old actor and his wife Samantha Cope have revealed her name and shared their first photographs of her.

Earlier this week, on Monday, January 16, Joey Lawrence and Samantha Lawrence shared a collaborative Instagram post about their new baby, Dylan Rose Lawrence. The couple announced, “1.16.23 🕊️💗 ~ Dylan Rose Lawrence ~ Mom, Dad, and big sisters are all so smitten with you, sweet girl!”

In addition to the news that they had just welcomed a new member into their family, Joey and Samantha added, “We welcomed her into this world with the most amazing midwife, everyone is happy and healthy, and we are overjoyed with gratitude 🙏🏼🤍. Wow, what a beautiful journey. Thank you for all your continued love surrounding this beautiful new life! Stay tuned for baby spam xoxo.”

On the carousel of images, it can be seen that Joey and Samantha are holding Dylan, who is dressed in a white dress, as shown in the picture. There is also an elephant in pink that Joey is holding next to him. A little more than a year after tying the knot, Joey and Samantha announced they were expecting their first child. Furthermore, he has two eldest daughters, Charleston, 16, and Liberty, 12, who he shares with his ex-wife Chandie Yawn-Nelson.

At the Temecula Creek Inn in Temecula, California, Joey Lawrence and Samantha Cope celebrated their wedding in a beautiful ceremony that was intimate and personal. In addition to three of the bride’s brothers, Matthew Lawrence and Andrew Lawrence, his two youngest daughters, Charleston Lawrence, 15, and Liberty Lawrence, 12, were all in attendance at the event on Saturday, according to reports. 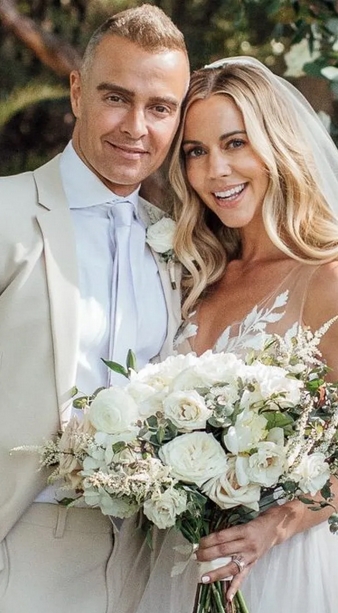 On the set of My Husband’s Secret Brother, a Lifetime Movie Network show, the groom and his 34-year-old bride first met, and ET found their connection instantaneously. Samantha and Joey got engaged in August of 2021, a year after he filed for divorce from Chandie Lawrence, his wife, and mother to his two children. In an interview with ET, the TV star talked about the impact the pandemic had on his relationship with his now-wife.

He said, “It’s crazy because we met at such a time. There was no wining and dining, I wasn’t even in an emotional place to do that, we were in COVID, there was nowhere to go. “We met and sort of grew and fell in love with each other, like, totally confined. So we didn’t even go anywhere. We went to see our first movie about three weeks ago.”

On February 16, 2022, the Superior Court of California County of Los Angeles approved Lawrence and Chandie’s divorce due to irreconcilable differences. As a result, both parties were re-established as singles. 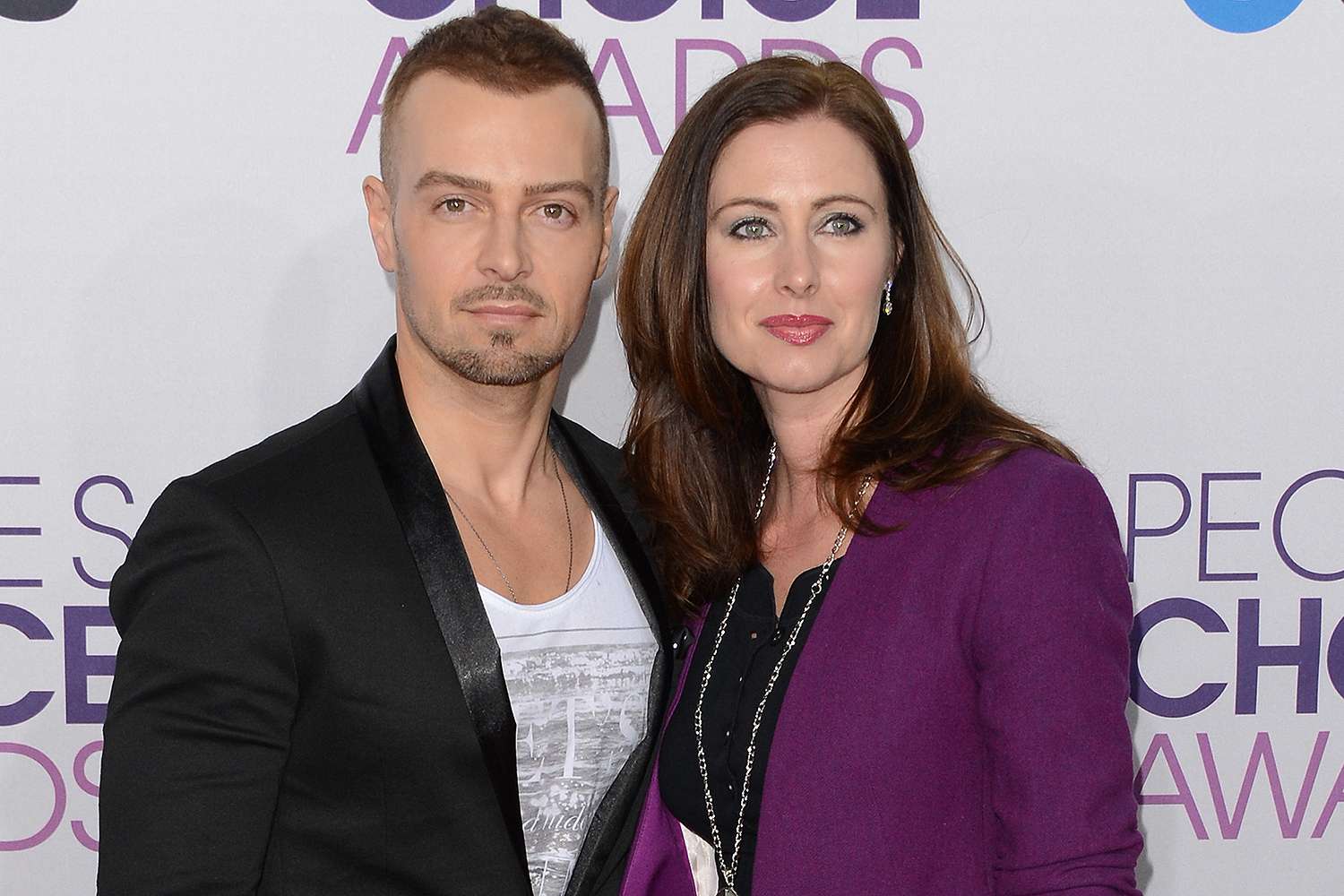 As with most celebrity divorce cases, the divorce proceedings were kept under wraps. However, both parties in the document waived a full evidentiary hearing, stating they entered into a private negotiation to resolve property rights, financial issues, and asset division.

There was a provision for child custody in a public stipulated judgment. The document states that the “Brotherly Love” star and his ex agreed to share legal custody of two minors, 15-year-old Charleston Tatum and 11-year-old Liberty Grace.

Due to the joint legal custody agreement, neither Lawrence nor Chandie can make unilateral decisions concerning matters such as school enrollment, extracurricular activities, non-emergency medical treatment, issuance of passports, or driving permits.

The couple now has a beautiful daughter to get their eyes on. Let’s wish them all the best in their parenting journey. Stay tuned with us for more such gossip from the showbiz world.