On Sunday, Jessica Chastain got the award for best female actor in a leading role at the SAG Awards 2022. She won the trophy for the film “The Eyes of Tammy Faye”. She essayed the role of Tammy Faye Bakker in the movie.

Apart from Jessica, Lady Gaga for ‘House of Gucci’, Jennifer Hudson for ‘Respect’, Nicole Kidman for ‘Being the Ricardos’, and Olivia Colman for ‘The Lost Daughter’ were also nominated in the same category. 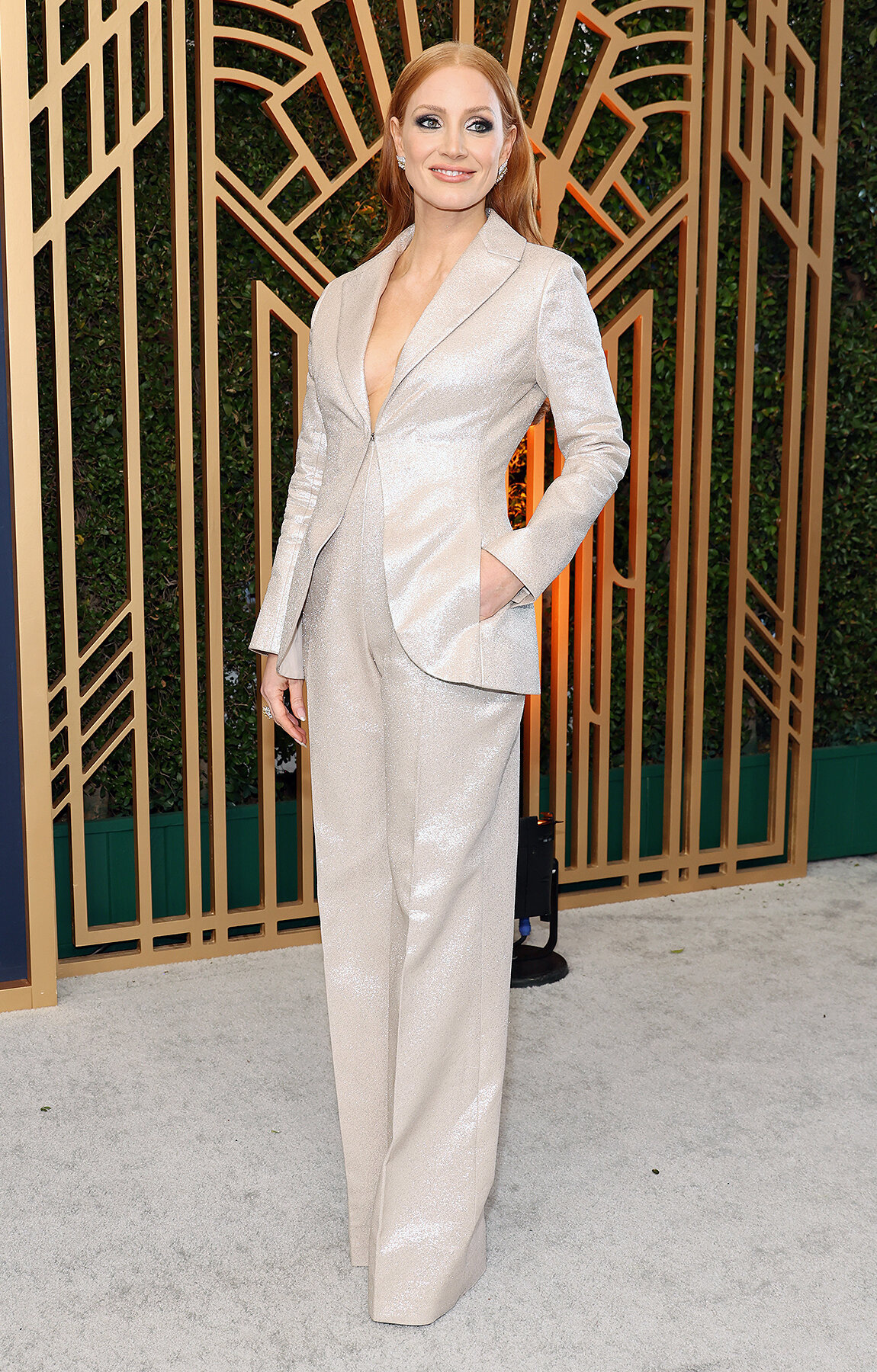 When we talk about her personal life, she is very happy. She got married to fashion executive Gian Luca Passi de Preposulo in 2017. The couple shares two kids. She has been doing well on both the personal and professional front.

What was Chastain’s reaction to receiving the award?

First of all the 44-year-old actress said, “I’m completely stunned,” and then she thanked all her co-stars. Jessica called them the “best acting troupe one could have.” She shared her thoughts about playing the character of televangelist Tammy Faye.

After that, she said, “It was a dream of mine to play Tammy Faye. She was a real trailblazer and she wrapped her arms around those who were repeatedly cast aside and she launched herself into decades of LGBTQ love. I worked on the project for 10 years and I hope we made her story the way she would be proud of.”

What was Jessica’s piece of advice for the aspiring actors?

She further added, “And so for those of you who are struggling and feeling unseen, I just want you to know to keep going because you’re one job away, I promise. And the thing that really kept me going was you, it was everyone in this room, and it was this community and I love my artistic family.”

In which movies have Jessica Chastain starred in before?

The star has also appeared in shows such as “Veronica Mars”, “Madagascar 3: Europe’s Most Wanted: Extras” and “Crimson Peak: HBO First Look”. Last year, she was also seen in “Scenes From a Marriage”. Chastain is mostly seen in films that have a feminist theme.

Does Jessica Chastain have a production house?

Yes, Chastain is also a film producer. She has a production company named ‘Freckle Films’, which was created by her to bring forward diversity in the movies. Right from the start, she has been very candid about expressing her thoughts. She has openly spoken on topics like gender equality, mental health, and racial equality.

To date, Jessica continues to amaze the audiences with her stunning performances. She continues to create magic on-screen. Let me tell you, this woman knows how to shine bright like a diamond.