Jeniffer Lawrence’s interview with Vogue at the Williamsburg Mini Golf Course was epic. The “Don’t Look Up” actress answered 73 rapid-fire questions over a rousing round of mini golf. From her favourite things to the most bizarre things about her to her favourite Robert De Niro story, Jennifer was an open book in this interview. And guess what? The lady has appeared on four covers for Vogue’s “125th Anniversary September Issue”. 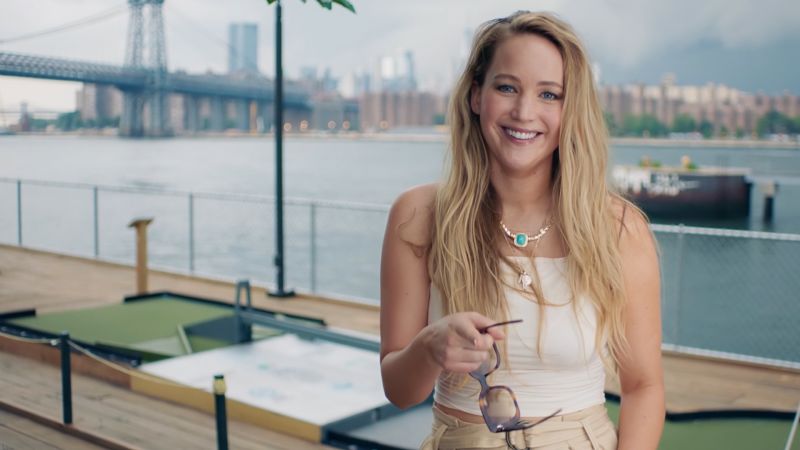 Happiness, Regret And That One Thing In Trailer

The decision to appear in a Vogue interview over a mini golf session sounds pretty creative. Although, when asked to rank her abilities to play golf on a scale of 1 to 10, Jennifer confidently said, one. The very first question of the rapid-fire round was all about what makes her happiest these days. To this, Jen replied, “My Family”.

When asked, “What have you done for the first time recently?” Lawrence mentioned, “Give birth”. If you’re not aware, Lawrence and her husband, art gallerist Cooke Maroney gave birth to a beautiful baby. The next question was, “10 years from now, what do you regret doing way too much? Jennifer replied, “Interviews”.

When asked about that one person from history, she could resurrect today, Jennifer Lawrence immediately took Chris Farley’s name. Now, that’s epic. The man did leave a legacy behind. When asked, “Who is the first person to leave you starstruck?” Jen stated, “The Verizon wireless guy”. She narrated that she was doing a commercial at the age of 16 in Canada and this guy brought her a birthday cake. Now, that’s very sweet of her to remember the unsung guy.

The interviewer asked, “What’s the one thing you always have in your trailer”, Jennifer Lawrence spontaneously responded, “A roRegardingrd to the other questions, Jennifer revealed that her favourite movie in the last five years is Hereditary, not to mention, “Father Of The Bride 2”, which is the movie she can’t get tired of. She also revealed that she’d like to do comedy one day.

Some Advice For New Yorkers… 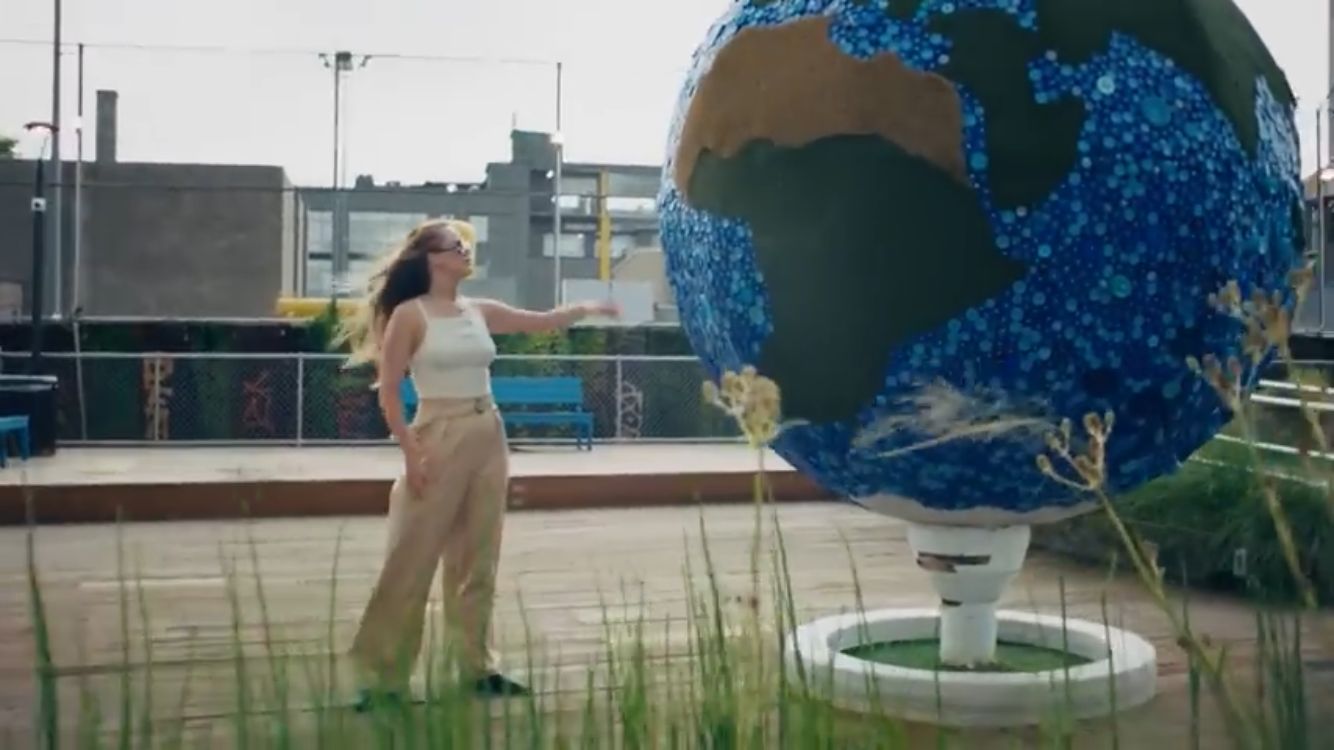 On a spring break trip with her mom, “The Garden Party” star ate an Applebee’s in Times Square, and that’s the reason why she lives here. When asked about the best part of living in the city, the 32-year-old actress mentioned it’s the energy that this city offers. She also recommended washing feet before entering a home if you’re new to the city. She even mocked that, if by chance, you come across Bethany Frankel, tell her she is not a chef.

When asked, “How do people become real New Yorkers?”, Jen said, “Either after 10 years or if you can talk trains.” On the question regarding, “If Los Angeles is better than New York,” Jen mentioned that Los Angeles is so much better. To live in New York, you have to be a real city rat. When asked about the craziest thing in New York, she mentioned seeing a rat about the size of a tabby cat. Imagine it walking carefree down the subway not afraid of anyone. Yea, that kind of rat. 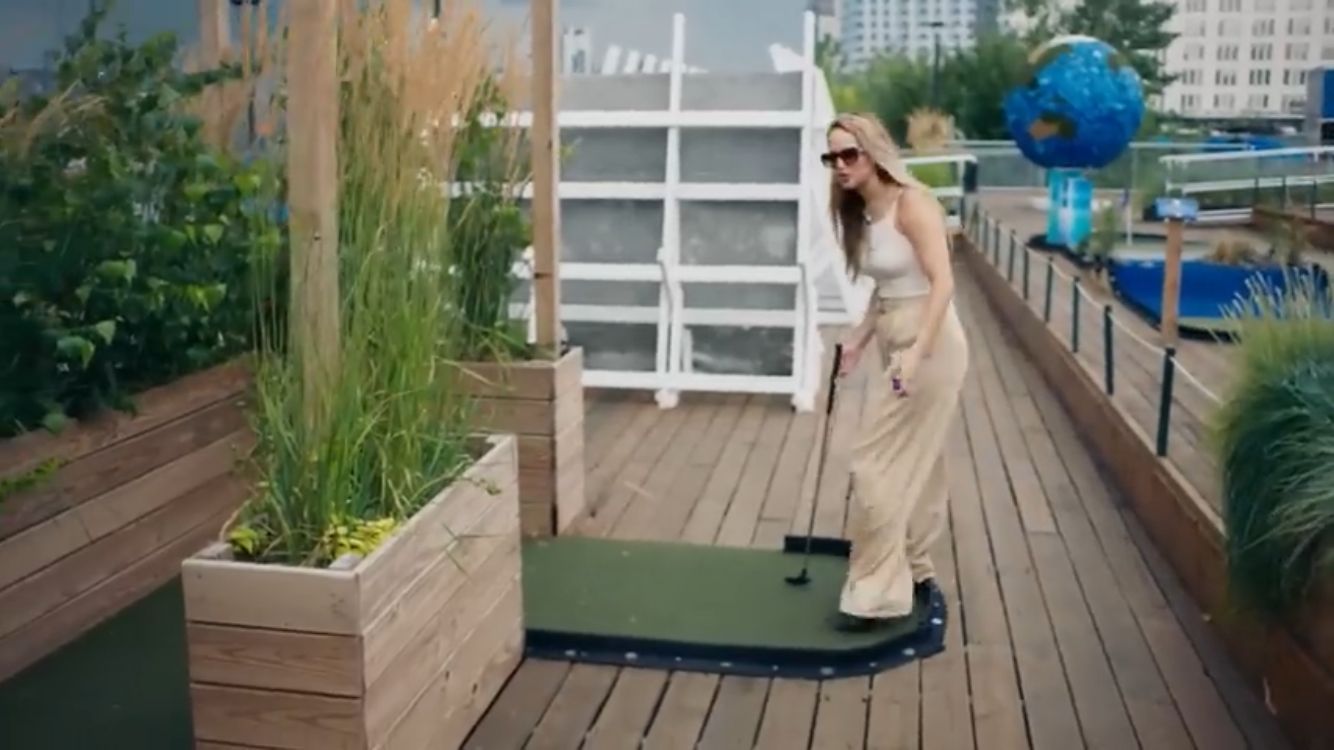 As they moved towards the next hole, Jen mentioned that she likes red wine. About his favourite dessert to pair with red wine, she replied that she isn’t a huge dessert person but she would prefer a sorbet. And guess what, Jen is a hardcore after-party person over a dinner party. When reminded of Oscar’s after-party, Jen confessed that she threw up.

Regarding the actor who is the most fun on the set, Jen replied that the most fun she’s ever had was with Josh and Liam from “Hunger Games”. Well, New York was awaiting a storm and Jen could hear some thunders as she moved on to answer other questions. When asked about the best quality in a director, Jen said, “kindness and openness”. Regarding a co-star, she mentioned the best quality is kindness and confidence.

The interviewer asked, “Who is the director, you’re really hoping to collaborate with? She replied, “Ari Aster, Leos Carax, the Cohen Brothers.” When asked if she’d like to direct one day, Jen replied, “Sure, Maybe, I don’t know.” When asked about which co-stars blew her away during any take, she mentioned Christian Bale’s name because according to Jen, he becomes a completely different person.

She continued, “I was obviously expecting him not to come, but he came, and I said, Bob, you really don’t have to be here. You can go home, and he was like, Thank you so much and he left.” When asked about the strangest thing a journalist has ever asked her, she mentioned that not in terms of a question, but when she was in China, she was told that her nickname there translates to a big elderly cousin. When asked about reading the most bizarre thing she’s ever read about herself, Jen replied that she once read somewhere that she f***** Harvey Weinstein. About learning from working in seven back-to-back films, Jen said, “I guess endurance.”

As for her favourite memories on set, she revealed that Chris Patt one time told her a story on the set of “Passengers” that involved the word cut, so she couldn’t make it through the entire scene. As the interview went by with more questions pouring in, by now, Jen has finally hit the ball in one hole. You can watch Jennifer Lawrence’s complete Vogue interview here.