Jennifer Hudson has officially reached the EGOT Status! The Respect star recently earned her first Tony Award on Sunday for A Strange Loop, which she co-produced, cementing her EGOT status. Continue reading to know more about Jennifer’s big win at the Tony Awards 2022. The 2022 Tony Awards aired live from Radio City Music Hall in New York City on CBS and Paramount+. Ariana DeBose hosted the award show who won an Oscar earlier this year for the latest film adaptation of the beloved stage musical West Side Story.

Hudson nabbed her first of the big four awards, an Oscar, for her role in 2007’s  Dreamgirls. She is a two-time Grammy winner, she bagged her first one for her 2009 self-titled album. The American Idol alum went on to score a Daytime Emmy last year, for the animated short Baba Yaga, which she co-produced and lent her voice to. As for her Tony win this year, A Strange Loop went up against the likes of Girl From the North Country, MJ The Musical, Mr. Saturday Night, Paradise Square, and SIX: The Musical in the Best Musical category.

What did Jennifer have to say when she was asked about her plans to achieve EGOT status? 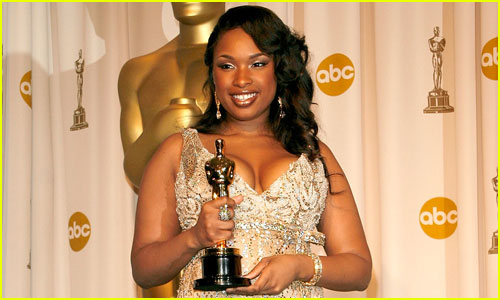 The Sex and the City star further added, “So I think I should get some dogs and name them Emmy and Tony — and it’ll give me good luck, and I’ll win. [They’re] like my good luck charms.”

Jennifer Hudson is the fifth woman to reach the EGOT status

Jennifer has now joined 16 other entertainers who have also reached EGOT status. She is also the fifth woman to reach EGOT status, behind Whoopi, Rita Moreno, Audrey Hepburn, and Helen Hayes. Hudson is the second Black woman to win all four major awards, behind Whoopi Goldberg, and the third Black person, after The View host Whoopi and the All of Me singer John Legend.

We send our heartiest congrats to Jennifer Hudson on reaching the EGOT Status. Don’t forget to stay tuned with us for the latest updates from the world of showbiz.