Baby Jackie arrived at 1:12 A.M weighing 7 lbs, 10.01 oz. Liley and Wayne already have three kids, Kayden who is 5 years old and Jeffrey who is 3, who was adopted by them through foster care in 2019 and 2020 and their daughter Julie who is almost 3 years old now.

“This was a surprise pregnancy during new Covid variants and ramp-ups. I hadn’t taken any prenatal vitamins, I was under a lot of stress, and with my history of miscarriages, I had to trust that God would indeed protect and empower her through the pregnancy and that was absolutely true for the insane delivery!” 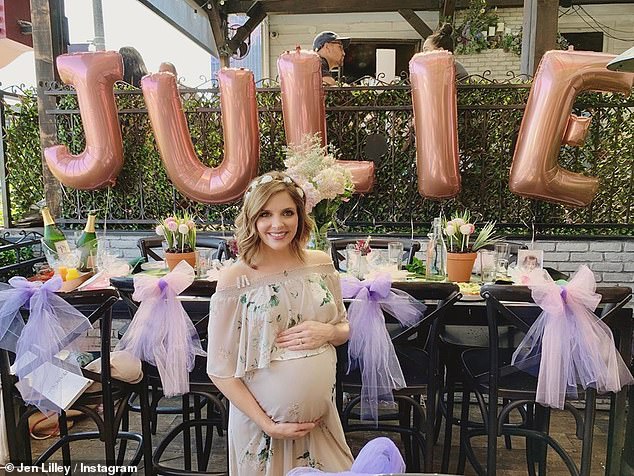 While narrating her experience Lilly even shared that “I had no idea if I was really in labour. I had Jackie 7 minutes after pulling up to the ER. If I hadn’t left when I did, I would have had her in the car, and I’m not sure she would have survived.”

“The midwife told the nurses, ‘Get her pants off!’ And I was thinking, why is everyone thinking this baby is coming right now?” she added.

The Couple’s Foster to Adopt Journey

Lilly has been an advocate for foster care children for a long time and has even lobbied in Congress for reforms in foster care. Her kids Kayden, and Jeffrey were adopted by the couple from foster care.

Lilly even shared how her parents would act as foster parents to children who were going through difficult times within her family, so the idea of having someone from outside the family unit was not scary to her. So that is where her empathy for foster care was borne.

Breaking of the Pregnancy News

The A Little Daytime Drama actress revealed her news of the pregnancy in October. it was a month later when she shared on her Instagram that she would be having a baby girl.

“Julie was planned, but this was definitely a surprise,” Lilley shared, while she was on her way to Canada to shoot her recent TV movie Royally Wrapped for Christmas when she felt a change in her body.

She even shared how”I felt very pregnant and I thought, ‘This is very weird.’ I was excited, but also it was so strange. I was in this long customs line in Canada waiting for my work permit, and I’m texting my husband and our nanny via group text, ‘I think I’m pregnant right now?’ “

“It took a long time to comprehend it,” she explained. “I waited until I was back [from filming] and had a doctor’s appointment to verify it because I just kept thinking, ‘I need a blood test.’ “

Since Lilly broke the news of her pregnancy, she has been keeping the fans engaged in her journey through her Instagram updates and we love to see the adorable #bumpdates pictures.

Now as baby Jackie has entered the world the fans and followers are curious and waiting for newer updates on the journey they will take as parents with this new baby girl, as we have indeed enjoyed the posts on their other children’s life updates.