James Kennedy put all rumors to an end and went Instagram Official with his new mystery girlfriend, Ally Lewber. Kenny, who is most popular for being on Vanderpump Rules Season 3 in 2015, posted a series of pictures on his Instagram with the caption ‘Only the most magical trip I’ve ever experienced in my entire life, here’s a little slide show of today’s adventure…. Share the love people! and the positivity! cause life’s too short 😉🌊✨🌙’ (sic).

Kennedy, who is 30-years old posed for the pictures with his girlfriend at Centos Casa Tortuga Tulum. In one picture, the couple lovingly looked at each other while in the next, Kennedy was seen going in for a kiss. The series of pictures also included them holding hands and locking lips, hinting that they are happily in love.

A source revealed that ‘James met Ally recently and they have been dating for a few months now. He’s super happy and excited to see what the future holds.’

Hints Of A Blooming Romance

Although this is the first time that the DJ came out in the open about his relationship, he had hinted about it back in January. He had posted a video of holding hands with a mystery lady, sparking rumors of being in a relationship.

After one month, he posted another video of himself giving his lady love a peck on the cheek in Las Vegas. It is difficult to tell whether that is the same lady we see in the recent pictures, but it is evident that he is smitten by his girlfriend.

He called Off Engagement To Leviss

Kenny was engaged to Raquel Leviss earlier. Their engagement was shown throughout the most recent season of Vanderpump Rules. However, they announced a joint breakup in 2021 after wrapping up the filming of the Season 9 reunion. 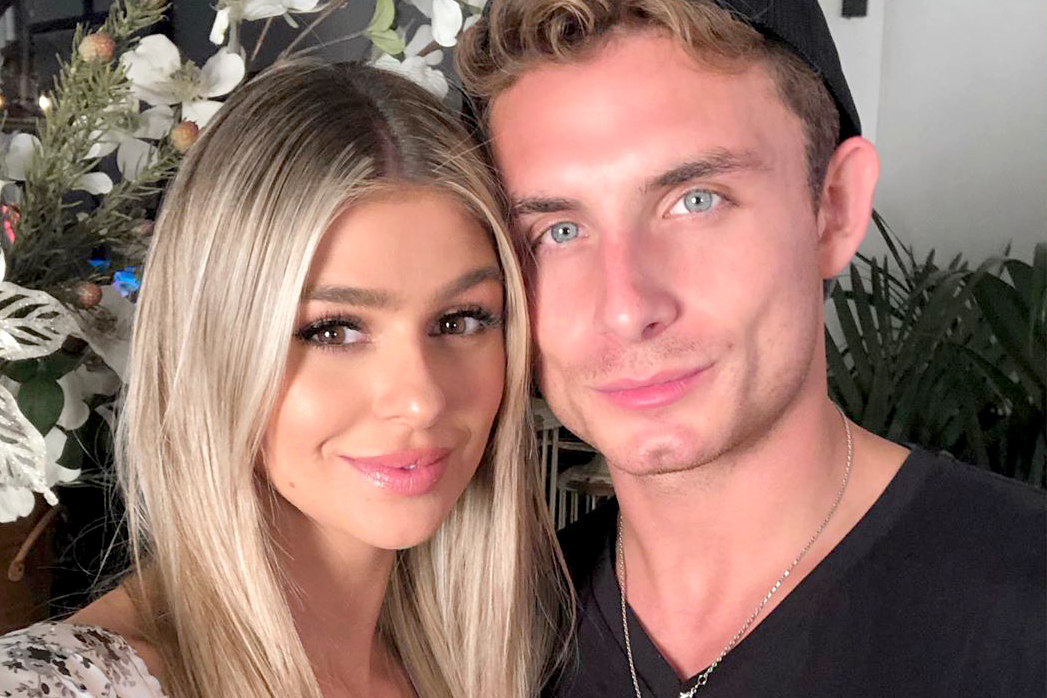 This came as a shock to all other participants as well as the fans. A tearful Leviss said, ‘The happiest moments of my life have been with James’. But it all went downhill after Kenny sent a bunch of rage texts to Leviss calling her names like ‘slut’ and a ‘whore’.

Although both of them went to admit that they were indeed in love at the beginning of the relationship and engagement, but ultimately it fizzled out. Throughout the reunion, the couple continued to discuss the split. Leviss even went ahead and returned Kenny’s engagement ring back.

A teary-eyed costar, Tom Sandoval added ‘I can’t believe how mature and rational you guys are going about this considering everything you’ve been through’.

Leviss seems to be living and enjoying the single life in Las Angeles. She regularly posts content about her work outs with her dog on social media. She even hosted an un-engagement party and was spotted shopping on the Rodeo Drive. Fans are excited to see that Kenny has moved on and found himself a new love interest. Although not a lot about the couple is public yet, fans anxiously wait for them to upload more of each other.