The Kissing Booth 2 star Jacob Elordi is back in the dating game. At the moment, he is reportedly dating Olivia Jade Giannulli. Continue reading to catch deep insights into their relationship. The Euphoria star is officially dating Olivia Jade Giannulli after months of romance rumors. These two sparked dating rumors in December of 2021 when they were photographed grabbing coffee together in Los Angeles.

At that time, a close source told Us, “They both got out of relationships recently, so they’re not rushing into anything serious.” Jacob called it quits with her model girlfriend Kaia Gerber a month prior, on the other hand, the social media influencer split with on-off boyfriend Jackson Guthy in August 2021. 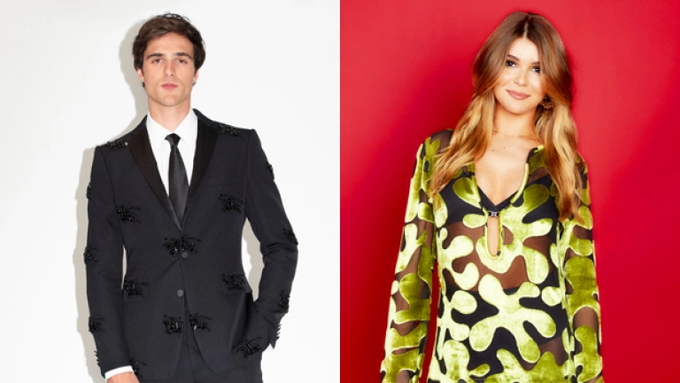 The insider further spilled the beans on the whirlwind romance of Jacob and Olivia and added, “So far it’s going well and there’s sparks between them.”

Earlier this month, these two lovebirds were snapped in public at a park in Los Angeles with their dogs. They were seen sharing a laugh and smiling at each other while walking their dogs and they also played with their fur babies.

During an interview with Vogue in June 2021, the daughter of Cindy Crawford and Randy Gerber could not stop gushing over her then-boyfriend Jacob. She said, “Being able to be with someone I trust, where we don’t want anything from each other, having a safe, steady relationship like that, has really opened my eyes to the possibilities of love and what it feels like to love without conditions.” Gerber continued, “Lust is touching other people or wanting them, but love is really seeing someone.” The pair decided to go their separate ways nearly five months later. Since then, Kaia has moved on in her life, and right now she is dating Elvis star, Austin Butler. The pair made their red carpet debut as a couple at the 2022 Met Gala earlier this month.

When we talk about Giannulli’s love life, she dated a guy named Tyler Greenwald for a total of 2 years before the former couple ended their relationship in the year 2018. After that, she dated Guthy on and off for a few years.

The Dancing With the Stars season 22 alum and the musician first broke up in May of 2019. They reunited in August and then two years later, they split up briefly but in late October 2021, we heard about their reconciliation rumors. Around the time, she cleared the air about her dating rumors with DWTS dance pro Val Chmerkovskiy. The social media star shared an update on the same on TikTok saying, “I’m just going to be super blunt and straight up, and just say that Val and I are not hooking up. We’ve never hooked up. This is a complete rumor; we are genuinely good friends and I adore his wife [Jenna Johnson].”

We must say that Jacob Elordi and Olivia Jade Giannulli make a gorgeous couple. Don’t forget to stay tuned with us for the latest updates from the world of showbiz.