Jack Gleeson from the Game of Thrones recently married his long-time girlfriend Róisín O’Mahony in an intimate ceremony. The ceremony took place in Co Kerry. 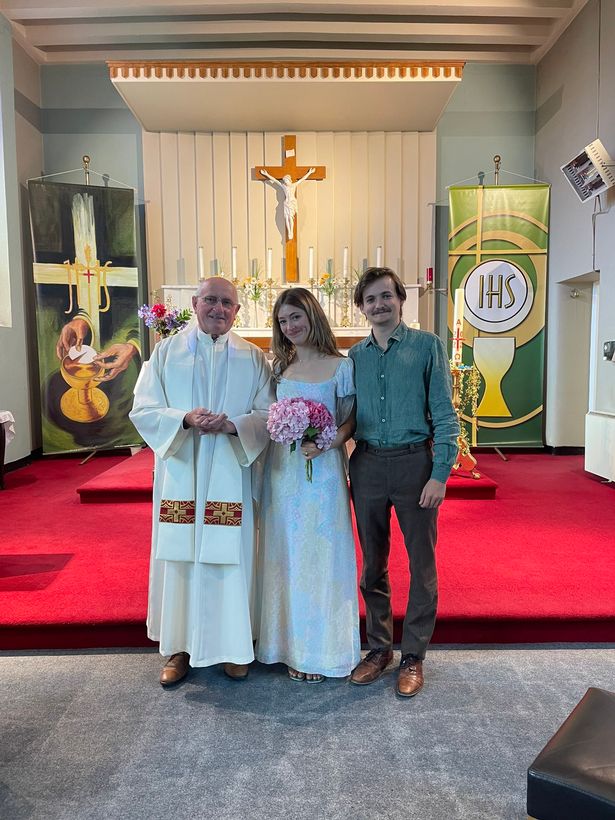 Jack Gleeson is an Irish actor who is best known for the role of Joffrey Baratheon on HBO’s Game of Thrones. After the role, he took a hiatus from acting. Instead, he went into the independent theater. In 2020, he also did the BBC miniseries called Out Of Her Mind.

The actor was born in Cork and spent the next many years growing up in Dublin. He went to Trinity College in Dublin where he studied philosophy and theology. He was also made a scholar at the same university. It was during this time that he took a hiatus from acting on screen.

But, he is back now! Jack Gleeson will be next seen in Netflix’s In The Land of Saints and Sinners. Fans are excited to see him in a new avatar after all this time! The movie packs a talented bunch with the likes of Liam Neeson, Kerry Condon, Colm Meaney, and Ciarán Hinds in it.

The priest shared the good news with the world through Twitter. The Parish priest Fr Patsy Lynch was present at the ceremony. He said that it was a “wonderful” function and that the couple was very relaxed and laid-back during the nuptials.

His long-time girlfriend, and now wife, is also an actress. She is a UK-based actress and comedian Roisin O’Mahony.

He also shared a sweet picture of the newly married couple and wrote “Very simple, prayerful and dignified marriage ceremony for Film Celebrity Jason Gleeson and Roisin: The Glen Church.”

Most couples go all out at their weddings with the best locations and expensive clothes, but Gleeson and his wife did not want that. Although he could probably afford the extravagant wedding, the couple chose a much more mellow and laid-back style for their wedding, which surprised many.

The beautiful bride went with an elegant A-line pastel-colored dress that had capped leaves. The groom wore a green-colored linen shirt along with a pair of grey trousers and brown shoes. 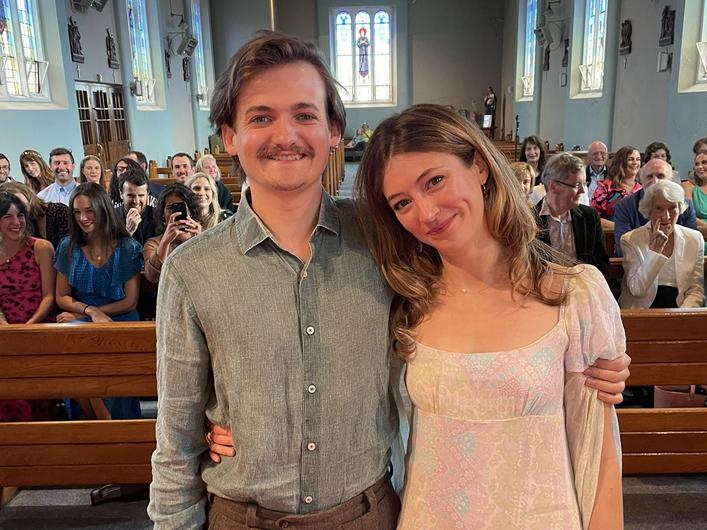 Speaking to a news outlet, the pastor said that he believed that this was a pre-wedding ceremony that took place ahead of the second occasion planned in England. The upcoming ceremony will take place in a couple of weeks.

The reason for this ceremony to take place here might be that “the family have been holidaying down here in Ballinskelligs, The Glen, for many years and they have so many happy memories here.”

The priest had known the family for a few years and he had nothing but good things to say, especially about Jack Gleeson. He mentioned that “We had a lovely, prayerful, dignified wedding ceremony. Jack texted me this morning to say that it was such a wonderful, moving ceremony and afterwards they went for a meal.”

Congratulatory messages and good wishes for the new couple poured in from all parts of the world. Many fans’ hearts were left broken too, but it seems like Jack Gleeson and Roisin O’Mahony have found their soulmates in each other.