Is TikTok Shutting Down in 2022? Latest Update on Rumors

You might have recently seen a few social media posts and memes hinting at TikTok shutting down or getting banned worldwide. But, is TikTok actually shutting down in the US, UK, and the world? Or, if everything is just a hoax? Find the truth here. 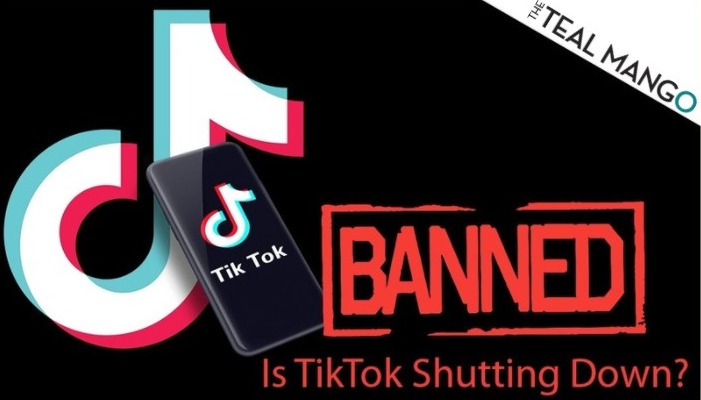 TikTok, owned by the Chinese Internet Technology firm ByteDance, is known to face backlash every now and then over inappropriate content, and security concerns. TikTok is even banned in several countries due to different reasons which we’ll discuss here as well.

The US also made attempts to ban TikTok under Trump’s presidency. To this, TikTok retaliated by filing a lawsuit. After that, three TikTok Influencers also filed a lawsuit against Trump. The case underwent, and when Biden took over the presidency, he lifted the ban on Bytedance’s TikTok.

Now, a lot of memes, tweets, and social media posts are getting viral, and this is creating panic amongst the fans. Let’s find out and fact-check these to see if TikTok is actually shutting down in 2022.

If you want a short answer to this question, then NO, TikTok is not shutting down in 2022, 2023, or any time soon. In fact, there is no official update regarding the shutting down of the short video platform from ByteDance or any other credible sources.

There have been various social media posts that are claiming that TikTok is getting shut down, or banned.

However, all of them are baseless and hold no truth. Some of them are just pranks that users are making to troll TikTok users.

Every now and then, we hear rumors about TikTok shutting down, but every time they are proven to be false. This year in May also, a viral TikTok created panic among TikTok users about the app getting closed. However, towards the end of that video, the creator “theblondejon” clearly said that “Share this to your friends to scare them. Just kidding, TikTok isn’t getting shut down!” 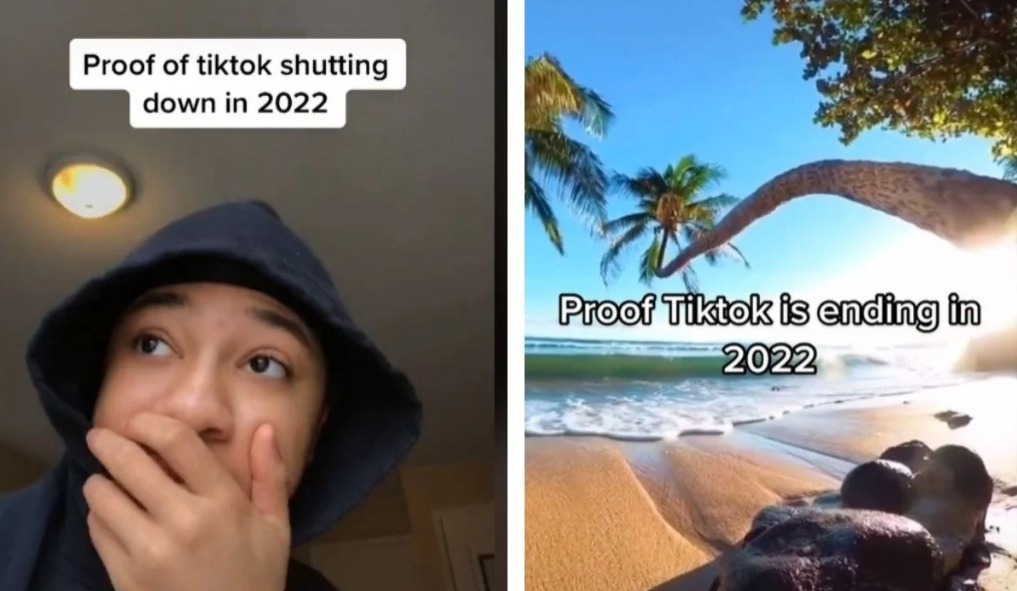 So, yes, TikTok is here to stay. It is not shutting down. You can use it without worrying about its closure. If you are a creator, you can continue to create TikToks passionately.

Why are their viral memes pointing to TikTok shutting down?

Just like we mentioned, people regularly tend to have fun with TikTok users by telling them that it is shutting down. This is because TikTok has a brief history of facing backlash from the governments as well as the masses. There have been various attempts to ban it.

It is even banned in several countries like India, Pakistan, etc. Thus, innocent users always fall for the rumors that TikTok will be banned. However, in reality, they are just baseless and created to have fun.

Recently, there have been viral TikToks joking about the app possibly getting closed in 2022. In these videos, multiple users are pointing in the direction of Jesus Christ implying that Armageddon is on the cards and TikTok users should repent now. 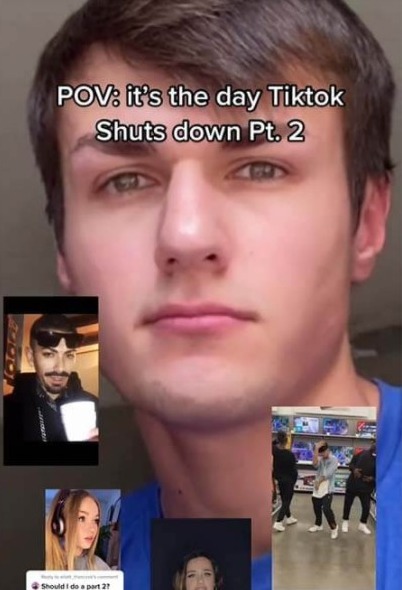 Here is an example of the TikTok video. These are created just to float on the rumors and get more views. Nothing mentioned in them is true.

Countries where TikTok is still banned

There are several countries that have banned TikTok due to obscene and immoral content over the platform as well as security concerns as TikTok is owned by a Chinese firm. Some of them have lifted the ban now while others haven’t revoked the ban yet.

The biggest market where TikTok is still banned is India. TikTok had over 610 million active users when the Indian Government banned TikTok along with 59 other Chinese apps in June 2020 over security concerns amidst India vs China border tension. 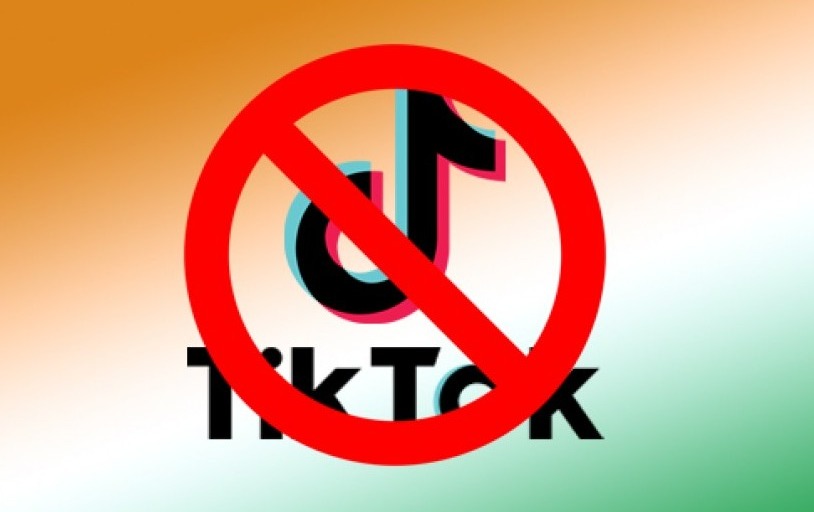 After which, ByteDance shut down operations in India by January 2021 and laid off more than 2,000 employees. Despite various attempts from the company, the ban is still intact and Indian users cannot access TikTok.

In October 2020, Pakistan also banned TikTok. The reason was that the short video platform did not comply with the issues regarding the content on the platform as noticed by the Government. The ban is still in place and ByteDance is trying hard to get it revoked.

Indonesia and Bangladesh have also banned TikTok temporarily in 2018. While Indonesia had lifted the ban in the same year, Bangladesh still has it imposed in 2021.

Ban on TikTok in the US in Trump’s Presidency

The then US President Donald Trump signed an order for ByteDance to sell its business in the US or it’ll be banned in August 2020. After that, Trump gave ByteDance 90 days to fulfill that. The Trump Government did this as it considered TikKTok a threat to national security. 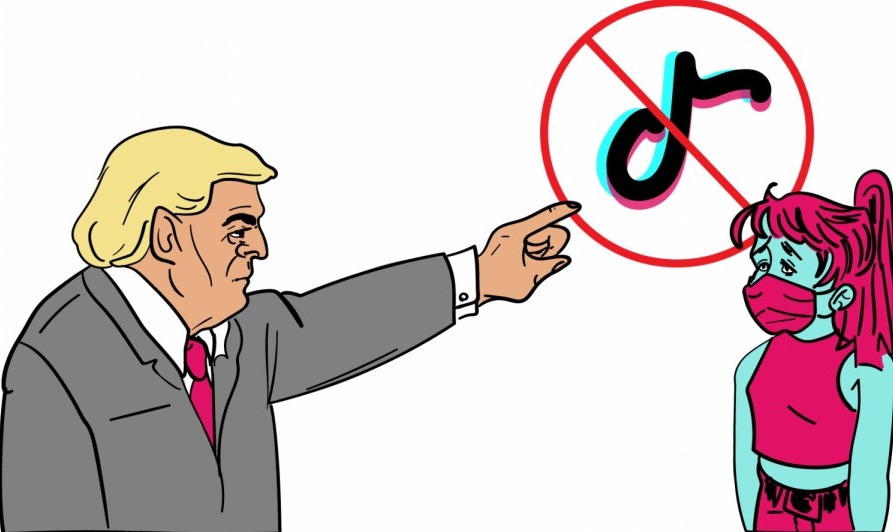 After this, TikTok fought a lawsuit against Trump in which it had the lead, and also considered selling its business to  Oracle, Walmart, and Microsoft.

However, when Joe Biden became the President of the United States, he signed an executive order to revoke the Trump Govt.’s ban on TikTok. He instead orders the investigation to determine if it actually poses a threat to US National Security.

No, there are no plans anywhere to ban TikTok. Also, ByteDance definitely has no plans to shut it down. ByteDance is looking to only expand their business by recently launching the “Creator Next on TikTok” which is aimed at helping the TikTok creators to monetize their videos and earn money.

Various countries like the UK, Ireland, Italy, etc are running investigations to determine if TikTok poses any threat to national security. However, TikTok looks clean as there is no evidence of it sharing user data with the Chinese government.

Some other countries like Pakistan, Bangladesh, and the countries in the Middle East have concerns that TikTok is deteriorating their culture. In its response, TikTok is regularly trying its best to keep the platform as clean as it can. 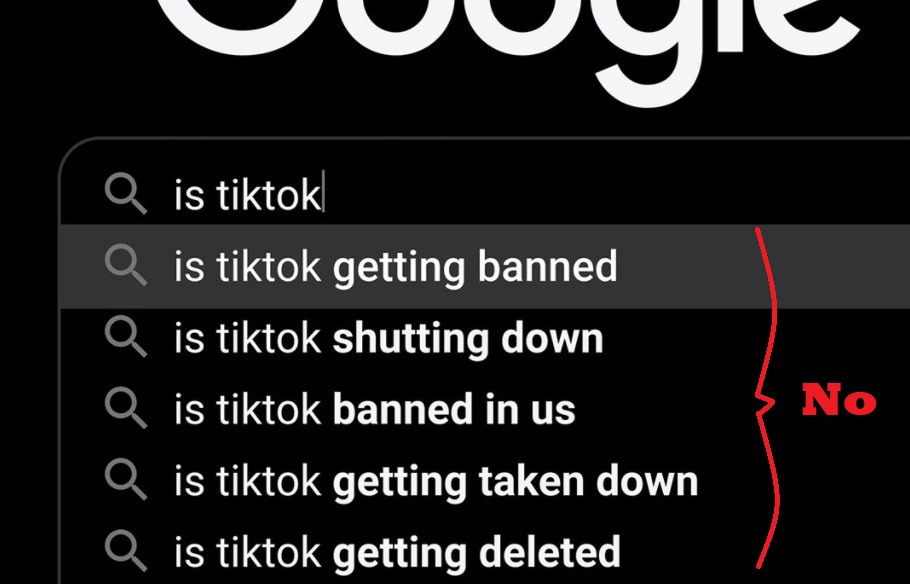 Therefore, we don’t believe that TikTok is going away anytime soon. TikTok has over 1 billion monthly active users, and this number is only going to increase. As a TikTok creator or user, you don’t have to worry about its closure.