Is ‘The Breakfast Club’ Officially Over? Here’s What We Know

It seems like the radio talk show The Breakfast Club has officially come to an end. Not long ago, the co-host of the show, Angela Yee put out a tweet that was enough to send fans into a frenzy.

The Breakfast Club is officially over. Continue reading further to figure out the main reason behind the end of the popular radio show. On Tuesday, The Breakfast Club co-host Angela Yee posted something on the social media platform Twitter that sent shockwaves across social media. With the tweet, she cleared the doubts of the fans about the future of the hit radio show, and let us tell you it’s bad news.

Recently, Angela tweeted, “The breakfast club as you know it is officially over,” on the micro-blogging platform Twitter. For those of you who are unaware, let us share with you that the hit Power 105.1 FM morning show airs on more than 100 stations nationwide. As per Nielsen data, it garners the attention of over 8 million listeners each month. Since the time, the 46-year-old put out the cryptic tweet, she has not given any explanation behind the end of the popular talk show, The Breakfast Club. Nearly 15 minutes before this tweet, she made another tweet, that read, “GOD is good!”

As of now, other co-hosts of the talk show, Charlamagne Tha God and DJ Envy have not made any official comment on the end of The Breakfast Club.

The show was inducted into the Radio Hall of Fame in August of 2020. Then, Angela took to her Instagram and wrote, “What an accomplishment! … And for everyone who listens to us in the morning and is part of our family, thank you so much for this honor!”

Charlamagne said, “All Praises and Glory Due To God and sincere Thanks and Gratitude to everyone who listens to us on the radio, via podcast, YouTube, however, you consume your breakfast, THANK YOU for being a part of our club.” Netizens react to Angela’s tweet about ‘The Breakfast Club’

One user wrote, “We lived through the rise and fall of The Breakfast Club yall.” Another user tweeted, “Nah we not gonna act like the Breakfast club didnt deliver some of the most iconice pop culture moments in the last decade.”

Followed by a user who penned, “The Breakfast Club has been the biggest staple in hip-hop media since 106 and Park. It’s honestly the last media outlet where an artist feels like they “made it” when they arrive“ 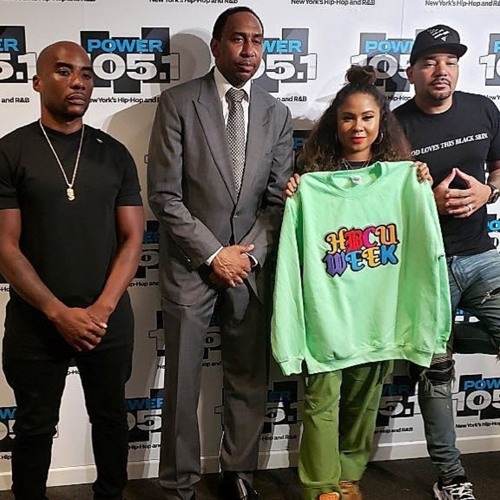 A user went on to say, “You know some shady shit went down with the breakfast club because there’s no other reason why someone would randomly tweet that out.”