It seems like we have a new couple in town! As per a report by Us Weekly, Selena Gomez is dating The Chainsmokers’ Drew Taggart. We are happy for the two of them and we must say they make for a cute couple.

When we put some light on Selena’s dating history, in the past, the Look at her Now singer has been romantically linked to many musicians including Justin Bieber, Nick Jonas, Charlie Puth, and The Weeknd. And now, she is reportedly dating Drew Taggart. Keep scrolling further to know more about the whirlwind romance of Selena and Drew. The answer to the above question is a big yes. At the moment, the Love You Like a Love Song songstress is reportedly dating The Chainsmokers’ musician Drew Taggart.

According to a new report by Us Weekly, an insider has told the media outlet, “They aren’t trying to hide their romance by sneaking around at members only clubs.” The source went on to reveal that Selena and Drew’s romance is “very casual and low-key.” The source further added that the Only Murders in the Building star and the Closer hitmaker go bowling and watch movies when they are spending time together. The insider also mentioned that Gomez is very affectionate towards Drew and she can hardly keep her hands off him.

Prior to sparking a romance with Selena Gomez, The Chainsmokers musician dated Steve Jobs’ youngest daughter, Eve Jobs. It has been reported by Us Weekly, that the model and the EDM artist’s romance started as a casual summer fling.

In September 2022, the insider told the publication, that the two of them had grown closer throughout the summer. However, the pair’s romance fizzled out before he started seeing the former Disney channel star. As per a report by Us Weekly, Drew and Eve’s split was totally amicable. The former flames are still friends who are both “very mature and cool about going [their] separate ways.”

Before Eve, Taggart was romantically linked to Meredith Mickelson and Haley Rowe. In March 2021, it was revealed that he and Chantel Jeffries called it quits after a year of dating. Then, the Grammy winner’s rep told the media outlet, “It was an amicable breakup, and they remain friends.”

On the other hand, when we talk about the romantic history of Selena Gomez, back in the day, she had a high-profile romance with the Love Yourself singer Justin Bieber. The former couple dated on and off since the year 2011 till their final breakup in 2018.

Soon after, the Wizards of Waverly Place alum was linked to Zedd, Niall Horan, Charlie Puth, and The Weeknd amongst many others. In the last few years, she has remained quiet about her relationships. 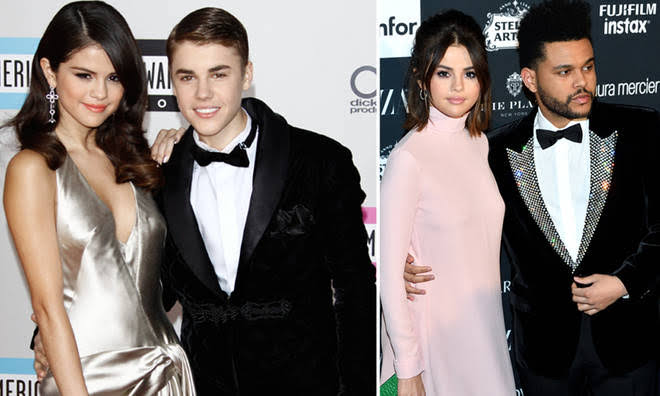 Do you ship Selena Gomez and Drew Taggart as a couple? Kindly let us know your thoughts on the pair in the comments section below. Don’t forget to stay tuned with us for the latest updates from the world of showbiz.