It seems like Hollywood actor and standup comedian Pete Davidson’s love life is all things complicated! Not long ago, the former Saturday Night Live comedian and Chase Sui Wonders were clicked by the paps.

Pete Davidson and his Bodies Bodies Bodies co-star Chase Sui Wonders were recently snapped again while shopping at Whole Foods in Brooklyn, New York City, on December 17, 2022. Read on to catch deep insights about the latest outing of the pair. On Saturday night, December 17, 2022, the King of Staten Island actor and the Out of the Blue star were spotted out and about in public together. Pete and Chase looked comfortable in each other’s company.

In the pictures obtained by the Daily Mail, the two of them can be seen stocking up on groceries at the organic grocery store named Whole Foods in Brooklyn, New York City. The dating rumors of the duo began swirling in the air after they attended a New York Rangers hockey game together earlier this month.

Soon after, Pete’s representative addressed the romance rumors of the duo and told TMZ that the two of them have been just ‘great friends’ since they met filming Bodies, Bodies, Bodies. During their latest outing, Chase and Davidson were seen chatting and exchanging ‘smiles at checkout.’ For the latest outing, Pete, who is currently dating the I Feel Pretty actress Emily Ratajkowski, opted for a grey hoodie, and black pants. He topped off his look with a pair of white sneakers.

The standup comedian concealed his eyes under a pair of black sunglasses, and left the supermarket with a purple tote bag. On the other hand, when we talk about Sui Wonders, she wore a charcoal grey jacket and paired it with red pants. She completed her outfit with a pair of black leather booties. For the unversed, Pete and Chase played each other’s love interest in the A24 thriller movie Bodies Bodies Bodies which debuted at the South by Southwest festival before hitting theaters in August.

The movie revolves around the life of a group of 20-somethings who get stuck at a remote mansion during a hurricane, and a party game gone wrong ends with a dead body on the ground and they try to find the killer among them. 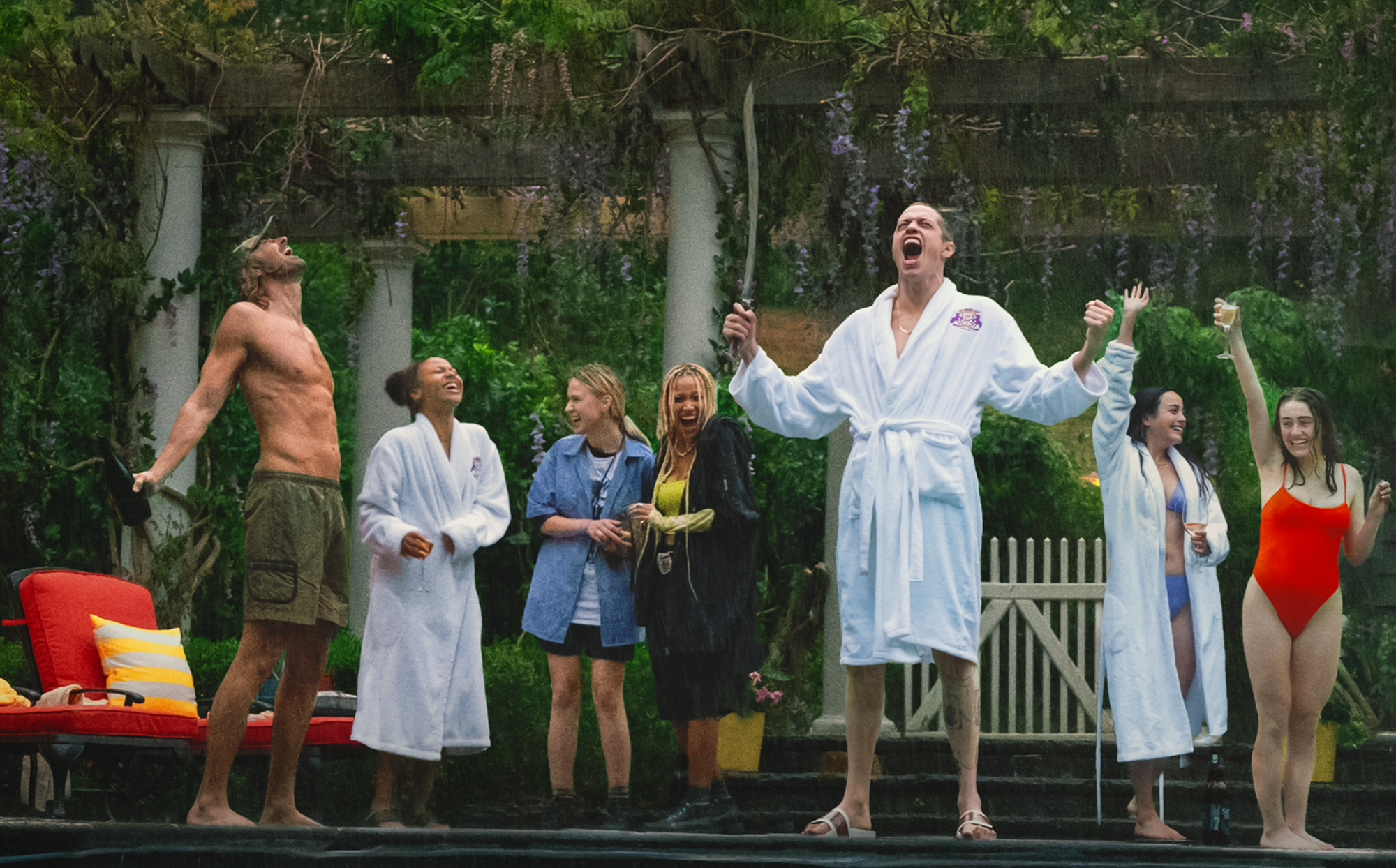 Along with Davidson and Sui Wonders, the movie also stars Amandla Stenberg, Maria Bakalova, Myha’la Herrold, Rachel Sennott, and Lee Pace. As per a report that came out in October, Chase will be joining the cast of Davidson’s new Peacock series Bupkis. The series has been described as a ‘fictionalized, heightened version of Davidson’s own life.’

Do you think Pete Davidson and Chase Sui Wonders would make a great couple? Kindly let us know your thoughts in the comments section below. Don’t forget to stay tuned with us for the latest updates from the world of showbiz.